U Sports is the Canadian league for university sport. Canadian interscholastic athletics has hugely improved in the last decade, seeing some of Canada’s best opt ,to stay at home, as opposed to heading south of the border to the NCAA. 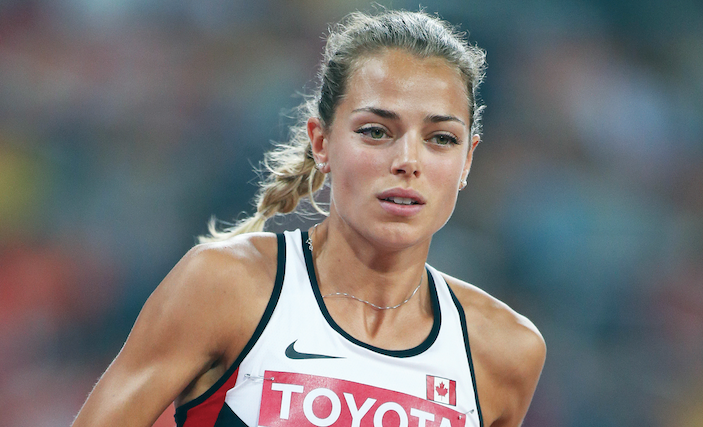 The NCAA has historically been on an entirely different playing field when compared to U Sports, or as it was formerly known, the CIS. Their athletes, on the whole, were jumping higher, running faster and throwing farther than those competing in Canada. But this trend is steadily changing.

Melissa Bishop, Gabriela Stafford, Jenna Westaway and Rachel Cliff are all Canadian record holders and all athletes who decided to stay in Canada to compete during their time in university. There are plenty of examples of athletes who competed in the NCAA and also have set Canadian records; that category is bigger, but the runners who stayed up north have set the bar high, and with every year the Canadian league is becoming stronger.

If we compare the top athletes from the NCAA and U Sports 2019 seasons, the upward trend of Canadian athletics becomes very apparent. A similar number of athletes qualify for each championship, with 12 making it to U Sports and 16 to the NCAA indoor championships.

The listed times are season’s bests, not necessarily championship results. While the athletes at the top in Canada are producing a similar calibre of results, the main difference between the two leagues is depth.

This is also a numbers game: the American population as of 2018 is 327 million, whereas Canada is only 37 million. Those are two drastically different numbers, and because of this discrepancy in size, it makes total sense that the NCAA is able to out-do Canadian leagues in terms of depth. But what is exciting is that at the top of Canadian competition, the athletes are internationally competitive, and their example will only encourage the younger generation of runners to strive for the same.