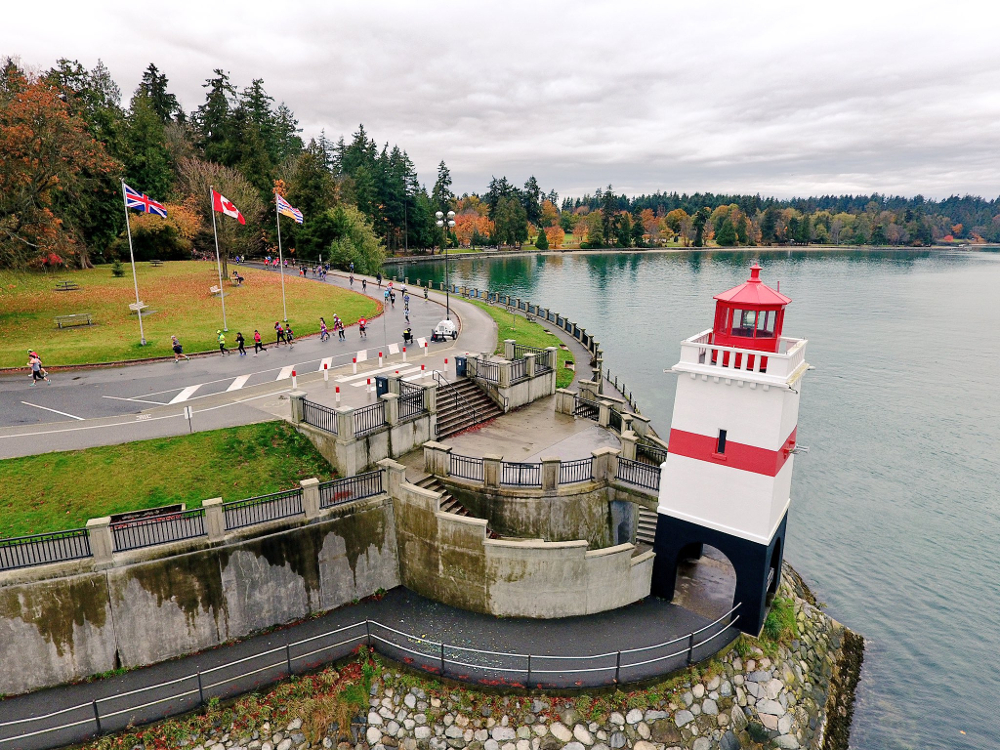 Vancouver’s half-marathon will no longer reflect Competitor Group’s Rock ‘n’ Roll brand. The race series has pulled out of the West Coast city.

It was announced late on Tuesday that the Rock ‘n’ Roll Half and the Seawall 10K would not disappear but instead it would be hosted entirely by local run group the Lions Gate Road Runners without Competitor Group’s presence. The Vancouver Rock ‘n’ Roll event was one of two in Canada. The Montreal race will continue as it always has. It will run on the weekend of Sept. 23 this year. Meanwhile, the Vancouver half-marathon and 10K will run free of its rocker theme on Oct. 21. That will be its 47th annual running on the year Canada turns 150.

“We were forced to make difficult decisions,” said Competitor Group’s director of public relations Dan Cruz who explained that 11 consecutive weekends of Rock ‘n’ Roll races was becoming a logistical problem for the company. He said that talks about cutting Vancouver out of the tour started happening in the fall. The fact that the race was always partially hosted by Lions Gate was consolation though. Cruz says that knowing that the event would continue under the local group even if Competitor Group pulled out, made the decision less difficult.

“The thing about Vancouver is it’s not a cancellation, it’s a continuation. There will still be an event. The local runners won’t be losing an event,” says Cruz.

He also adds that the company felt that they had not been able to dedicate resources in the British Columbia city the way that they would have liked. Vancouver didn’t exude the same Rock ‘n’ Roll vibe as, say, Las Vegas or Arizona.

President of Lions Gate Road Runners, Frank Stebner, thinks that this decision was an economic one.

“The reason that the Rock and Roll Series left Vancouver was the low Canadian dollar,” said Stebner.

“We parted on good terms,” he said. “The people at the Competitor Group have been fantastic to work with and will remain good friends. They also want to see the race do well in the future.”

Given that Lions Gate Road Runners founded the event in 1971, continuing to organize the Canadian staple event was a no-brainer. The 47th annual race will continue with support of original founders Dr. Jack Taunton and original 20 year race director Don Basham.

What about Rock ‘n’ Roll Montreal?

With Competitor Group cutting Vancouver out of its schedule, some Canadians may be wondering if more Rock ‘n’ Roll races are being cut and if the Montreal race is in jeopardy.

“There have been cities that haven’t worked out in the past, that’s no secret,” says Cruz. “We are constantly analyzing and aiming to improve and know where to focus our resources.”

As for Montreal, Cruz says Canadians need not worry. “We are dedicated to Montreal and to Canadian runners,” he says. “Montreal is one of the great travel destinations. We look forward to continuing that legacy.”

Some runners may be skeptical though as there was a bit of a hiccup with awarding runners their prize money. That issue should be solved soon if it isn’t already, says Cruz who explains that the late payment was due to clerical error and changes in accounting staff.

Elite awards has been a touchy subject for the company in the past. In 2013, they decided to pull their prize purse from their races– a decision which many were disappointed with. Is there a possibility of that happening again?

“That’s nothing that’s on the table,” says Cruz. “We will never live through that again. That was a bad management decision made by different management at a different time.”

Going forward, Competitor Group has bid to host the Canadian half-marathon championships in 2019. Athletics Canada requires that the chosen race for the event has an elite award system in place. Becoming that championship event host is a main discussion going on at Competitor Group as we speak.

“We believe that it could be a spectacular backdrop in the city of Montreal. We are committed to making that happen,” says Cruz.

The official statement made on Tuesday regarding the decision to drop Vancouver reads as follows:

“It is with sadness we announce that we have made the difficult decision to cancel this event.

While we are sad to be leaving beautiful Vancouver, for now, we are unable to deliver an event experience our participants, team, and stakeholders expect from the Rock ‘n’ Roll Marathon Series.

Our partner and historic operator, Lions Gate Road Runners, will resume management of the 47th Annual Cunningham Seawall 10K and Half Marathon in 2017.

Thank you for your support of the Rock ‘n’ Roll Vancouver Half Marathon & Cunningham Seawall 10K. We hope to see you at another Rock ‘n’ Roll race soon.”

For the full FAQ on the cancellation, see here.