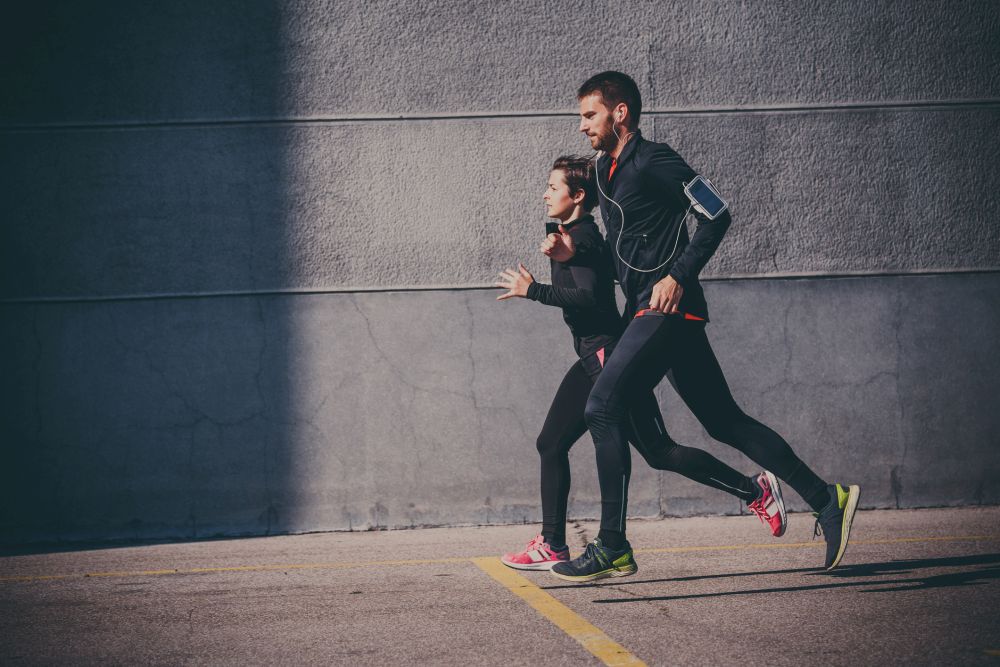 Most days, I don’t mind running. I enjoy company if it works, but it’s usually easier for me to suit my own schedule and get out when I can for as long as I need to. But one thing I do need other runners for is for hard workout days. I run intervals once a week and I’m so grateful for my group who shows up for some hard running. While we have different paces, knowing that everyone is doing their best and cheering each other on is enough to motivate me.

The runners that make up my group all come from a variety of backgrounds, ages and running experiences. We’re training for road races from 5K to the marathon and it’s great when runners of a similar pace can pick each other out and work together. Having those partners who match your pace is even better since you can take turns sharing the lead and mental focus throughout the workout. You’re more likely to get more out of yourself if you’re with someone who’s on the same level.

Recently I’ve noticed something though. Other runners seem to be able to work up to my pace only to sail right past me a short while later. As a woman in my forties who has been a consistent runner for years, I’m not expecting to make any huge gains in my times. I’m now training hard to continue to run as fast as I ever have. Inevitably, I will soon start to gradually slow down.

There’s some men in my training group who started behind me in terms of their fitness. Gradually, they caught up as they became more consistent. I get to enjoy working with them… and then, they start to inch ahead. At first, I think that likely they’re having a good day when I am a little off. But then a pattern emerges. They got faster than me.

Not long ago, I started a workout with my training buddy running three to four seconds ahead of me in each of our 800m repeats. We were to do eight in total with a minute of rest in between. By the end, I couldn’t match his recovery time and we weren’t running together at all. I had a good workout– I finished knowing I ran as solidly as I could. He was just stronger. It makes sense: oftentimes a man working at his top level is faster than a woman doing the same.

Younger women in my group will soon pass me too. I’m fine with it. Actually, I’m really excited for them to achieve their best. I also like having people to look ahead to in workouts. It’s a funny experience watching the conveyor belt of runners as they catch up to and then pass me by.

I’ll always enjoy training with others whether they’re faster or slower than me. When we’re all out there together, we bring out the best in each other. And I won’t stop encouraging people to get fast enough to run with me– even if it’s only for a short period of time before I’m seeing nothing but their tail ends.