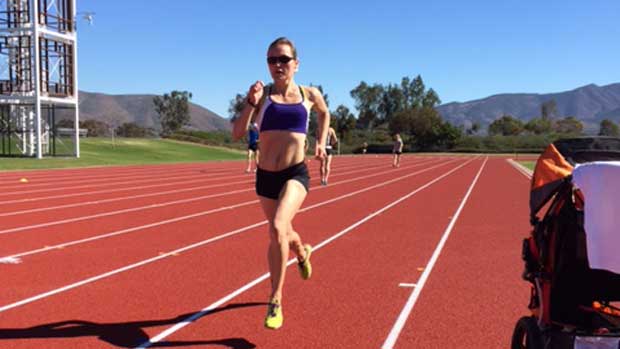 It’s incredible to think I’ve been a mom already for eight months. Time has flown by and we finally feel like we’re getting the hang of being parents, until a new stage arises. Theo is an awesome baby and I’m having so much fun watching him change and grow each day. 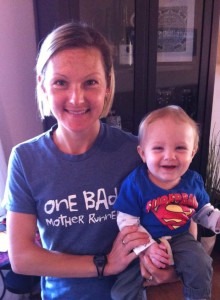 As for training, things have being progressing really well since I got my core and stability in check. I built back slowly with just easy running until December, when I started back with workouts. I’m almost back to full volume – about 90 per cent – and my speed and intensities are coming back faster than we expected but I still have some work to do at 1,500m race pace. Since I didn’t get my usual full fall of base training, I had to do a mini preparation phase of endurance training and tempo runs. However, with the race season quickly approaching, we had to start adding in intensity if I want any chance at getting fit enough to race a summer season. So, we started with a training approach that gets you the biggest bang for your buck, a series of VO2 max workouts (intervals of four to six minutes hard with equal rest) every seven to 10 days, mixed with tempo runs for aerobic threshold training and short speed or short hills to improve running economy. That helped get my fitness back on track and now we are starting to get into more 1,500m race paced work where my body is remembering what lactic acid feels like. Ouch!

It has been such an interesting process because I have been making pretty big gains week to week, which after a decade of professional running doesn’t happen so often. I haven’t had this kind of progress since high school. I’ve been lucky not to have had any major injuries during my professional running career, which has been nice for consistent training, so building back from nothing is not something I’m familiar with. I don’t think it’s been a bad thing from my body and mind to go through. 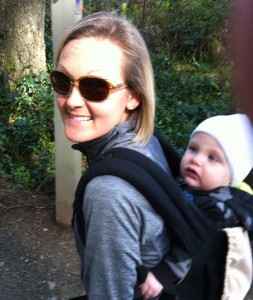 My perspective has definitely changed on what is ideal in terms of performance preparation. I don’t get so phased about not getting eight hours of sleep the night before a workout because I’ve seen how well my body can operate under less than ideal conditions. Don’t get me wrong, I do my best to get optimal training and recovery, but if it doesn’t happen, I don’t stress as much as I might have pre-baby. I’m pretty excited to just see what happens next. I’m enjoying the process of getting fitter and taking things week to week.

I ran my first race since October of 2013 two weeks ago. A local 5K road race to knock some rust off and remind my body how to hurt. It was so fun being back in race mode. It really felt like I hadn’t been away from it at all: the nerves, excited, focused, unknown, it all come back. I ended up running a personal best on the roads of 16:26. I don’t run them very often but it’s still a good indicator of where I’m at. I ran just slightly slower in 2012 leading into the Olympic year, which means I’m on track and all the hard work of starting from scratch is paying off! 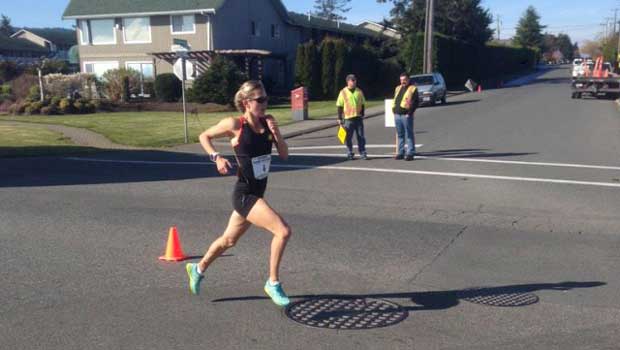 Next up I’m heading to Flagstaff, Ariz., to an altitude training camp in April, followed by my first 1,500m of the season on May 2 in California. I’m so excited to get back on the track!