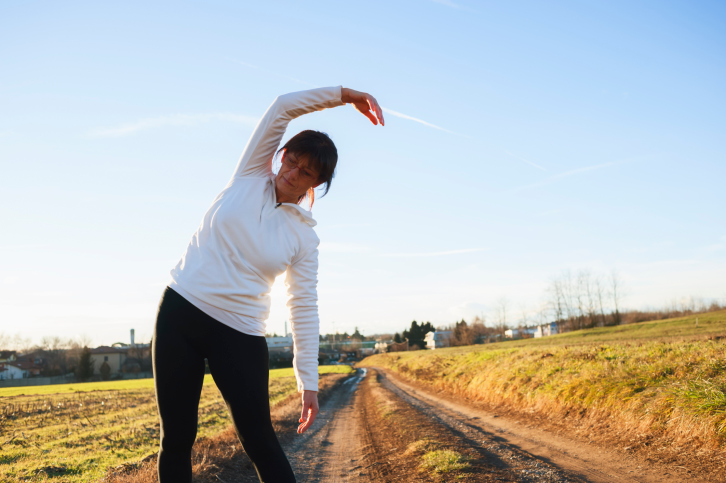 Middle-aged women looking to shed the pounds need to be cautious about their bones as well says a new study.

The U.S. study, published in The Journal of Clinical Endocrinology and Metabolism, says that middle-aged women losing moderate amounts of weight are at risk for losing bone density too. This holds true regardless of calcium intake or types of food consumed in the diet.

This sex-specific finding is likely influenced by hormones say the researchers. These results come after a two-year study consisting of 424 people between the ages of 30 and 70. All were overweight at the beginning of the research phase and each were instructed to follow one of four low calorie diets. About 60 percent of the participants were women.

They took measurements of bones at the beginning of the two-year period, six months in, and again after it was completed. On average, the women lost 6.4 percent of their body mass.

There were differences depending on whether the women had hit menopause yet. Post-menopausal women lost bone mass in both the spine and hips when they lost a moderate amount of weight. As for the menopausal participants, bone loss was linked to losing abdominal fat and for those who hasn’t yet reached menopause, bone loss was usually seen in just the hips.

People over the age of 50 are already advised to be keeping tabs on bone health. The loss of bone mass can result in osteoporosis or risk of stress fractures— something that will absolutely have you sitting out from running.

So if the goal is to slash the number on the scale, make sure you’re not neglecting bone health!