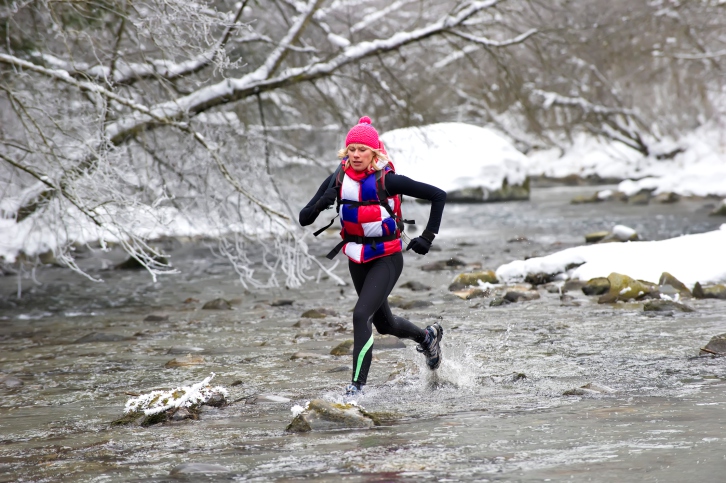 At what temperature is it too cold to run?

Generally, with the right clothing, there are few cities in Canada that experience regular, extended periods of temperatures that would be considered dangerously cold to run in, though there can be more unexpected elements when it’s very cold.

Human airways are remarkably good at warming the air we breathe. Even in the coldest of temperatures, air has been shown to reach body temperature by the time it makes its way to our lungs. Still, when it’s very cold outside the air also tends to be very dry, which can cause problems. Very dry air can irritate your throat and lungs, so wearing some sort of scarf or neck warmer to breathe through can be useful; it will help keep moisture in.

To run during the coldest days of the year, make sure you have moisture-wicking clothing as a base layer. One of the biggest barriers to running in extreme cold is sweat. It may seem backwards, but sweating a lot when you’re wearing many layers is a bad thing in the cold. It’s surprisingly easy to find yourself sweaty under the winter gear. This is bad, as the sweat can then freeze and cause frostbite and hypothermia. You shouldn’t feel completely warm when starting your run. Being a little bit chilly means you’ll warm up to a comfortable temperature and won’t sweat too much.

The most important things to remember when dressing for very cold runs is to make sure extremities are well covered. They’re the first to succumb to frostbite, which can become serious quite quickly.

In addition to dressing right, consider sticking to loops which don’t get too far from home. Staying within a few kilometres of home means, if you do feel as though you’re getting too cold, it’s not far to get back to warmth.

Though it’s rarely actually too cold to go out and run, one day off is not going to ruin your training, especially if you don’t think you have to right clothing for the weather. A week out from frostbite or illness is much worse than a day of rest at home.