Ethiopia’s Gelete Burka has won the Ottawa Marathon in 2:22:17, setting a new record for the women’s marathon on Canadian soil. She led the pack for most of the final 10K of the race. 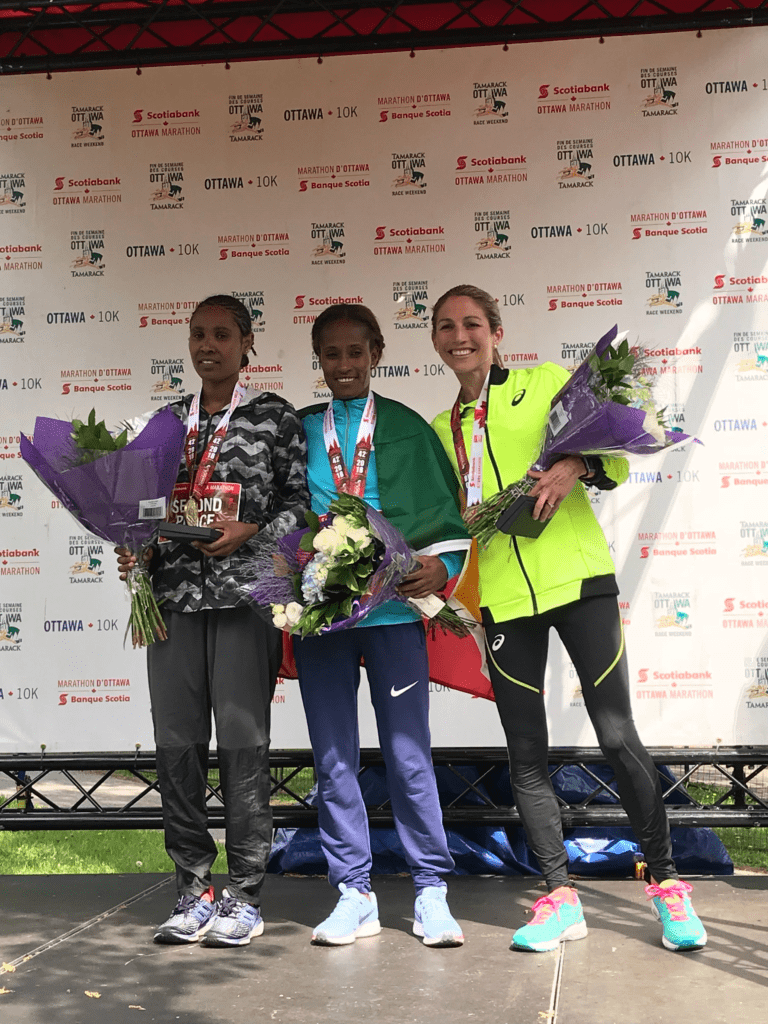 According to Japan Running News, Tsegay is now one of only five men in the world who have run 14 career marathons in under 2:10 (though Tsegaye Kebede has run 18).

Congrats to my young bro John korir today here in @OttawaMarathon finishing sec in his first marathon and the first Kenyan at time of 2.09.13 is way faster than my first marathon. Raising the next champion. To God be the glory pic.twitter.com/mSDCt39hcs

Tristan Woodfine of Cobden, Ont. was the first Canadian across the finish line (and 10th overall) on this muggy morning in Ottawa, in 2:18:55, setting himself a nine-minute PB in the process. Woodfine’s having an excellent season so far, having won the Montreal Half-Marathon in April.

Kait Toohey was the first Canadian to cross the finish line this morning, with a new PB of 2:45:07. Right behind her was Liza Howard, followed by Grace Baker.