Here are the Canadians who have made it to the upcoming finals in Zurich (August 29) and Brussels (September 6).

DeBues-Stafford has been such a strong (and unexpected) force in the 2019 Diamond League. The young Canadian has made the final in two events, something that’s very uncommon in middle distance running.

DeBues-Stafford began her record board rewrite in January of this year, opening her season with a 5,000m Canadian record. She then followed that up with a new indoor mile record, and ran her first-ever outdoor 5,000m at the Stockholm Diamond League, where she set a third Canadian record. Her fourth Canadian record came in Monaco where she ran the new outdoor mile record in 4:17.87. She followed Monaco up with a killer 1,500m run in London where she broke Lynn Kanuka’s record of 4:00.27 by one hundredth of a second, running 4:00.26.

Ahmed is another Canadian who has had a record-breaking summer. The Bowerman Track Club runner became the first Canadian to run under 13 minutes in the 5,000m–a mark he’s had his eye on for some time. His new record is 12:58.16. 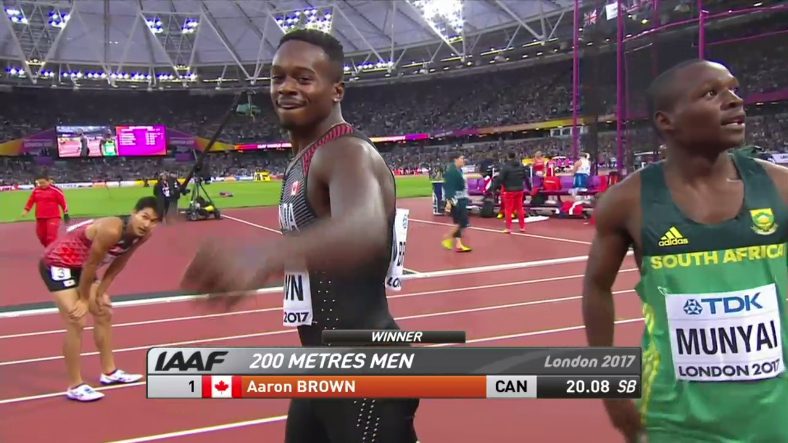 Brown’s best moment of the summer was likely defending his national 100m title at the Canadian Championships. He beat Andre De Grasse to take the title and has also gone sub-10 for the first time in his career this summer.

He’s made the final in the 200m and will be running against Noah Lyles, the man who keeps snagging Usian Bolt’s meet records. Lyles could drag the entire field to a historically fast 200m race.

De Grasse had a rocky 2017 and 2018 but his 2019 is trending in the right direction. While he hasn’t delivered any races quite like his 2016 Rio Olympics, there’s a real chance he could be in similar form by the upcoming World Championships and next year’s Olympics.

McBride has been extremely consistent this year and is fresh off of a Diamond League win in Paris. He’s run within striking distance of his Canadian record on several occasions and is in good form heading into the final. He set his Canadian record of 1:43.30 last summer in Monaco. 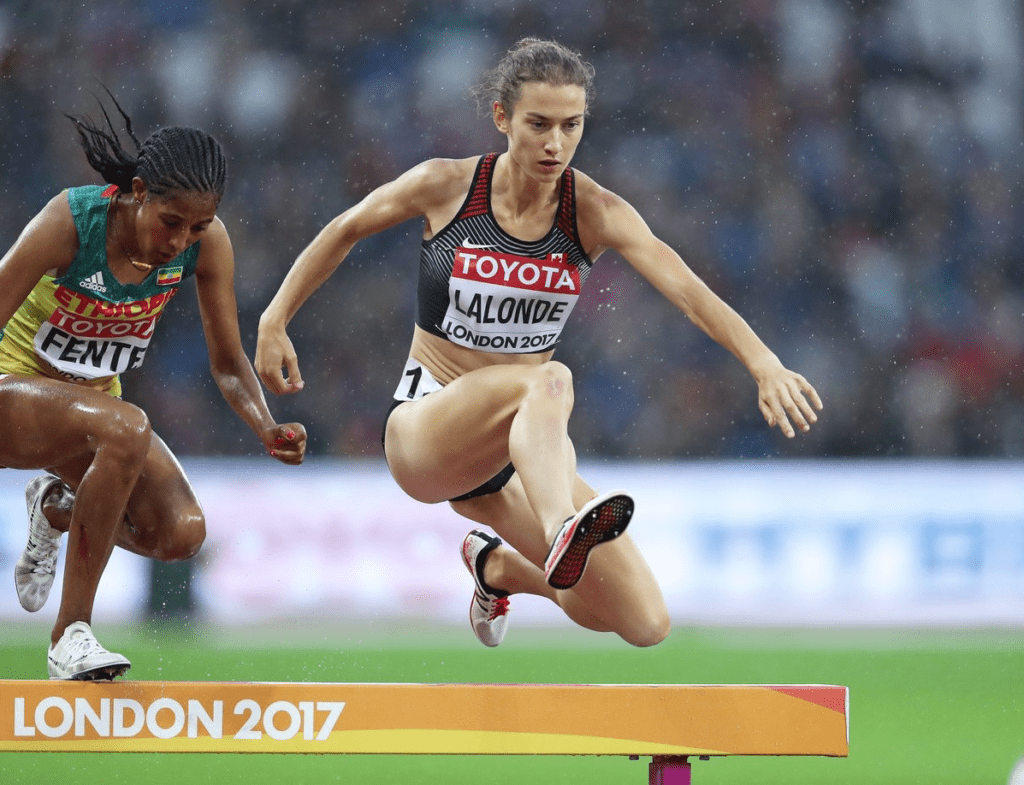 Lalonde broke her own Canadian 3,000m steeplechase record at the Shanghai Diamond League this summer in 9:29.82. Her previous record was set at 9:29.99 at the 2017 World Championships. She then went on to win her third-consecutive national championships in the steeplechase.

As with all Diamond League events, CBC.ca is streaming them live. Full schedule and start lists for the Zurich event (the first of the two finals) can be found here.