Ed Whitlock defied expectations and ran a 3:56 marathon on Sunday at the Scotiabank Toronto Waterfront Marathon, breaking the men’s 85-89 world record by more than 30 minutes. The 85-year-old Milton, Ont. resident ran in a 30-year-old singlet and 15-year-old Brooks shoes. 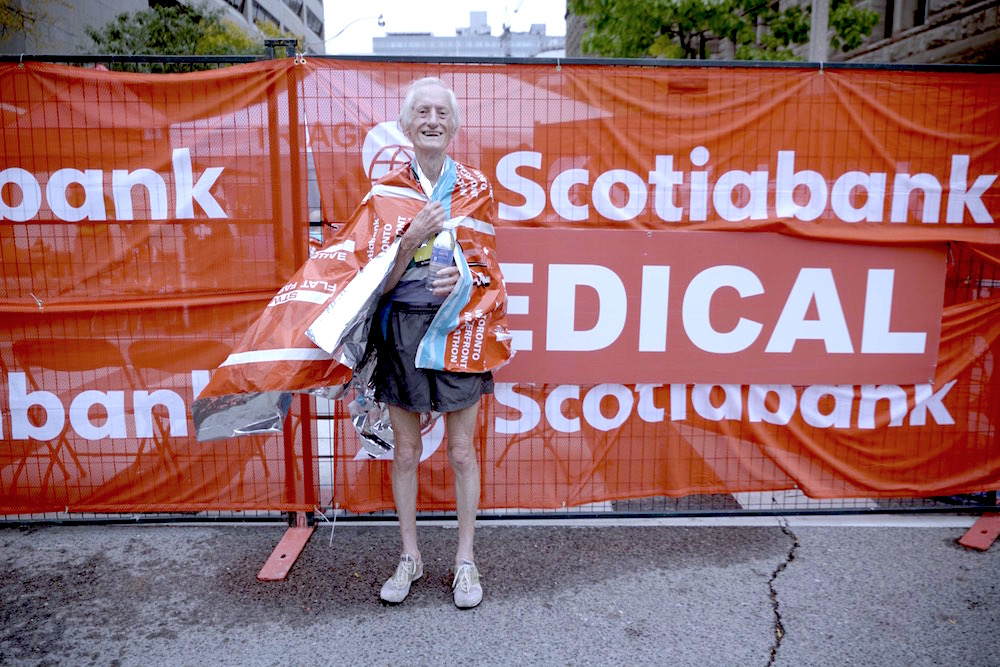 The previous world record was 4:34:55, set in 2004, according to the Association of Road Racing Statisticians. It’s being reported that his age-graded time equates to a 2:08 for the full marathon. It was Whitlock’s first marathon in three years. Among his lengthy list of accomplishments is being the only man over 70 to have broken three hours in the marathon.

Canadian Running caught up with Whitlock after the race.