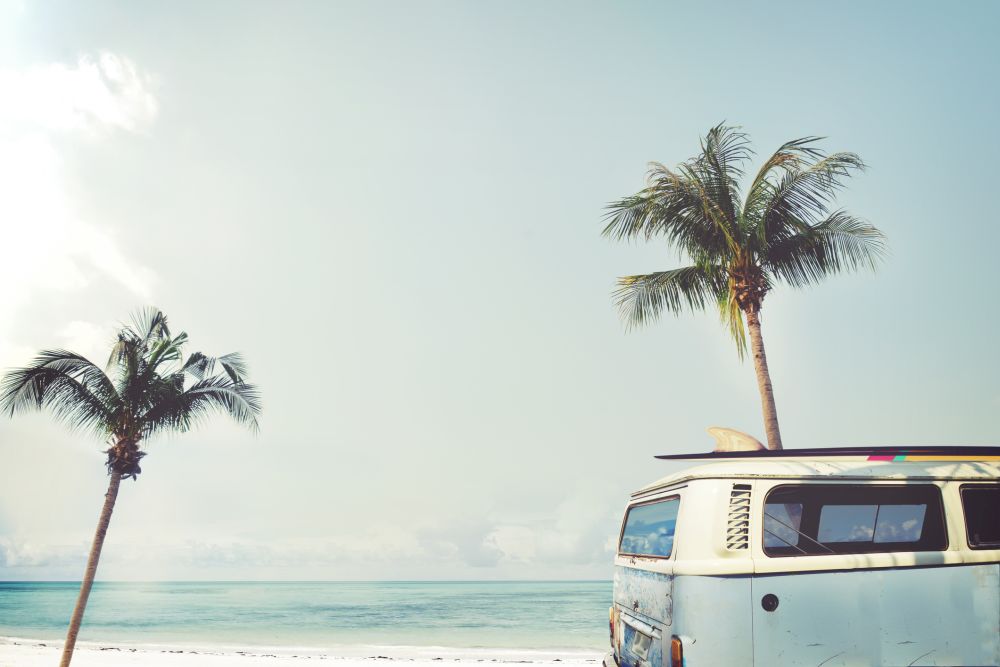 At some point in my teens, I made the commitment to go for a run every single time I visited a new place. During those years, my family travelled around the U.S. and Canada quite a bit. I tallied up the number of states I had been to as I crossed the border and eventually, I expanded that personal inventory to include the states in which I had gone running. This is something I stick to today because I believe that running is the best way to explore a new spot. I run on every vacation no questions asked – it’s my way of blending two of my biggest passions: fitness and travel. Soon, I’ll pack my bags again and leave for an extended period of travel down south. You can sure bet that the running shoes and gear will be given priority space in my luggage. Below are some of the things I’ve learned from running while away from home – and yes, I’ll be taking these tips with me.

Soon after I graduated from university, I took a trip to Brazil to visit a friend. Armed with very little travel experience and no knowledge of the local language in an area where it was wise to keep my wits about me, it didn’t seem likely that I’d be doing a whole lot of running. Then I met Marcela – my friend’s sister. As it turned out, Marcela shared my love of running and was in the midst of a training period. She showed me where the city’s running mecca was (I wouldn’t have found it on my own) and we ran together every single day, sipping coconut water upon recovery. The family even found a running club for me and I woke up at 5 a.m. to run up into the foothills to a spot that looked down on the city. It’s still the most memorable run I’ve ever been on and I wouldn’t (and shouldn’t) have run on those streets by myself. It was worth the slight discomfort that came with meeting a new group and not having the language to speak with them. When you become a “yes” person, rich experiences come your way.

Listen to what others suggest.

A couple years ago, I was running through a park in Medellin, Colombia when an officer on patrol stopped me. I thought perhaps I was doing something wrong but instead, he could tell that I was a visitor and wanted to point me to some of the trails just slightly off the main path that I may have missed. He gestured towards the top of a hill and sure enough, there were some gorgeous trails up there with others running. It certainly made my run that afternoon. When others want to show off the place in which they live, be grateful and take them up on it – they know what they’re talking about. Of course, take these suggestions while also making your personal safety the top priority.

Abandoning the run is a big mistake.

If you don’t run while abroad, you’re missing out. There are so many gems that just won’t be seen from a car or bus. By running in an area, you’re taking the time to explore it in greater detail. While away, there have been some things I’ve seen while running that enriched my overall experience in that place: a group of lizards sunbathing on the rocks in Cuba, a young girl eagerly running in Jamaica, street murals in Colombia, stray puppies in Brazil, blooming gardens in Ireland.

One of the things that’s so great about running is that it really doesn’t take much to take up the hobby – no matter where you live. As such, there are so many people around the world who share this passion. When two lifestyles may otherwise have no overlap, running can be the common thread. After a hot run along a touristy strip in Cuba, I settled down for a refreshing juice before heading back. I got chatting with the server who told me about his routes in the country, why he runs and the apparel he runs in. Running is a great conversation starter. Slowing down and really taking in what others have to say about it will reveal a lot both about the person who is sitting across from you and also about the place you’re visiting. Take the time to hear those stories.

It doesn’t have to be perfect, just run for the sake of it.

Who cares if it’s hot and you’re at altitude and your run is at a snail’s pace. If it’s teeming rain and slightly chilly, just plan to go anyway. I have never finished a run while abroad and thought to myself “I really wish I didn’t go out today.” If you lace up the shoes and go out even for a 20-minute easy-paced jog, you will get something from that experience. (When everything in the area is completely new to you, it’s impossible not to.) Take the opportunity while you can – who knows when you’ll be back again.