Lanni Marchant will be running both the 10,000m and the marathon at the Olympics in Rio this summer. When she’s not training in Kenya or racing around the world, Marchant is a criminal lawyer. The 32-year-old is the fastest Canadian women ever in the marathon with her 2:28 performance at the Scotiabank Toronto Waterfront Marathon.

She raced at the national championships in Edmonton in early July and was officially named to the Olympic team on July 11.

What’s in her race bag? She spills the details. 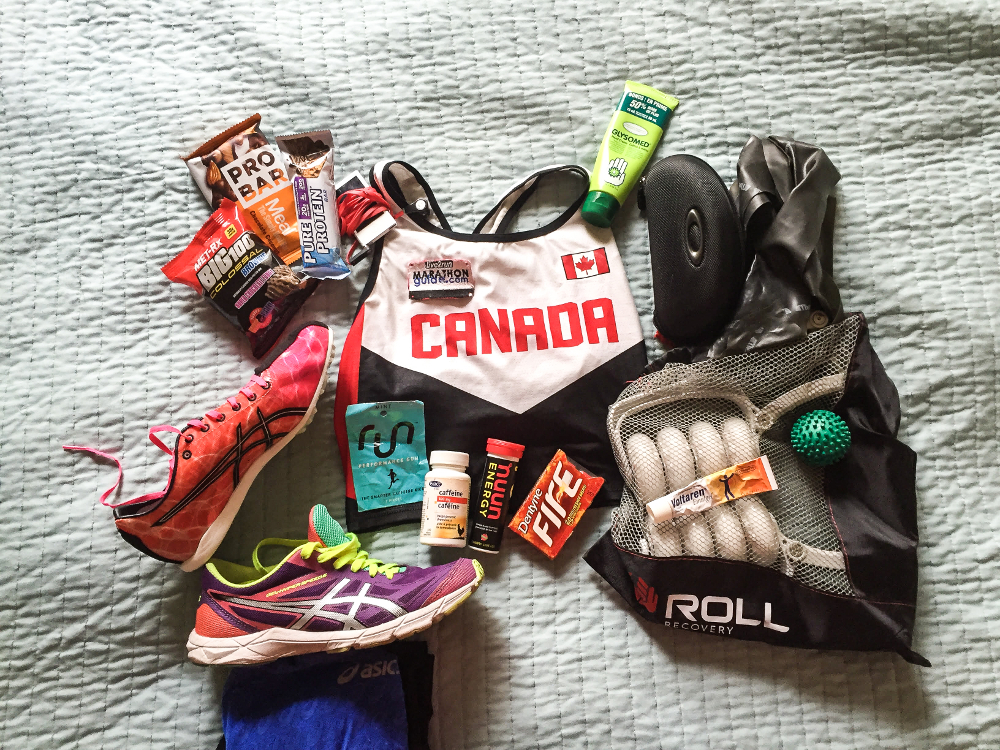 I usually have it and my race bottoms on under my warm-ups.

I have always chewed it for hard workouts, exams, long runs or before court. Even if I don’t chew it on race day, I always have a pack of it in my race bag.

For after the race.

Anyone who knows me well knows that I never leave home without it.

For any little niggles that decide to show up when nerves are kicking in and for any continuous warm-up I do.

Mostly just a security blanket to have it in my bag.

For after the race. Nothing is worse than being stuck in your sweaty gear for forever and a day.

My new addition! I like music and appear less crazy to be quasi-dancing when wearing earbuds.

Other editions of “What’s in my race bag:”