With marathon season now in full swing, many Canadians have their sights set on qualifying for Boston (and good luck to everyone trying to BQ at Vancouver, Toronto, Mississauga or elsewhere this month). Once that’s in the bag, you can relax! Right? Wrong. If you are successful at qualifying this year, it’s never too early to start thinking about where to stay for your big Boston debut.

RELATED: How to get into the major marathons

Of course, if you’re lucky enough to have friends or relatives in the Boston area who are willing to put you up, you’ll have no worries. But the rest of us must fret about where we will lay our heads after the biggest race of our lives almost as much as we fussed about whether we would BQ.

You may have heard the horror stories–that Boston hotels are booked a year in advance for the marathon. This is only partly true. If you’ve already been online to scout hotels for the weekend of April 13-16, 2019 (the marathon is always on the third Monday in April, which is the 15th next year), you may have found you couldn’t book anything, but it’s likely those hotels do not allow pre-booking more than a year in advance. Certainly there is a big contingent of runners who go to Boston every year, and who probably reserve their rooms a year ahead. And granted, hotels do sell out, and it’s not advisable to leave it til next winter. Though the marathon is not the only thing going on in Boston on that weekend, it does boost the city’s economy by almost $200 million, and the travel portion of that is significant.

Marriott Hotels operates two properties in the vicinity of the finish line. We spoke to Jason Davis, front office supervisor at the 81-room Courtyard Boston Copley Square, who told us that this year they were still selling rooms two weeks out. On the other hand, as a general rule, he admitted it’s not a bad idea to book as early as eight months ahead. The hotel does release some prepaid, advance-booking rooms eight to 10 months in advance.

Be prepared to pay dearly for the luxury of a room near the finish line. The travel metasearch engine and fare aggregator Kayak (which is owned by Priceline) shows the rate for a standard room at the Courtyard Boston Copley Square as US$834 per night (though rates on the hotel’s website are considerably less, so thorough research is definitely called for). You might have better luck with the bigger Boston Marriott Copley Place next door, which has 1,300 rooms. (Currently the rate we’re seeing on Kayak is US$813.) At the Courtyard by Marriott Boston in Brookline, which is a short commute by public transit, the rate is less than half that.

Marathon Tours and Travel is the official travel agency for the Boston Marathon, and offers discounts of 20 to 40 per cent off hundreds of rooms at over 40 hotels in the Boston area. They start taking reservations for the 2019 marathon tomorrow (Thursday, May 3, 2018) at 12 noon EDT.

The company also offers a three-night package that includes accommodation at the aforementioned Boston Marriott Copley Place (Saturday through Tuesday), pre-race pasta dinner Sunday evening and private coach transfer to the athletes’ village in Hopkinton. These packages will become available in early June, are limited to 100 people, and usually sell out within 24 hours. You can sign up for email alerts on Marathon Tours’ website. Note: the package does not include airfare or guaranteed race entry; entrants must either qualify or sign up to fundraise with a charity partner. 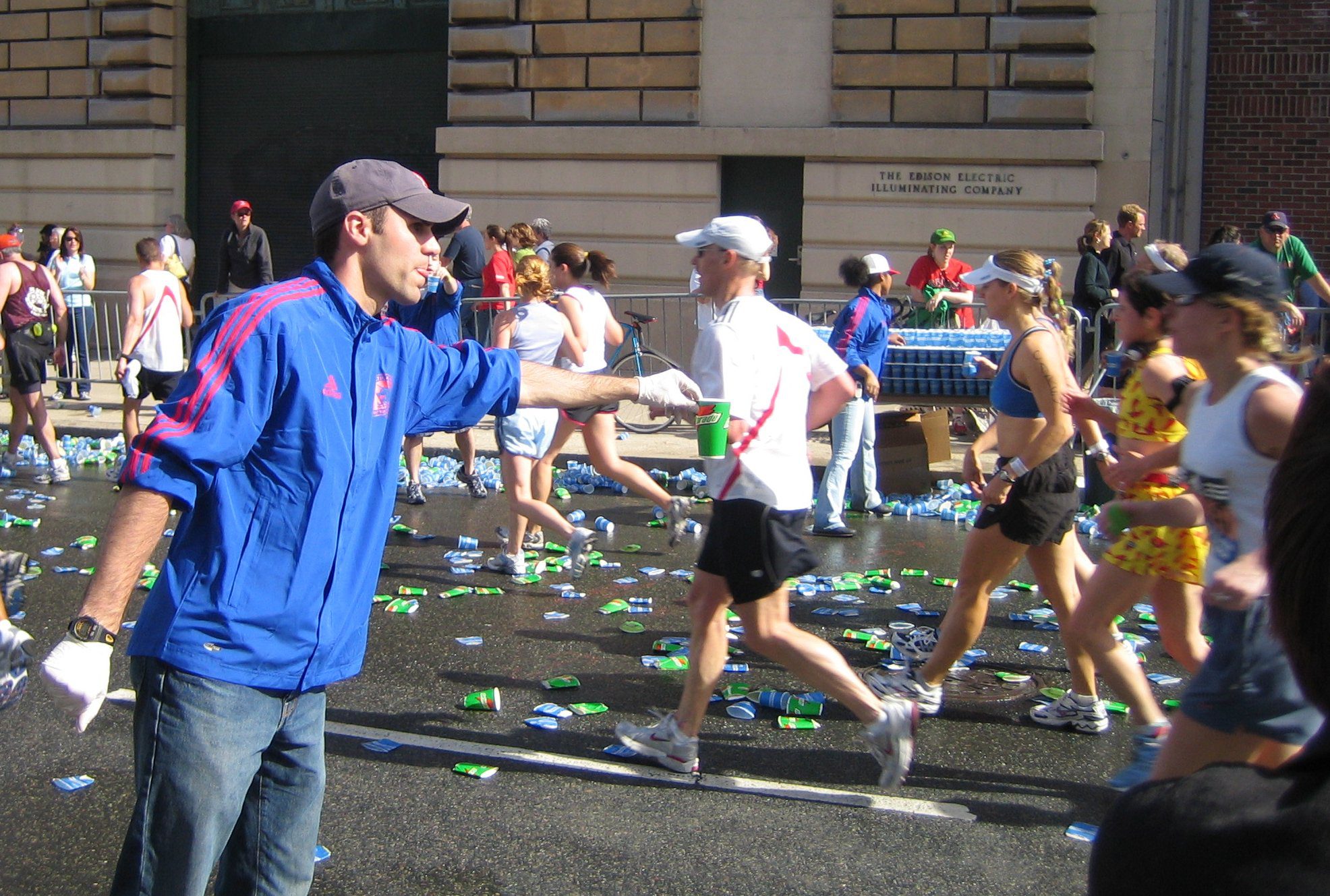 Of course, there is always Airbnb, which can be a good option for those who don’t mind staying in someone else’s place, though Airbnb has been accused of price gouging during marathon weekend.

One final piece of advice: to be on the safe side, aim to exceed your qualifying time by at least five minutes. Entry was offered only to those who exceeded their qualifying times for 2018 by three minutes and 23 seconds.