It isn’t a trick question. Some people really want to know. 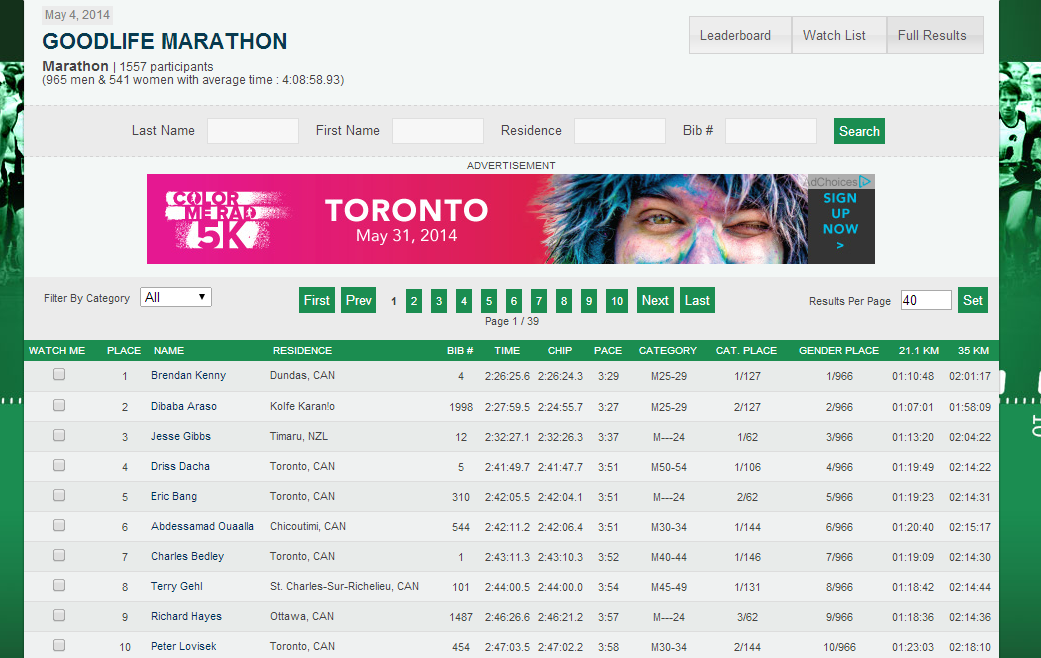 What’s most interesting though is that a closer look at the runner who placed second, Dibaba Araso of Kenya, shows a (gun) time of 2:27:59, but a ‘chip’ (time) of 2:24:56. That would have been one and a half minutes faster than Kenny and good enough for the outright win.

So what exactly happened and why wasn’t Araso declared the winner?

Araso is not the official winner because gun time – the time from the start of the race (gun) to when you cross the finish line – is considered the official time and used to determine the event winners. This is based on IAAF and Athletics Canada standards and widely practiced and accepted at any major running event. Chip time – the time elapsed between crossing the start and finish line – is used and displayed purely for personal interest and to track performance.

But if we accept that Araso does not win based on his slower gun time, we are still left wondering why his chip time is so much faster. It turns out there is a relatively simple explanation.

According to various reports from Sportstats and other race participants, Araso started the race several minutes late (some say by at least two minutes). He then proceeded to run really really fast and not only catch the race leaders, but pass them and gain a considerable lead. One witness reported that he already had a lead of almost a full minute at the halfway (21.1K) mark of the race, which he ran in 1:07 (almost four minutes faster than Kenny’s 1:10:48).

However his early and erratic pacing then most likely led to fatigue in the later stages where he slowed and was eventually passed by Kenny around the 37K mark and finished a full 90 seconds back.

An unusual situation to be sure. In the end, the runner who ran the fastest time is not declared the winner.

The lesson here seems obvious: Make sure you’re on time for the race start!