The Boston Marathon is only five weeks away, which means it’s time for runners who will be toeing the line in Hopkinton this April to start getting race-specific with their training. One of the most important aspects of Boston Marathon training is preparing to tackle the race’s first several kilometres, which are all downhill. Sounds easy, but downhill running can be very hard on your quads, making it harder to tackle the uphills that come later in the race. So what’s the best way to do that? Eccentric training may be the answer. 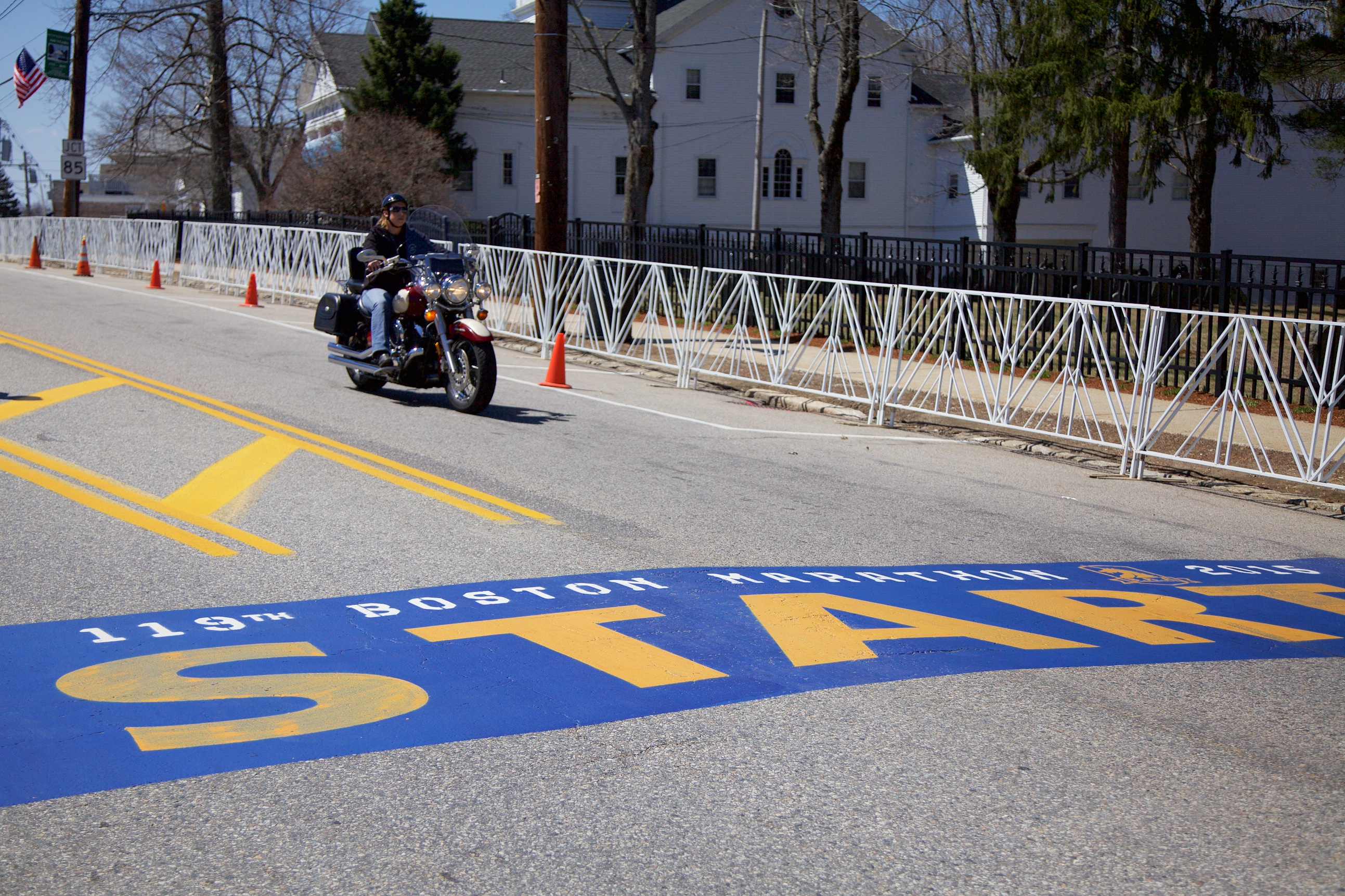 What is eccentric training?

An eccentric muscle contraction is the controlled lengthening of a muscle under tension. The lowering of a dumbbell during a bicep curl or running downhill are both examples of eccentric movements. In both cases, you are stretching (or lengthening) the muscle while simultaneously contracting it. Eccentric movements create more muscle damage, which rebuilds and strengthens your muscles to a greater extent than the concentric movement (the lifting phase). For this reason, eccentric training is much more effective for gaining strength and building muscle, but it also hurts a little more.

When you’re running downhill, it’s your quads that are doing the eccentric movement, along with your “anti-gravity” muscles, like your knee extensors, hip extensors, and the tibialis muscles located on either side of your shin bone. This is why, when you run a route that has several rolling hills (like the opening downhills on the Boston Marathon course), your quads and lower legs feel much more beat up afterward than if you had run on a flat road.

Running uphill feels much harder than running downhill because it cranks up your heart rate and requires a lot more energy, but over time, it’s the downhill sections of a course that will take their toll on your body. 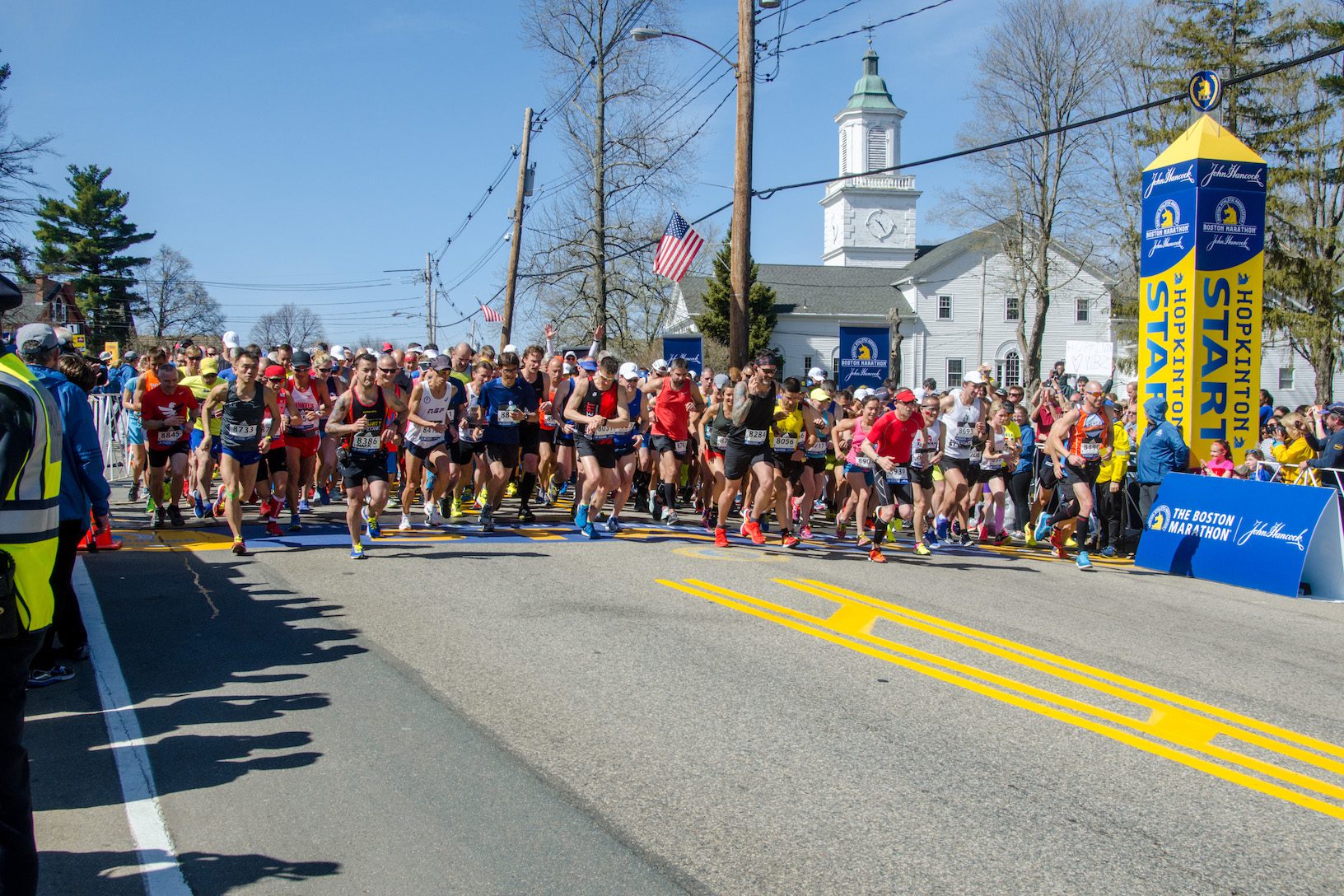 The four hills spread out over a five-mile (eight-kilometer) stretch between kilometres 15 and 33 of the Boston Marathon aren’t anything monstrous, but their placement on the course is late enough to make each of them feel like a doozy, and early enough to have to run that last quarter of the race on now-beat-up quads.

Adding eccentric movement to your strength training plan is simple. All you have to do is slow down the lowering portion of the exercise, and speed up the lifting portion. For example, when you’re doing a forward lunge, step forward, and lower yourself into the lunge for four counts, then push back to the starting position. Check out our eccentric exercise examples for inspiration. 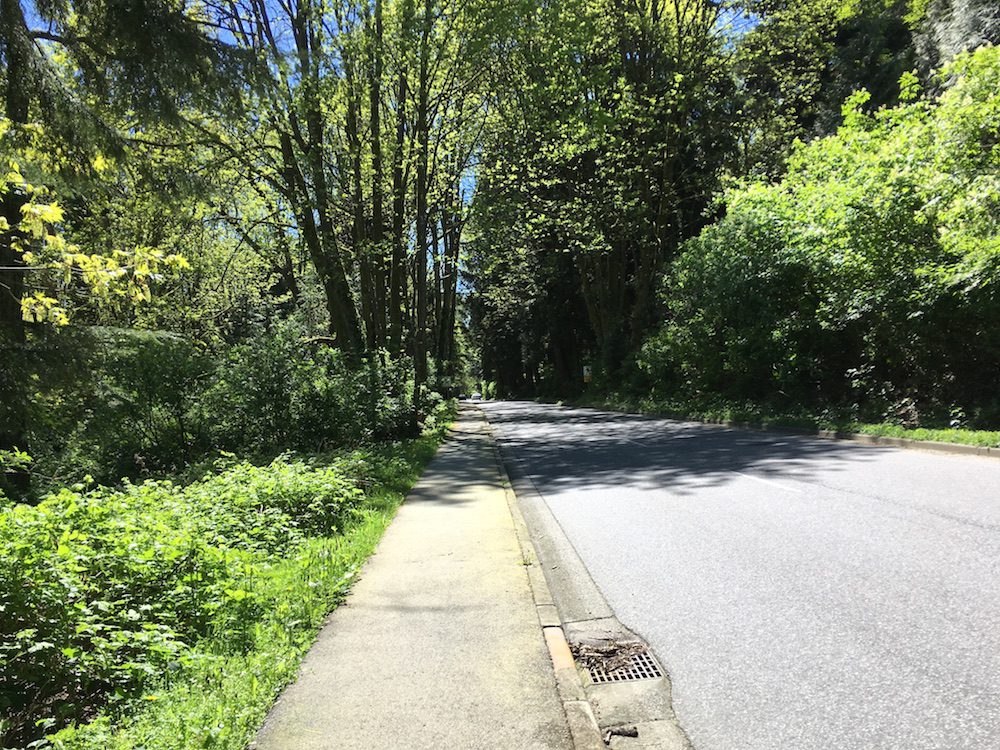 As we’ve already said, downhill running (as well as eccentric strength exercises) is much harder on your body, and while there are many benefits to this type of training, it also comes with a much higher risk of injury. The last thing you want is to develop an injury five weeks out from the Boston Marathon, so make sure you incorporate eccentric training into your routine in small doses, especially if you’re new to it.

If you’re adding eccentric movements into your strength workouts, don’t make them your entire workout — one or two per session will go a long way. When including downhill running into your workouts, consider mixing it in with a hill session (do half your intervals up the hill and half down), and don’t do any more than one downhill workout per week.

As always, if you’re not sure how to incorporate downhill running or eccentric exercises into your training, talk to a coach or physiotherapist, who will help you do so in a safe and effective way.