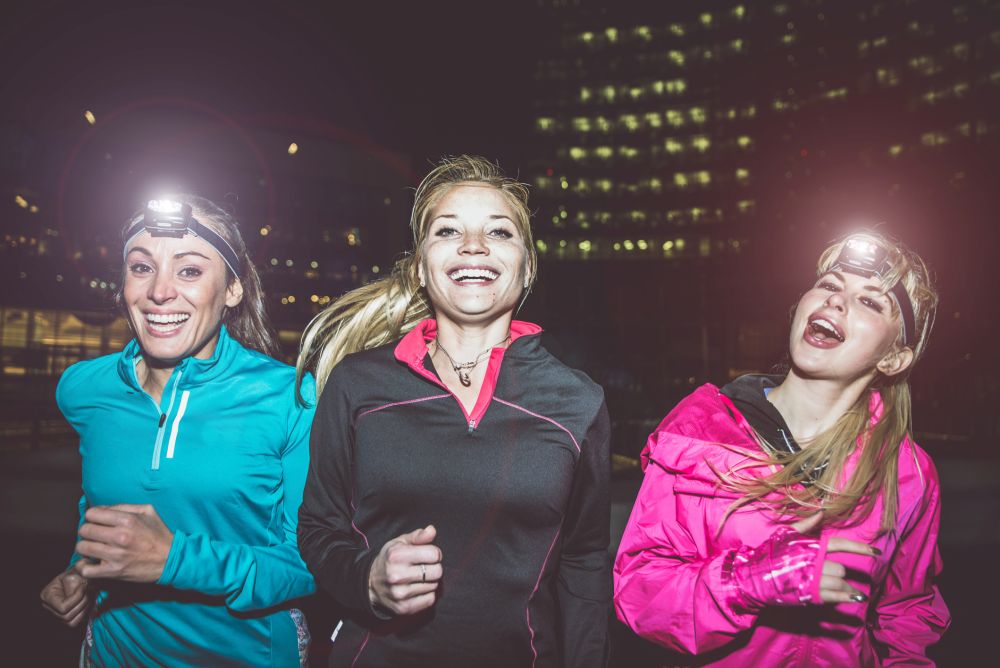 November is rarely a runner’s favourite time of year. Hey, most Canadians aren’t entirely thrilled about this calendar month. The chilly temperatures that have set in are only going to drop in the coming months, goal races are done for the season and future ones seem so far away. Now, with the clocks just having gone back an hour, evening runners are taking to their routes in the dark – and that can be a drag. If you’re going through a bit of a motivational dip with your running right about now, hey, we don’t blame you. However, do have a few ways to get over these late-fall blahs.

Kim Dawson is a sports psychologist who works with Canadian Olympic distance athletes and as a professor at Wilfrid Laurier University. We got to chat with her to ask her how runners should approach their fitness routines at this time of year when the motivation has dwindled (or disappeared entirely…).  Here’s what she advised:

Set a new schedule for the next six weeks

It’s unrealistic for runners to think that the workout schedule is going to be the same as it was in July. As Dawson points out, we’re tied to our circadian rhythms and with that comes tiredness and lethargy in the fall and winter. Accommodate for that. Dawson suggests thinking about November and December as one period because mentally, Canadians are at the beginning of the winter period. That means that we’re not yet into the fresh start of the new year, and spring is nowhere in sight. Plan a realistic weekly schedule for this block. “I always say drop down, not out,” says Dawson, meaning that it’s alright if there are fewer workouts, but do schedule them into your days to make sure that they happen. “Put them in and that’s when you’re going to do it. It’s non-negotiable,” she says.

Find the resources that will keep you on track

Perhaps it’s time to find a running buddy. Or maybe, committing to a running clinic or gym membership is what’s going to keep the mileage up. Cross-training is another good option for runners to keep fit in November and December. Now is the time to use whatever solutions you can think of. “Decrease the number of challenges and increase the resources you do have,” says Dawson. For example,”If dark is a real barrier, utilize weekends more,” she says.

Recognize winter as being a natural recovery period

“We have seasons in Canada for a reason and we’re always fighting against it,” says Dawson. “This is a natural recovery period.” In other words, it’s alright to take some downtime. During this time, she advises putting energy into the areas of life that often get neglected during a heavy training period but yet need to be maintained in order to be a healthy athlete overall. Now is the time to build the base and focus on relationships, sleep, diet and other interests.

RELATED: Why I make myself take an off-season

If you took Dawson’s advice and scheduled those three of four runs into your week, ignore negative thoughts once it comes time to do the work. You’ve committed and if you’re on the way to the gym to do that 40-minute run but are feeling the lack of motivation, simply don’t cave. You set up the game plan ahead of time, it doesn’t matter how you feel in the present.

Don’t be so hard on yourself

Again, winter energy levels are entirely different from summer’s. If you aim for a certain weekly mileage but fall just shy of hitting your target, recognize that winter comes with a slew of challenges. “Don’t beat yourself up,” says Dawson. “Don’t ask too much of yourself but maintain what you do have,” she says emphasizing that keeping close to your current fitness level is a good effort.