Marathons are pretty straightforward, right? You get on the line, you run 42.2K, you spend the rest of that week exhausted. But there are certain strange practices associated with marathon running that can go unnoticed by marathoners themselves, but are a little confusing to an outsider. Here’s photographic evidence.

Even our fabulous ⁦@BrightonMarathn⁩ Pacers get nervous with 20 minutes to go! pic.twitter.com/kGndZZQHaZ

This isn’t the weirdest balloon ever tied to a porta potty, this is a person who’s supposed to run 3:15 pace for the marathon going to the washroom before the race.

This isn’t a group of superhero impersonators, this is a bunch of people wearing tin foil to stay warm after their marathons. 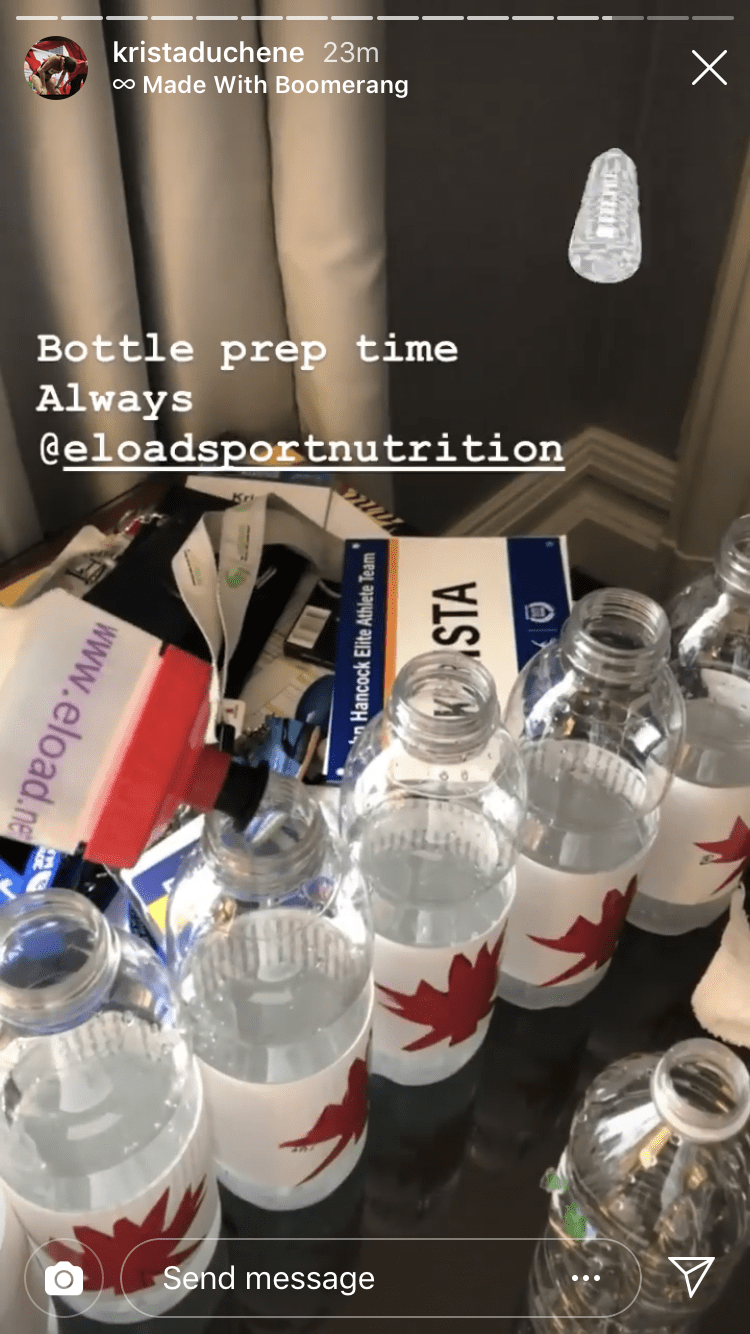 This isn’t an arts and crafts project, this is an Olympian making sure she can find her bottles quickly during her marathon.

Yes, this is an enormous spread of candy, but it’s also very quick energy. Every runner knows that when you’re in a pinch, candy goes down really easily and is a sugar hit to get you through the final stages of a race. Flat Coca-Cola also does the trick.

Not lost, just have to use the washroom

Here's Desi Linden looking over her shoulder, appearing to drop back to help Shalane Flanagan back to the lead pack after her bathroom break. pic.twitter.com/lizqcjZCKj

Last year at Boston Shalane Flanagan stopped for a washroom break mid-race. This isn’t uncommon, but to the uninitiated it can look like the runner is either dropping out or lost.

RELATED: Why you should start wearing toe spreaders

Most of the time, a runner isn’t wearing toe spreaders because they just got a pedicure (although that might not be a bad idea). Toe spreaders are used by some marathoners to work on their foot strength.

Runners bring Vaseline everywhere, and it’s not so their skin looks camera ready, it’s to prevent chafing. Don’t be surprised if you find a tub in a runner’s backpack or at the start line.