Just one day before toeing the line at the Chevron Houston Half-Marathon, Ben Flanagan announced he had signed with On Running in the second pro contract of his career. The Canadian 10K champion has been with Reebok since 2018 after finishing his collegiate career at the University of Michigan.

Leslie Sexton and Ben Flanagan are your 2021 Canadian 10K champions

In his time with Reebok, the 27-year-old from Kitchener, Ont. has seen a fair amount of success. In 2021 he dominated the roads, winning his second Falmouth Road Race, covering the 11.2-kilometre course in 32:16 in August. He followed that performance up with a win at the Canadian 10K championships in Toronto in October, running 28:42 for his first-ever appearance at a road 10K. One month later, he won Connecticut’s Manchester Road Race, completing the unique 7.6-kilometre distance in 21:22.

He kicked off 2022 with his first race as an On athlete at the Chevron Houston Half-Marathon, where he was just 10 seconds off Jeff Schiebler’s former 23-year-old Canadian half-marathon record of 61:28. His compatriot, Rory Linkletter, beat the record, running 61:08 for eighth place.

In an interview with Canadian Running ahead of Sunday’s half-marathon, Flanagan said he was planning on running a few 5,000m and 10,000m races this spring to secure a spot on Team Canada at the 2022 World Championships in Eugene, Ore., but may be turning his attention to the marathon next year. “Stepping up to the marathon this year might be a stretch, but I want to give myself a chance to qualify for Paris,” he said. 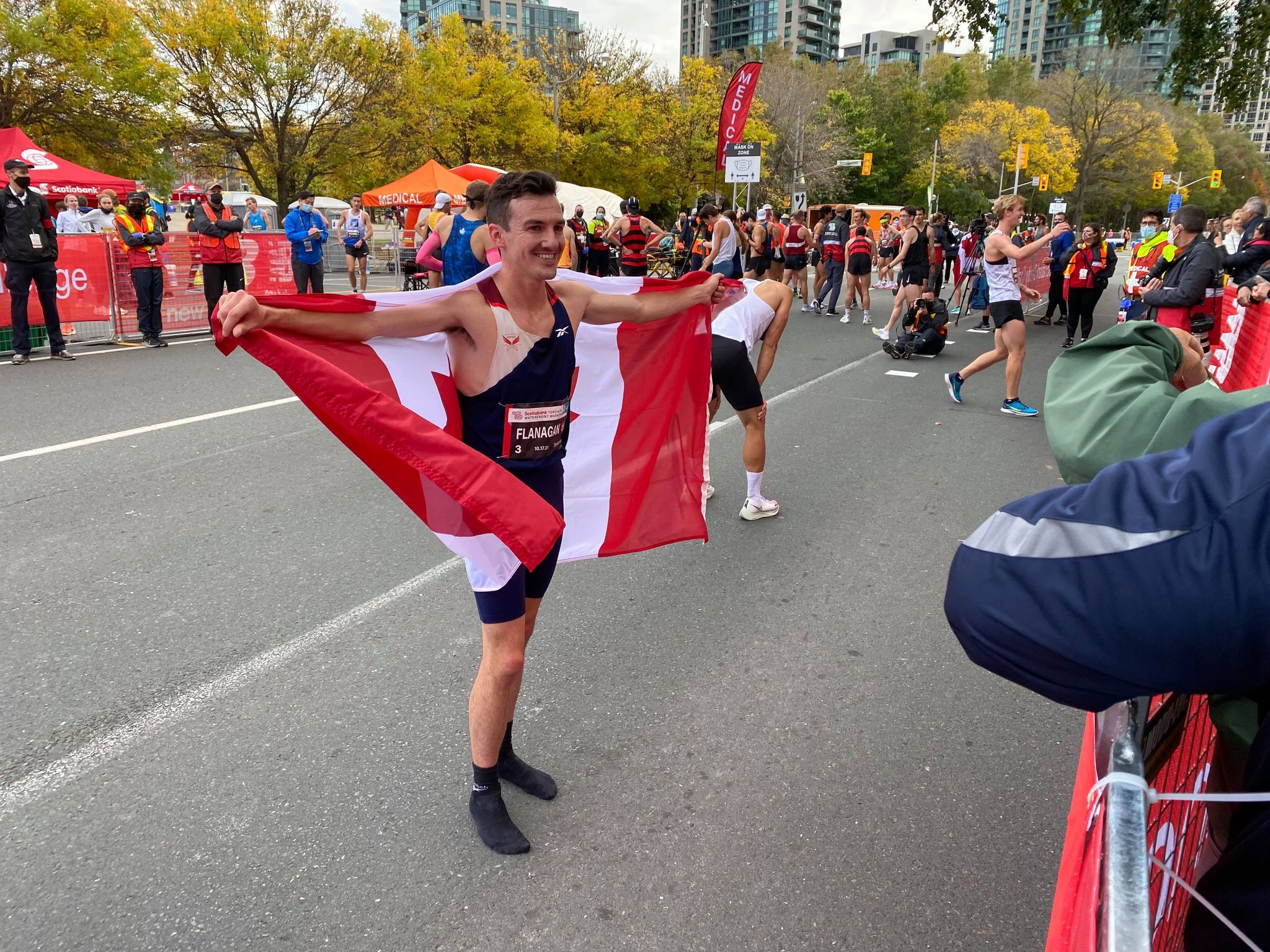 Flanagan has given Canadian fans a lot to watch in the last year, and with his new contract signed, we hope to see him continue to dominate the roads into 2022.