On a recent CTV News segment called Realities of Racism, former 100m world record-holder and Olympic champion Donovan Bailey spoke about the political unrest and protests in the U.S. that have arisen after the murder of George Floyd, a black man who was killed by a police officer in Minneapolis. This incident sparked outrage across the world, and while many Canadians have condemned this type of behaviour in the U.S., they refuse to admit that racism is an issue north of the border. Bailey took his time on CTV to make clear that Canada isn’t as perfect as we like to think, and we still have a long way to go when it comes to systemic racism in our country.

Former Canadian Olympian Donovan Bailey explains why he says there is “racism with a smile” in Canada. https://t.co/sUBHg1VftQ pic.twitter.com/ghOs1phQGg

As the number of protests grew across the U.S. and more and more people began to speak up about police brutality and systemic racism, the rest of the world took notice and started having their own conversations about racism. Too many Canadians have said that our country doesn’t have any problems (or at least not major problems) with racism, including Ontario Premier Doug Ford. He said that Canada doesn’t have systemic and deep roots of racism, as reported by CTV News (though he reversed his take the following day after his comments sparked a backlash).

Bailey told CTV News that he thinks racism in Canada might not be as “blatant” as it is in the U.S., but that doesn’t mean it doesn’t exist. “In Canada,” he said, “it’s racism with a smile.” He explained that black Canadians and other people of colour are allowed “into the room” and to apply for jobs, but he said this is more for show than any serious consideration.

“We know for sure that in many cases, [the] decision’s already been made,” he said. “I think that that’s a big part of the problem.”

We’ve been here before

In a 1996 interview with Sports Illustrated ahead of the Olympics, Bailey talked about racism in the U.S. and Canada, and he was quoted as having said, “Canada is as blatantly racist as the United States … We know it exists. People who don’t appear to be Canadian don’t get the same treatment.” 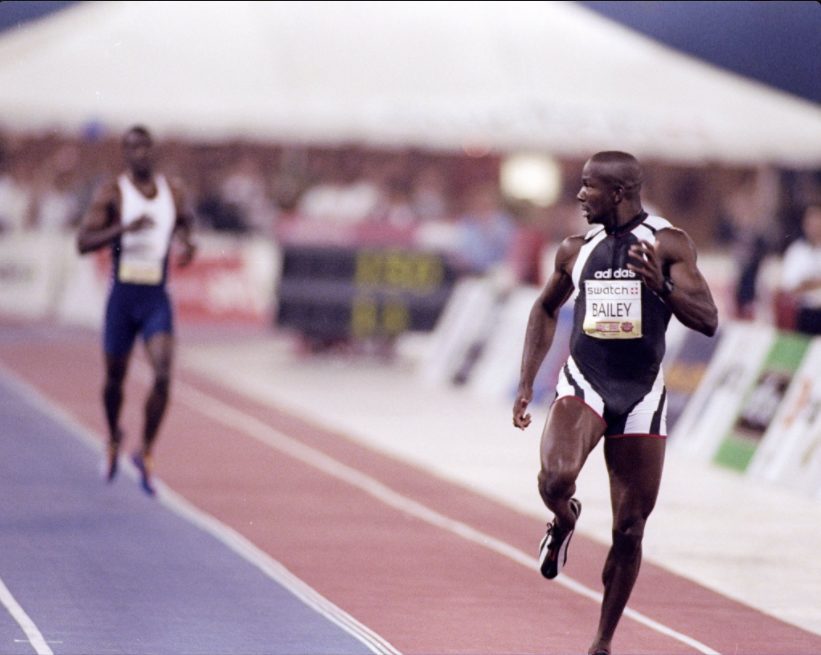 Not long after that article was released, Bailey corrected his statement in another interview, saying that he had been misquoted and had actually said that Canada is “not as blatantly racist as the United States, but it does exist.” What he said or didn’t say doesn’t matter much any more. Instead, 24 years later, the focus is on the issues surrounding racism that continue to plague both Canada and the U.S.

“I keep asking myself, and my friends,” he told CTV News, ‘Is this past two weeks just another episode of what we’ve seen so many times before, or is this [the] time we’re going to see some results?'”