Talking to runners can be intimidating. I have been running for decades and I still find myself occasionally searching up terms I overhear fellow-athletes use in casual conversation.

We’ve defined some commonly used acronyms so that you can throw around your running lingo like you’re the GOAT.

Running basics: I was wearing my HRM, but my HR was wonky for my entire LSD

HMP: half-marathon pace
HR: heart rate
HRM: heart rate monitor
HRV: heart rate variability (the fluctuation in the time intervals between adjacent heartbeats)
KOM/QOM: king of the mountain/queen of the mountain (a badge on Strava)
LR: long run
ER: easy run
LSD: long slow distance
MP: marathon pace
FOMO: fear of missing out (if I’m an IPSOS I have to miss all the races and I’ll be stuck at home with FOMO)
XT: cross train
XC: cross country
VO2 max: the maximum (max) rate (V) of oxygen (O₂) your body is able to use during exercise
FKT: fastest known time

Racing terms: “You had better start training for WSER or you’ll finish DFL”

Reovery and injuries: “I went out too hard in my BQ attempt, ran a PW, and now I’m an IPOS with FOMO” 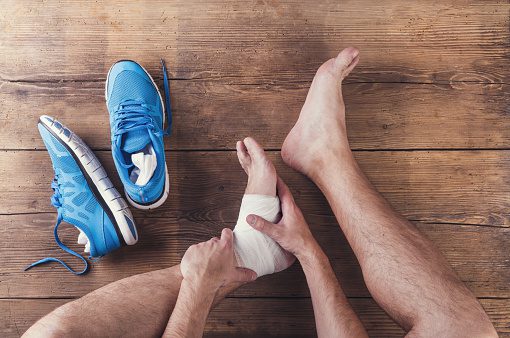 DOMS: delayed onset muscle soreness (why an easy run the day after a hard workout doesn’t hurt as much as expected)
IPOS: injured piece of sh*t
IT band: iliotibial band (the band of tissue that starts at the hip and runs down the outside of the thigh)
ITBS: iliotibial band syndrome
LEA: low energy availability
RED-S: relative energy deficiency in sport
RICE: rest, ice, compression, elevation (common injury-treatment advice)
IYNYN: If you know, you know (sometimes only those who have been there can truly understand)