Sprinter Karson Lehner, a third-year computer science student at the University of Saskatchewan, has been having a breakout 2020 season. He’s ranked first nationally in the 300m and sixth in the 60m. The Prince Albert, Sask. native came later to track and field than some runners, only seriously getting started in the sport late in his high school career, but he’s learned quickly and become one of the best in the collegiate business. 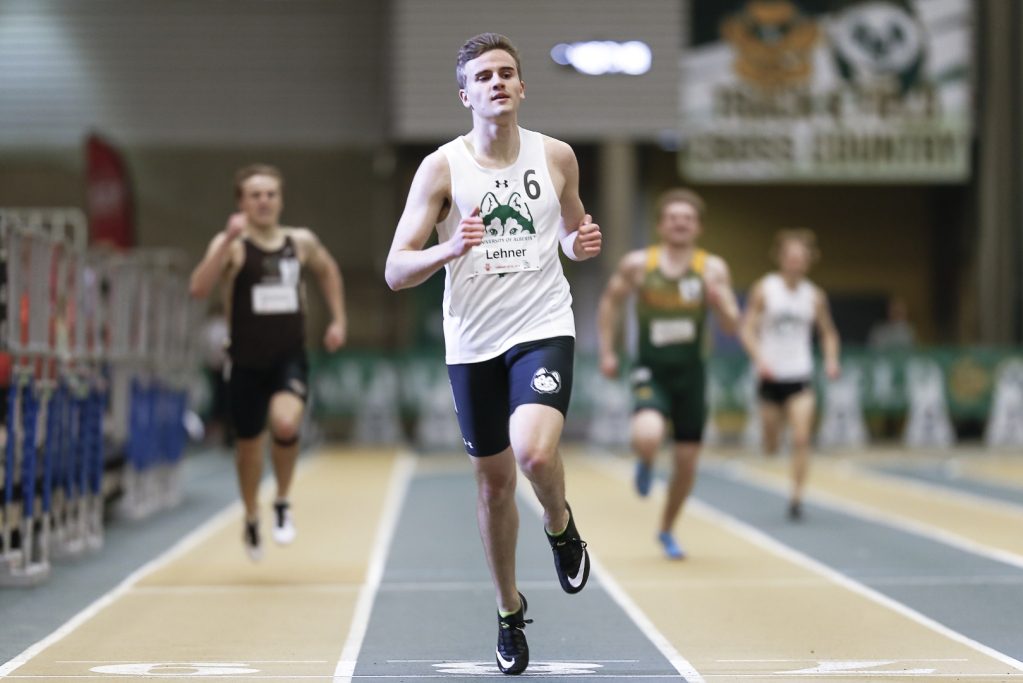 The U Sports national championships are still three weeks away, but Lehner has already run personal bests in both the 300m and the 60m. “Last year my fastest 300m time was 33.98, and just last weekend I ran 33.64. But, truthfully, the weekend before that I’d run a 33.55, but I was disqualified for stepping on the line, so it didn’t count.” As for Lehner’s 60m personal best, it’s from early in the season (back in December), so his sixth-place national ranking is likely to change come March.

Lehner started out as a hockey player who would run track at school, but he didn’t fully make the transition out of hockey and into running until after grade 11. He says his sister was a big inspiration for him: “My older sister was a really good runner. When I was looking to get into track, seeing her doing so well motivated me.” His sister, Katelyn, was third in the U Sports 60mH in 2019. 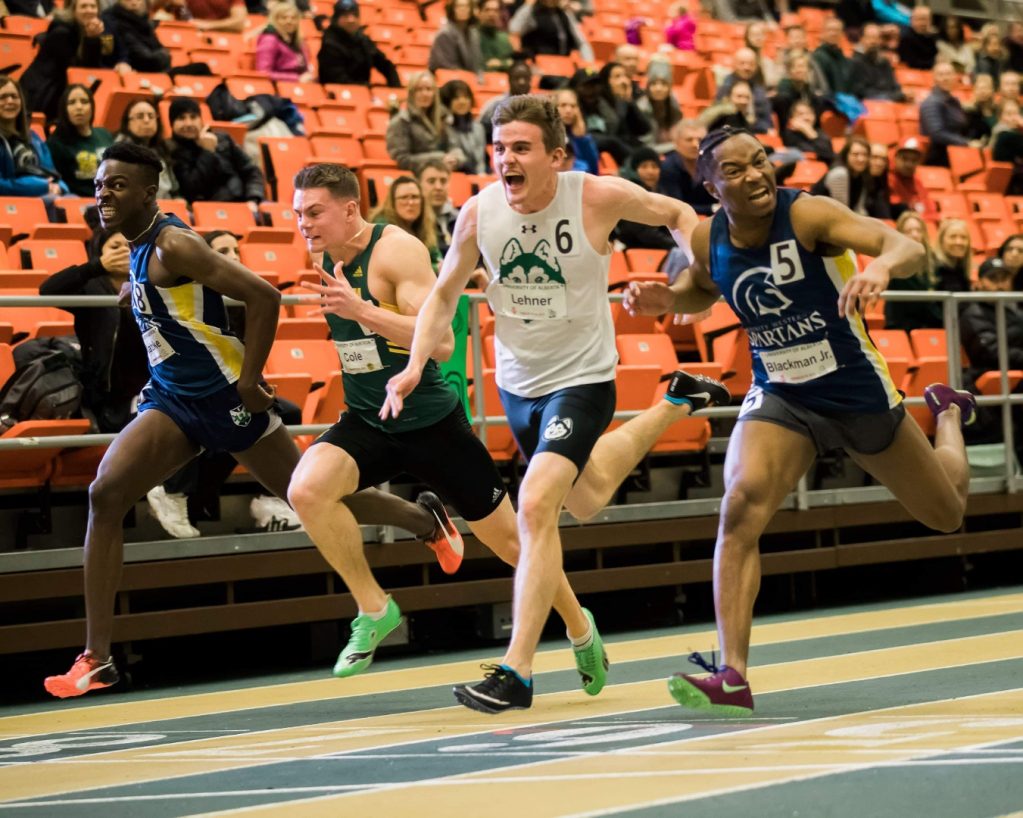 Lehner’s open-minded about his 2020 season, everything is going well so far, and he’s hoping to continue that momentum. “Everything’s been going really well both on and off the track and I think my times are just a reflection of that. For the summer season, I usually run the 100m and 200m. But because the times I’m posting in the 300m are getting down there, there might be a conversation about the 400m. It’s only 100 metres more, I guess.”

The men’s 400m is a wide-open event in Canada right now. Philip Osei was the top-ranked Canadian (not just in U Sports, in the whole country) in 2019, and so far, Lehner’s been running faster. A lot can change between now and the summer season, but Lehner’s certainly in a good position. He’s posting consistently fast times and improving over multiple events. But for now, the runner is focused on the championship at hand. “I’d like a couple of gold medals at U Sports–hopefully I can keep this up. There’s a lot of strong runners in our division [Can West] and out east. But I want to set my goals as high as I can.”

RELATED: Calgary Dinos: the underdog of U Sports cross-country

It’s not only Lehner who’s having a good year–his entire team is performing well. The men were the 2019 Can West champions and it’s looking like they could repeat for a second year (their biggest competition will be the Calgary Dinos).

Lehner explains that one of his favourite things about hockey was the feeling of being part of a team, and he’s thankful that he found a group of runners that interact the same way. “Even though track is an individual sport, it really feels like a team at my school. This was something I was looking for on my recruiting trips. Hockey is a tight-knit community and I wanted to have that feeling on the track as well. Thankfully, it really feels like I’m competing with my best friends.”

The Can West Championships will run February 21-22 in Saskatoon.