Michael Bergeron of Cavendish, P.E.I., has broken the 10K joggling world record he has been chasing for the last four years. Bergeron covered 10K in 34 minutes and 47 seconds while juggling three balls around 25 laps of the University of Prince Edward Island Athletics Track. 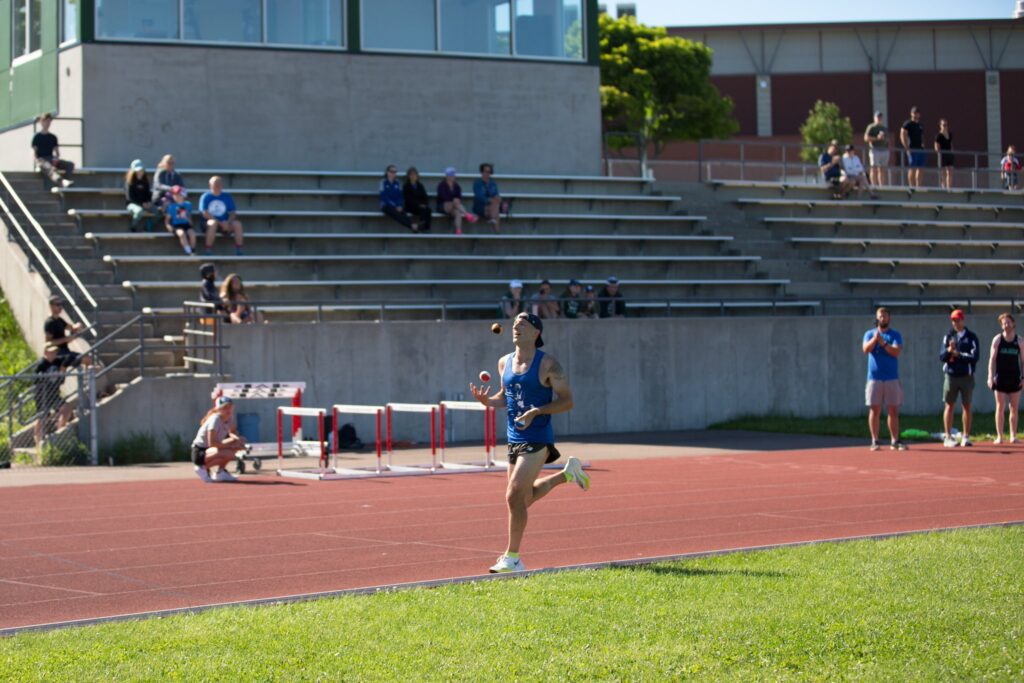 He previously attempted the 10K record in 2018, but his time was not ratified by Guinness World Records since it was done on an uncertified course. The previous record is held by Toronto’s Michal Kapral in a time of 36:27.

A Guinness World Record doesn’t happen by accident. In order to verify the event, there must be video evidence and two witness statements. Bergeron had several pacers in the race, while his friend Amber MacLeod recorded the race from the infield and his wife Jennie called splits for every 400m lap. “I am ecstatic about this record,” Bergeron says. “Breaking this record kept me motivated to train during the pandemic.”

This record isn’t Bergeron’s first; he currently holds the Guinness World Record for the fastest half marathon while juggling, 1:17:09 at the 2018 Toronto Waterfront Half Marathon.

Bergeron began running track when he was 13 and learned to juggle in high school. He brought his two hobbies together as a dare by a friend in university. He did his first juggling race in 2014 at a local 5K.