Nearly 13 years ago, Oakville, Ont. runner Lynn Keane’s life changed forever. On a late April day, she, her husband, her two daughters and many others who knew and loved their son, Daniel, became survivors of suicide loss. Since that day, Keane has had to follow a journey of radical transformation, which no one who hasn’t been through it could ever imagine taking. Recently, we spoke with Keane about her journey and how running and movement helped her find healing and peace. This is her story. 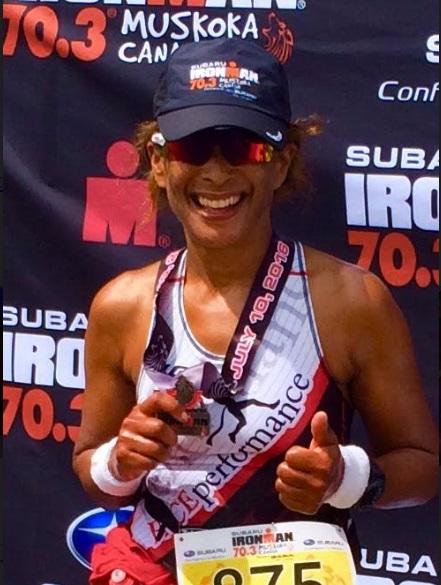 Keane’s life as a runner began in high school, when she competed as a sprinter. “As a teenager, I found joy in running high school track,” she says. “Sprinting around the track I was able to shed the labels and preconceived ideas that had been ascribed to me as a mixed-race kid growing up in Toronto.”

After several years away from the sport, she began running again as an adult, starting with 5K and eventually working her way up to a marathon. She says this process helped her build resilience and mental toughness that she would rely on to get her through the dark days ahead.

A few days after losing Daniel, when she and her family were struggling just to make it through the day, she put on her shoes and went for a run. “I needed to do something normal, and putting one foot in front of the other was so familiar,” she says. “It was also so healing because I could be alone, I could be outdoors and just scream at the sun, the moon — whatever. I could just be me and cry.” 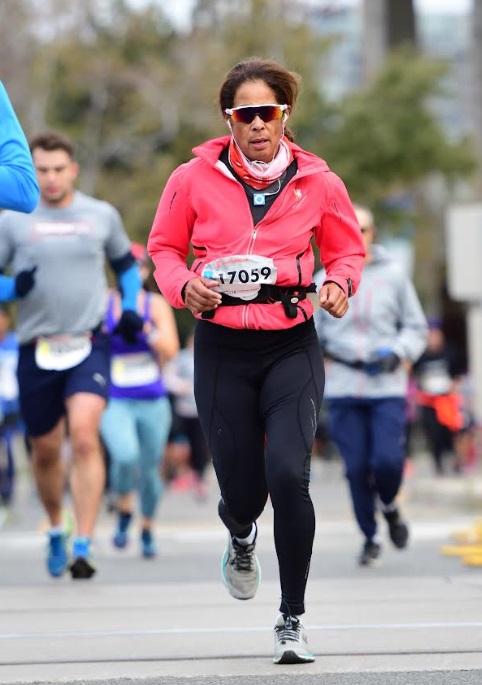 After that first run, she knew it was something she needed to do. If she couldn’t do anything else, she would run. She also began researching and speaking with medical professionals so she could begin to understand her son’s experience. “Over the years I’ve worked to accept the loss and figure out ways to make the world a better place for young people now that I have this knowledge,” she says, “but running was the catalyst. Once I could get back out and physically move my body, the brain started to follow.”

Keane describes movement as a healing act, and it has remained that way all these years later. “I think because you make a commitment to yourself, which requires discipline, and that’s when grit happens,” she says. “Whether you’re depending on yourself, or your run crew is depending on you to show up, there are all these little habits that come from being a regular runner that builds dependence on oneself.”

Keane has now finished 14 marathons and more than 20 half-marathons. She’s a five-time Boston Marathon finisher, has done six half-Ironmans and one full Ironman and was the co-founder and co-race director of the Muskoka Rocks Races for 16 years. “In 2015 I finished my first half (Ironman), and coming across the finish line was life-changing, because that was another moment when I said ‘you can do big things’,” she says. 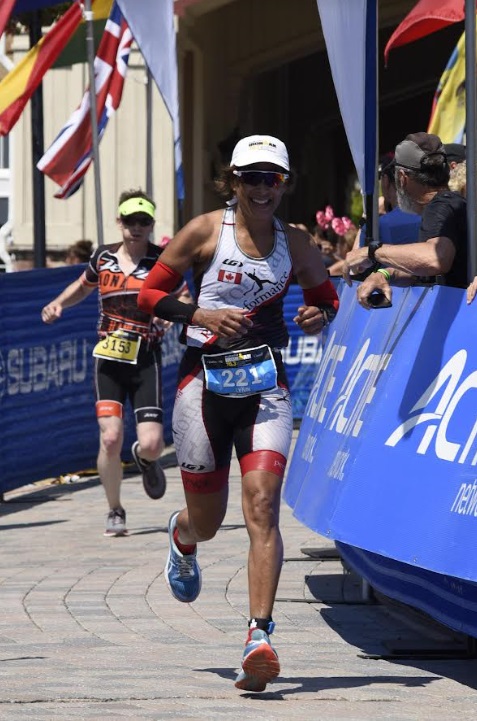 For anyone going through a difficult time or grappling with extreme loss, Keane says that in time, grief will not disappear, but will become part of you. “When you have these moments that are overwhelming, acknowledge them,” she says, “because in time, everything that you’ve gone through will serve to strengthen who you are.” She adds that it is an incredibly difficult process, but getting support from a professional, friend or someone you trust can go a long way toward helping you to heal. “Honour the pain, live in the pain, because if you don’t, you’re only putting it away for another day,” she says.

Aside from running and triathlons, Keane dealt with her loss by sharing Daniel’s story so others could see themselves and seek out the support they needed. “I wanted to offer real-time understanding around youth depression and anxiety, so that we, as family, friends and community could provide compassionate support from a place of knowledge and understanding,” she says.

“In sharing our son’s story, we are honouring his life and his time on Earth,” says Keane. “I know that Daniel’s story has helped to normalize conversations around youth mental illness and suicide prevention.”

“You have these horrific life experiences and you can choose to stay in that place… and of course, I did for a long time. And then one day, maybe you can see that little sliver,” says Keane. “That very little bit of light at the end of a very long tunnel and know that you can get to it, and on the other side is life again.”

Keane considers herself to be living proof of the resiliency of the human spirit. Running gave her strength she didn’t know she had until she needed it, and helped her get through the darkest moments of her life.

“When we push our body, we challenge our mind—gathering strength and fortifying ourselves for life,” she says. “Running and triathlon have served to strengthen my spirit, allowed me to survive trauma and find a greater purpose in life. That is my why.”

For more information about Keane’s advocacy work, check out her website, here. You can also follow her series about running, grief and radical transformation on her Instagram. If you or someone you know is suffering, you can access support through the Canada Suicide Prevention Services.