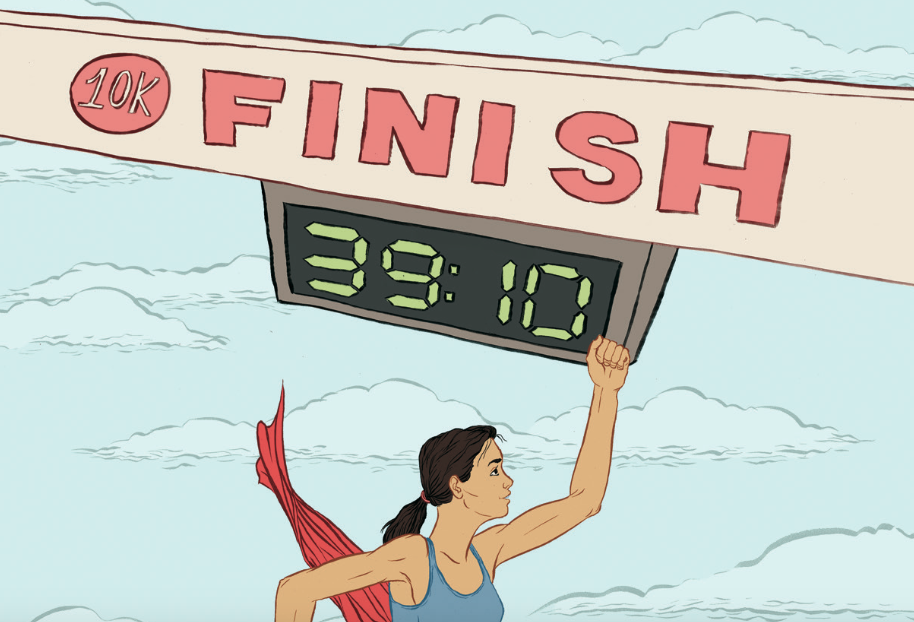 You just ran a race. As you get ready to throw on the sweats and do a cool down, chances are, some of these phrases are coming out of your mouth– or you’re overhearing them from those around you. Some are good, some you want to avoid…

This is often said by the runner who didn’t do so well. “I turned it into a tempo,” takes the sting out of running fast, but not near race pace. That said, sometimes things do go wrong or a runner is using the race as prep for their goal. In those cases, tempo running it is not such a bad idea.

We’re all hoping for a PB. But, factors like mud, wind, rain, hills or just not feeling as fast all come into play. Keep that in mind.

3. How did you find them hills?

We always love to chat about the rough parts of the course. Runners are obsessed with hills. If there are hills in a course, you want to know how others fared. And you can talk about hills for half an hour. Easily.

The goal race has been marked on the calendar for months! Waking up in the morning for the early training run, it’s the first thing on your mind. Once finished, there’s a gaping hole. Now what?

RELATED: What runners say when not running

Runners say this after a race because hey, if you raced hard, it probably is time for beer. No truer word!

“I caught the bug” also goes in this category. There’s no other runner’s high quite like the moments after the race. Runners finish pumped up; motivation is at its peak. It’s often in this moment when runners are inspired to do their first ever marathon.

7. That was the best/ worst organized race ever.

After runners are done comparing their times to each other, their rivals and their past performances, they compare races. This one was bigger, this one was faster, the cheer sections were quieter, the medal is smaller. Oftentimes, the conclusion is that it was the best or worst but nothing in between.

8. My IT band/ hamstring/knee/calf started acting up again.

This phrase is completely valid. After racing, runners want to consider every factor and that nagging injury that has been interrupting training was the biggest thing on the brain in the hours before heading to the start line. You crossed your fingers that your body would just be on its best behaviour. Was it?

9. Did you run the whole thing?

Said by beginner runners or to those tackling a new distance. For someone who was aiming to run their first 10K just to finish the full distance, it’s not uncommon for a training pal to ask if they reached that goal.

We’ve all been here. There’s no better way to learn a lesson like this other than the hard way… you’re on you way to becoming an “experienced runner” now.

And in case you were wondering, these foods are blacklisted night-before-race meals that you should totally eat afterwards.

Don’t. Just. Don’t. Unless this sentence ends with “I broke my leg in the process,” you’re going to seriously annoy the runner who you are complaining to. If you ran a PB, you’re running faster than you ever have before and still showing signs of improvement. There’s only positives here.

12. So when are we doing our easy shakeout run?

Said by the eager team mate. You just finish and though you want to sit down and stuff yourself, this diligent person is making sure the lactic acid doesn’t pool and ruin the week ahead. You need this person in your life.

This one is similar to “Time for beer.” If you ran hard, it’s now time for food.