Nike and the carbon-plated arms race have undeniably changed running. Yesterday, Nike released the Air Zoom Alphafly Next%, the shoe that most people thought would never hit the market. The shoe conveniently follows all of World Athletics’ new rules (released last Friday) perfectly, and could be their best carbon-plated shoe yet.

RELATED: The Nike Air Zoom Alphafly Next % is here, and it’s legal (probably)

World Athletics’ new rules set boundaries on the two biggest issues in shoe technology: availability and shoe construction. The availability rule will be enforced as of April 30, 2020 and the shoe specifications are effective immediately. The AlphaFly measures at 39.5 mm, 0.5 mm under the 40 mm cutoff, and will be available in limited release on February 29.

My understanding is that the new Nike AlphaFlys are crazily fast … and meet the World Athletics 40mm heel requirement. Expecting controversy at the USA marathon trials – and don't be surprised if there's an official WR in London pic.twitter.com/6O8VC5pAFd

Love or hate the company, they commercialized a technology in 2017 that had been in the works for over a decade, and consequently changed the running game. Carbon-plated shoes are here to stay, and beyond their assistance in the rewrite of every nation’s record board, here’s what they’ve done to our sport.

There are two categories of elites: those who are world class and those who are trying to punch through. If you’re in the category of world class, odds are you’re getting paid by a shoe company to run. If you’re trying to punch through, especially in Canada, you probably had what’s known as a gear deal. A gear deal is when companies send you product that you race and train in and post about on social media. For a runner who’s not making any money from their sport, this type of deal used to be appealing. Free shoes were better than paying for shoes. But now, those free shoes don’t look as appealing.

Nike released its first carbon-plated shoe in 2017, and over the past three years, versions of that shoe have taken over road racing. During that time, non-Nike athletes who weren’t making money from their began to wonder why they were not getting paid to wear their shoes, and also losing a competitive advantage. So, slowly, they’ve stopped wearing those shoes and started buying their own Nike product. That’s how Nike took over every corral in the race, including the elites.

It’s not just world class elites that have gotten faster. The Vaporfly elevated the game of runners of many different levels. Take the U.S. Olympic Marathon Trials, for example, where 511 women qualified (they had to run under 2:45:00, or a 1:13:00 half-marathon, to do so). That number’s higher than all the qualified men and women combined in 2016. For most of these people, running isn’t their sole focus, it’s just one aspect of their life which may include a family and a likely full-time job. But despite this, collectively they got really, really good. Part of this is due to the new technology they were wearing on their feet. This phenomenon can be seen not just in runners who are Olympic Trials qualified, but in those shattering personal bests that were years old.

Other brands took notice of this trend and realized if they wanted to be relevant, they needed a carbon-plated shoe. So they made them. Now, almost every major running brand is in the midst of bringing a plated racing shoe to market. Within the next six months, Saucony, New Balance, Brooks, Under Armour and Hoka One One will all have a commercially available carbon-plated shoe. 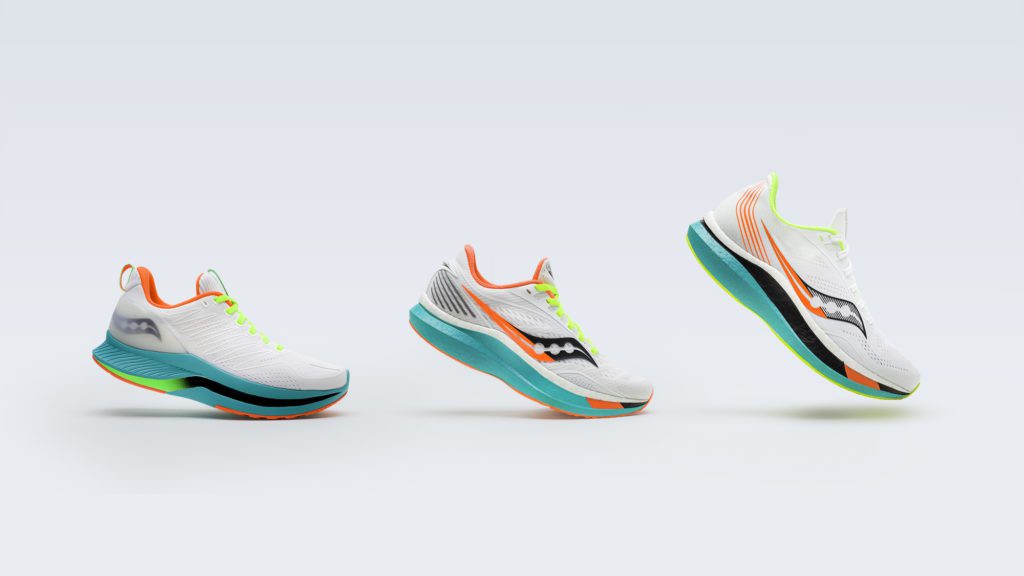 Where we go from here

Alex Hutchinson has written extensively on this topic (including in the current issue of Canadian Running Magazine). When asked what the future holds for running shoe technology, Hutchinson points out that we don’t actually know how good the Alphafly is yet. He wrote in an email, “Seeing Kipchoge run sub-two in the earlier prototype was obviously impressive, but there was a lot going on in that race. With the original Vaporfly, we had actual external lab data telling us how good it was. But for subsequent models, we’re just guessing. Just because it looks crazy doesn’t mean it’s substantially better than previous models. I guess we’ll find out—but for now, that knowledge gap makes predictions about the Alphafly’s impact difficult.”

Whether or not Nike followed the rules is for other people to decide, but the trend that has started is something that’s actually pretty exciting. Elites are no longer signing up for (almost) free advertising, the masses are accomplishing things they didn’t think possible and other brands are on a mission to level the playing field.