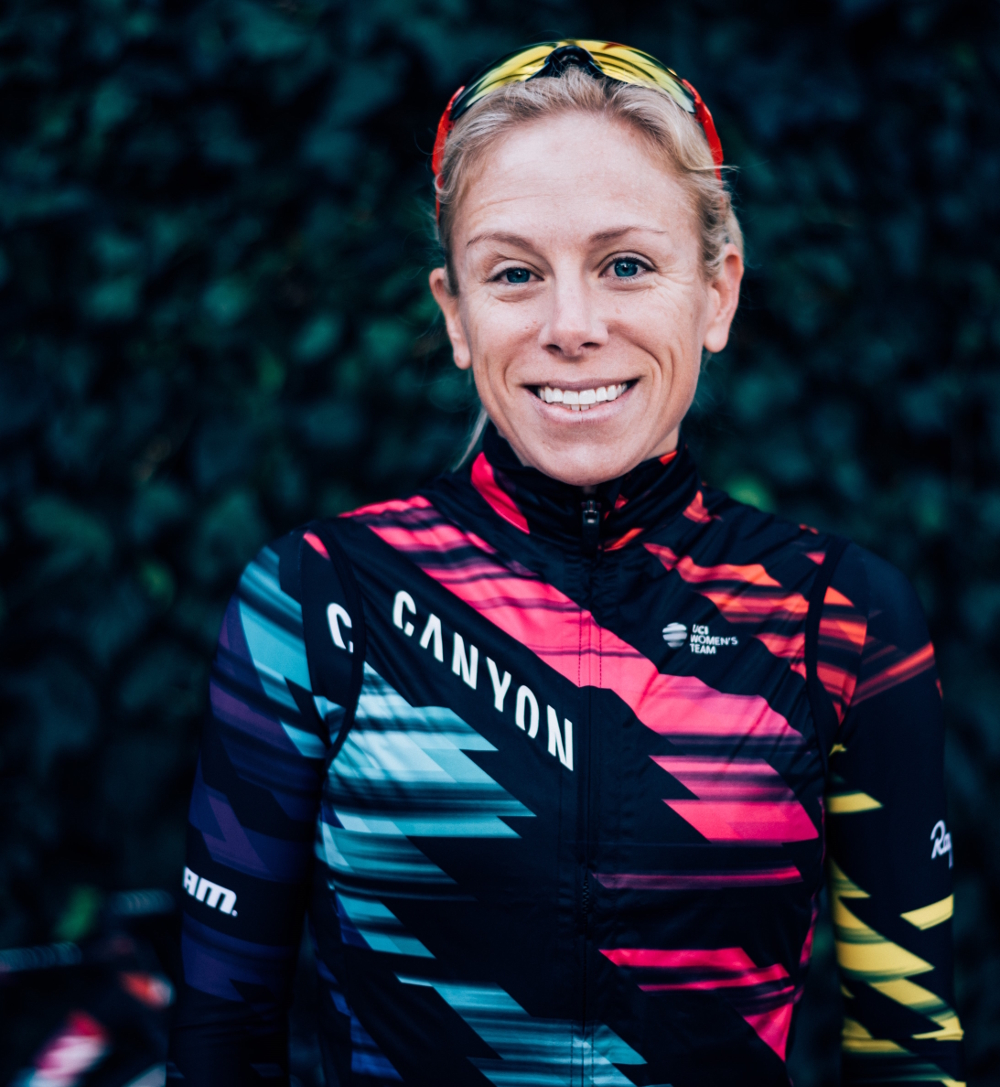 Leah Thorvilson, a former U.S. Olympic Marathon Trials qualifier, will race for Canyon-SRAM after being selected the winner of the Zwift Academy talent search

Canyon-SRAM is one of the top women’s teams in the world competing on the UCI Women’s WorldTour stage and has recruited 37-year-old American Leah Thorvilson from Little Rock, Ark. What is unusual about this particular signing are the circumstances in which Thorvilson was recruited by Canyon-SRAM.

It has been 11 months since the German-registered UCI women’s team announced a talent search in partnership with the online social cycling platform Zwift called Zwift Academy. Over 1,200 women from around the world participated in the competition for the chance to earn a contract with Canyon-SRAM for the 2017 season.

As a runner, Thorvilson ran as fast as 2:37:26 for the marathon including five career wins, four of those consecutive, at the Little Rock Marathon, including her latest in 2014. She competed in the U.S. Olympic Trials in the women’s marathon ahead of the 2012 London Games. She transitioned to cycling in 2015.

RELATED: Once a runner, Michael Woods fulfills lifelong dream of making the Olympics.

“Our team is about challenging conventions and we’re super proud of Leah,” said Canyon-SRAM rider Tiffany Cromwell, who announced the competition during a virtual group ride almost a year ago. “It’d be an honor to have any of the Zwift Academy finalists on the team for 2017. They’ve literally put their lives on hold for this opportunity, but Leah distinguished herself in making the final cut.”

“It’s been an incredible journey and a totally surreal experience,” said Thorvilson.

Certainly, Zwift is an unconventional way to get a professional cycling contract. Before being selected Thorvilson participated in group rides, structured workouts and the teams training camp in Majorca.

“Prior to Zwift Academy, I never would have guessed this was possible. [Finalists] Jessie and Yvonne are tremendous athletes whom I now consider close friends,” she said I’m so grateful for the opportunity, and I can’t wait to begin this next chapter with the CANYON//SRAM Racing team.”

To select the winner, it was first necessary to narrow down the list of athletes which was done over three rounds of competition. Canyon-SRAM sports director Beth Duryea, pursuit world champion Mike McCarthy and TrainSharp founder Jon Sharples made up a selection committee that analyzed data from the competitors online rides.

“Finding talent in cycling is a numbers game, in terms of casting the net wide and drawing performance data back in,” said Sharples. “That’s what excited us about the Zwift Academy concept. Indoor training provides the accessibility for participants, a safe environment to train and a controlled environment to analyse data, then Zwift adds the social element to build a community of riders and spur them on. It doesn’t surprise us that Leah is our winner. We’re looking forward to seeing how she can develop into a bike racer.”

The team director Ronny Lauke said that despite taking the chance with Zwift, the team was pleased to add a rider who they say a lot of potential in. “It makes one wonder how many more are overlooked,” Lauke said.

With an expected learning curve that will likely be extremely steep, Thorvilson is expected to make her professional racing debut in the spring.

Zwift, Canyon-SRAM, and Canyon confirmed that the Zwift Academy will return in 2017.