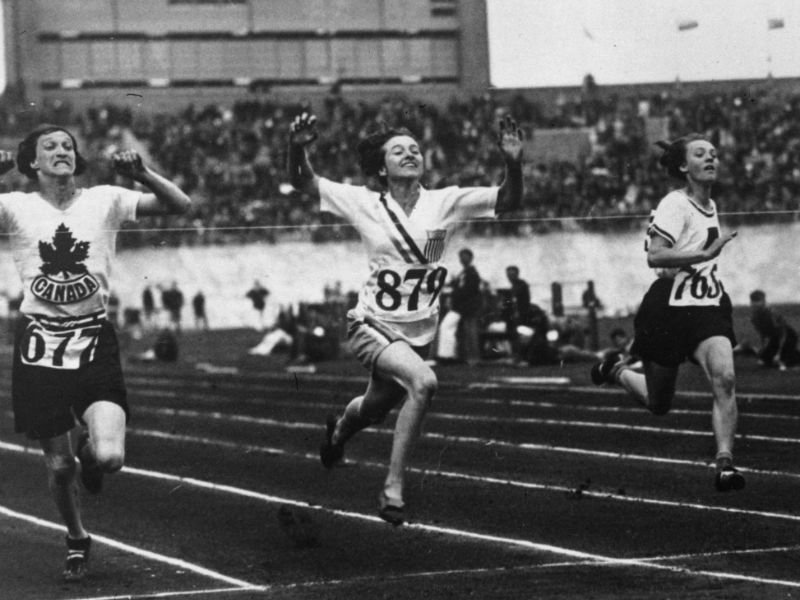 If you’re reading this you’re likely a runner. Notice I didn’t say you’re likely male or female, you’re likely over or under 40, you prefer skim to two per cent. This is because it doesn’t really matter. A runner is a runner.

I’m not old enough to remember a time when men and women could not toe the same start line at a marathon, when the same number of track and field events were not offered to women as men or a time when the sports bra wasn’t a thing. In reality though, the rise of the status of women in the running community has been painfully slow. Even now, with female participation in road racing booming, complete equality in running hasn’t yet been reached. Interestingly, one of the last hold outs is in the university environment — somewhat ironic, considering post-secondary institutions are supposed to be leaders in progressive socio-cultural values.

The first time women competed in the modern Olympic Games was in Paris in 1900. Of the 997 athletes in attendance, 22 were women. These female athletes were allowed to compete in tennis, sailing, croquet, equestrian and golf (though only golf and tennis had separate events for women only). Until the 1920s, track was an almost exclusively male sport. In 1928, five events were opened to women, compared to the 16 available to men. At the end of the women’s 800m ‘several’ women collapsed and the IOC ruled that running fast was simply too hard on the female body, banning the event for women until 1960. Later on, when video of the 1928 games surfaced, it showed that only one woman fell at the finish of the 800m and it took her a mere 3.2 seconds to return to her feet.

Many runners are familiar with the iconic story of Katherine Switzer, the woman who ran the Boston Marathon under the official bib name K.V. Switzer in 1967, in defiance of the event’s sexist registration policies. Despite race official Jock Semple attempting to forcibly remove her from the race course, Switzer finished with a time of 4:20. By 1972, women were allowed to register for marathons, given that they started separately from the ‘real’ male runners. That same year, at the 1972 New York City Marathon, women showed their refusal to be segregated. Slated to start 10 minutes before the men, the six women registered for the race stepped up to the start line. When the gun went off, all six promptly sat down, remaining on the start line for the ten minutes until the men’s gun, at which time they jumped back up and started the race. Nina Kuscsik, the fastest woman in the race, ran the four-and-a-half loops around Central Park, the original course, in 3:08. Or so she thought. At the finish line, 10 minutes were added to her time.

These historic events in women’s running history all took place before the invention of the sports bra. The sports bra was originally called the “jockbra,” because it was literally two jock straps sewn together. Thank goodness the design has progressed.

In 1980, the American College of Sports Medicine took a stand behind the women’s running movement when they released a statement supporting the creation of the women’s Olympic marathon, saying “There exists no conclusive scientific or medical evidence that long-distance running is contraindicated for the healthy, trained female athlete.” The women’s marathon debuted at the Los Angeles Olympics in 1984, a mere 30 years ago.

As running longer and longer grows in popularity, we may see women finally get to outperform men. In 1997, the University of Cape Town tested out a hypothesis that female ultramarathoners have greater resistance to fatigue than their male counterparts. Between men and women who are equally trained, although males outperform women in the marathon distance, it was found that at a distance of around 90K, women begin to outperform men.

Last year, at the Canadian Interuniversity Championship (CIS) for cross-country running, Julie-Anne Staehli of Queen’s University dominated the women’s race with a time of 20:51.40, while Aaron Hendrikx of Guelph University took the men’s title with a time of 30:49.30. A women’s time 10 minutes faster than the men’s winner — how is such a thing possible? How did the 5’4″ Staehli possibly outrun her counterpart with about seven inches of leg length on her?

She didn’t. Cross-country, largely an scholastic sport, remains one of the remaining areas in which distance parity is not recognized between male and female athletes. The women race 6K while the men race 10K. Last year was the first year that the girls even got to race that far — their distance was upped from 5 to 6K in order to match the distances run by the NCAA. So why don’t the men and women run the same distances? There is no men’s marathon distance versus women’s marathon distance. A 10K road race is, of course, a 10K regardless of gender. Why is the university level of competition stuck in the past?

Steve Boyd, coach of the Queen’s University cross-country team is a supporter of distance parity between sexes. “There is very little resistance to distance parity on the track or in road racing,” says Boyd. “There, people seem to accept without question the logic of parity, both in terms of distance and financial remuneration. I think the continued reluctance of Canadian university coaches to seriously consider distance parity in cross-country when the question is openly raised, shows that they don’t take women’s distance running as seriously as they do men’s.”

He also notes that the female and male cross-country champions, due to the variance in distance, are in fact, ‘different’ runners. “As it does in the men’s ranks, a longer championship race distance for women would favour an athlete with more aerobic endurance than middle distance speed. A good example from the men’s side would be recent CIS grad Kelly Wiebe, who, while a decent middle distance athlete, really dominated over 10K by his final year in the system, and has very quickly parlayed his high volume training into a promising career as a marathoner.”

Boyd doesn’t think that an increase in distance would decrease the competitive depth of the women’s field either, but rather empower many female endurance athletes hoping to showcase their skill. Boyd trains his men’s and women’s teams on similar high volume plans, keeping the future of women’s endurance running in mind. “I just wish my women were able to realize a few more of fruits of their labour by being allowed to race longer distances. I believe that having women runners do more volume is better in the long term for the development of elite women’s running in Canada. If we varsity coaches aren’t doing this, who will? Will Canadian women be willing to strive for success in the longer distances if the furthest they ever race in university is 6K?”

Though it is doubtful that the CIS championships this year will feature female athletes sitting down on the start line in protest of their distance, it does make one wonder what would happen if they did.