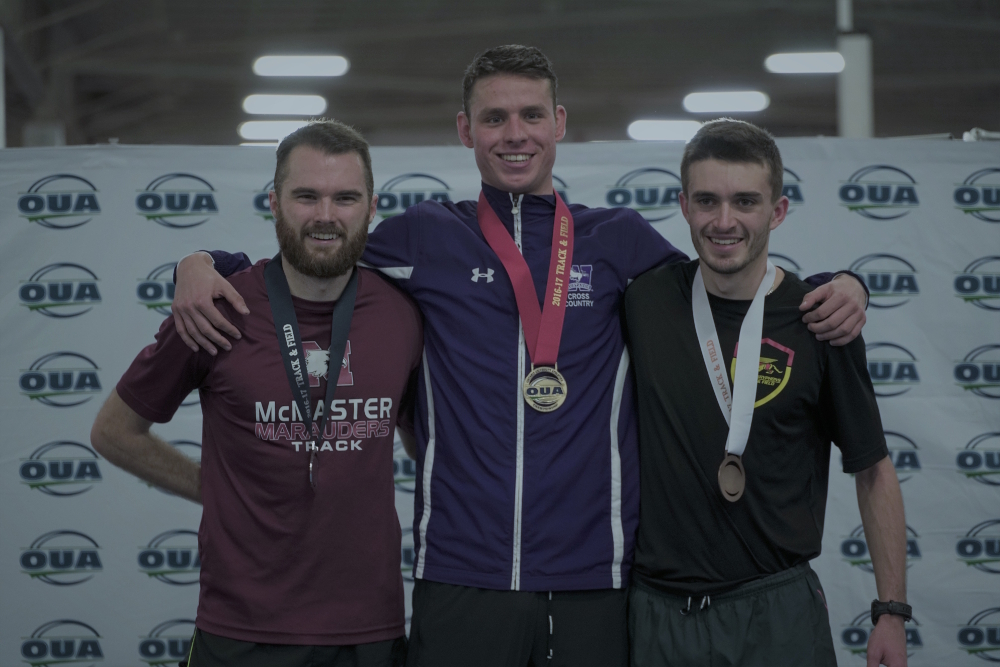 The men’s 1,500m at the Ontario University Athletics (OUA) Track and Field Championships featured one of the closest finishes you will ever see.

With first and second separated by 0.01, Western’s Jack Sheffar completed the distance double winning the 1,500m on Saturday at the Toronto Track and Field Centre at York University. The London, Ont.-based runner was able to outlean McMaster‘s Jeff Tweedle, whose lead diminished throughout the course of the final lap. Sheffar, sporting the white and purple kit of Western, was able to pass Tweedle on the inside winning in 3:51:50 to 3:51.51.

There was a moment of hesitation after the race as officials confirmed who ended up winning the provincial university championship via a photo finish. Sheffar won the men’s 3,000m on Friday, the first of the meet’s two days, and also ran a leg on the university’s 4x800m relay. Tweedle ran the 1,000m on Friday.

RELATED: Featured: One of Canada’s top universities trains in a near ice rink.

As fans glanced over at the scoreboard which would soon display the final results, Sheffar was sprawled out on the track. As captured on video, much of the Western University team was quick to greet him after it was announced that he had won by a narrow margin. Mark Patton of Guelph was third in 3:53.73.

And in case you missed the women’s 1,500m, make sure to check out the battle between the Stafford sisters here. Miss other indoor track and field results from across the country? See links below.