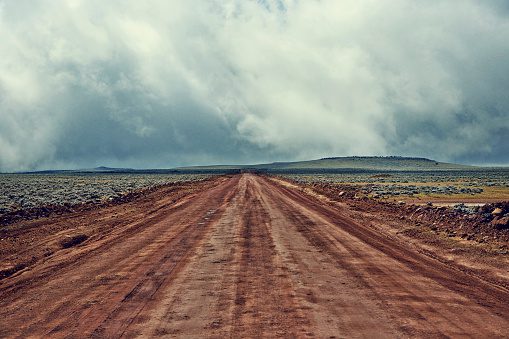 Whether a miler or marathoner, any serious runner knows the importance of the long run. The physiological benefits of taking to the streets, paths, or treadmill for a longer effort once a week are well-documented.

Perhaps this is the reason I started getting a bit antsy over the past several weeks when my long runs kept getting pushed off my schedule due to a nagging tendon issue in my left ankle. I haven’t had to stop running, but mileage dropped down to anywhere from 55-72K a week. However, with some patience, some chiropractic sessions, and a lot of icing, stretching and rolling I’ve managed to get myself back into the swing of things. Last week I hit 112K on the week and was thrilled to finally get in a long run.

I was struck by the mental shift I experienced after completing my 26K run on Saturday morning. First off, there was some relief in knowing that if I can stay consistent with these longer runs I’ll start reaping the benefits of everything from strengthening my leg muscles, developing endurance, increasing VO2 max, and so much more. I’ve been here before, so I have a decent aerobic base, and my muscles and tendons know the deal for the most part, but I still have a lot of building to do, and I’ve barely even touched any speed work over the past several weeks.

So come Saturday, I felt some relief in getting back to it, but the more dominant emotion, or thought after completing my long run pain free, was the reminder that I’m capable. It’s interesting how quickly one can lose sight of their abilities when not performing well. When I stepped off the treadmill (yes, the treadmill – more on that in a moment) the power of the long run was most evident. I knew in that moment I was back into it. Sure, some of my fitness had been lost, but I was assured of my ability to get in the miles.

The mental benefits of the long run aren’t talked about nearly as much the physical, but I believe most runners will attest to its confidence boosting character and stamina building nature. Enter the treadmill. If anything, in my opinion is a test of mental stamina, it’s the treadmill. I love to run outdoors, but that’s not always an option living and training on the prairies in the winter. Saturday was one of those days where I decided the risk of running outside in the icy, slippery conditions wasn’t worth it. So, off to the gym I went to test both my physical and mental stamina.

Whether it’s staying focused through the montotomy of a long treadmill run, or pushing through those uncomfortable moments outdoors during a longer tempo run, there’s a lot to say for building mental strength, which again plays into the power of the long run.

Whatever type of long run there’s always a mental-challenge component to it. Of course, there are some days more challenging than others due to weather conditions, terrain, or even one’s own mental or physical state. But with challenge comes reward and I believe that’s another reason Saturday’s long run felt so very important – I completed my goals for the week, without pain, and with a renewed sense optimism for this training block.