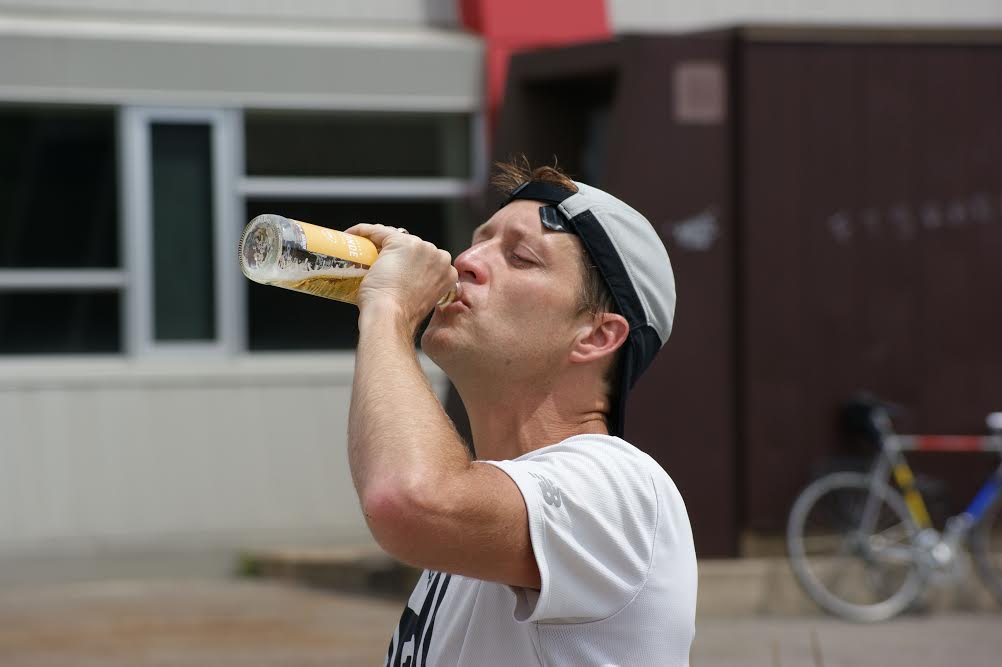 I’m a small boy reluctantly donning pink tights. Harsh stage spotlights are trained on my terrified little frame drawing all attention to me as I’m forced to skip around in circles in my school play. I’m dressed as Piglet. It’s one of my few traumatic memories from a mostly pleasant childhood.

Four decades have passed and now I ask, what the hell did I get myself into this time around? I’ve committed to reliving parts of this memory in the name of running.

Two weeks ago, around the same time I offered my first blog post for Canadian Running magazine, I was also named a “digital champion” for this year’s Scotiabank Toronto Waterfront Marathon (STWM). I’m now an ambassador for the prestigious October road race, tasked with contributing online inspiration through blog and social media posts. It has led to my charity challenge which involves a series of embarassing situations for myself.

Note that I refer to this particular marathon as a “prestigious” event– it’s one that enjoys a rarely bestowed IAAF Gold Label status and is one of Canada’s best organized and most popular. It’s a highly respected affair and I’m honoured to be part of it.  Yet as I write this, I know I’m about to debase my own self repeatedly, to do my part.

Each of this year’s digital champions has been asked to fund raise for one of STWM’s scores of registered charities. To be honest, I wasn’t entirely comfortable with that part. I mean, it’s remarkable that $3.5 million came through in 2015 ($28 million since 2003). I’m happy others raise money for so many great causes, I’m just not comfortable shaking down friends and family.

I applied to be a digital champion anyway. I’m such a fan of the race organizers, Canada Running Series, and I see this as an opportunity to give something back for all the support they’ve shown RunTOBeer. This year alone, my crew is working with CRS on eleven of our runs, for which they provide generous exposure, organization, swag and discount codes to races.

Enter my charity challenge: How I ended up committing to shaving my head and donning a pink tutu 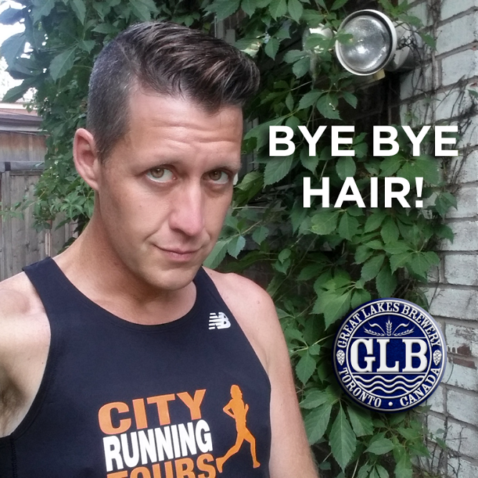 I have now formally signed up for the Scotiabank Charity Challenge, setting a goal of $1,500.00 to go towards SickKids Foundation. Two months ago, I raised nearly $1,250.00 in a shorter period without sending out awkward, pleading emails and so $1,500.00 seemed a reasonable figure. But I didn’t want to feel like I was pressuring good folk into opening their wallets so instead, I’ve come up with something a little more creative– albeit slightly humiliating. I’m encouraging people to invent uncomfortable situations for me, in exchange for their support.

Soon after I came up with the idea, I committed to shaving my head for $150.00. Within hours, Great Lakes Brewery generously made the pledge. Sometime between now and October, Canada’s Brewery of the Year in 2013 and 2014 will open a Facebook Live broadcast to share the baring of my coconut. And yes, there will be beer.

After that, things started to get weird. Someone suggested they would drop $50.00 if I ran a beer mile in a suit. That pledge hasn’t materialized yet, but it inspired someone else to suggest I do a beer mile chugging cans of the sickly sweet Bud Light Lime. I detest that beer, but floated the idea to see if I could get another fifty bucks in the pot. A RunTOBeer member pitched in, so that too will become reality. Then another friend tossed in another $50.00 for me to do another beer mile. I’ve heard rumours that still more are forthcoming.

And then it got personal. 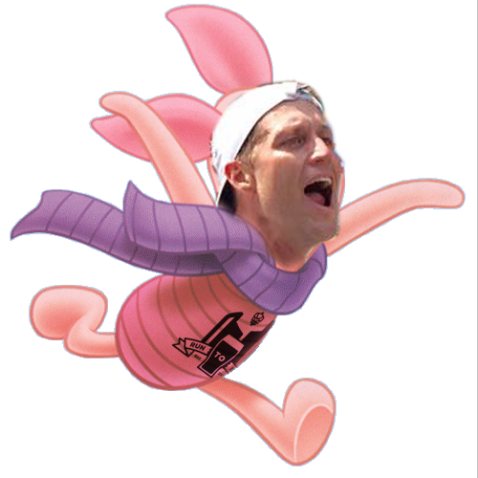 In my entire time on this planet I’ve never worn pink, except for during the aforementioned horrifying school play when I was dressed as Piglet, from Winnie the Pooh.

I had to dance around the stage wearing the neighbour girl’s pink turtleneck and blush-hued, sheer nylons over my little kid underwear — no pants! — in front of the entire school. I’m the youngest of three boys. I was only five years old. I would never wear pink again.

My dislike for pink lives on…

Knowing my aversion (seriously, I give blood platelets every two weeks and won’t even allow the phlebotomists to use the pink tape on me), another RunTOBeer captain started canvassing [air quote] on my behalf [air quote] to raise money for me to lead a RunTOBeer route while wearing a hot pink singlet and a tutu. As I write this, the Fluid Crew (what we call our pacers) had passed the $350.00 needed for me to break my rosy fast. Now they’re trying to con me into wearing pink tights again – to more-or-less recreate the nightmare that was Piglet – for another $250.00. By the time you read this, I’m sure it’s happened.

I’m already dreading what else the Fluid Crew has planned for me, but as long as it supports SickKids Foundation, I’m willing to listen.

I will definitely complete more beer miles between now and October 16, but I would sure appreciate some more creative suggestions as well.

If you want to help without menacing me, you can do so by contributing at https://www.sickkidsdonations.com.

Alternatively, if you have something mildly humiliating for me to do in exchange for your contribution, feel free to email me at dan@cityrunningtours.com BEFORE you pledge.

As I write this I’m nearly 75 per cent of the way to my $1,500 goal. Let’s crush that total, because other kids face much more serious trauma than I ever did.