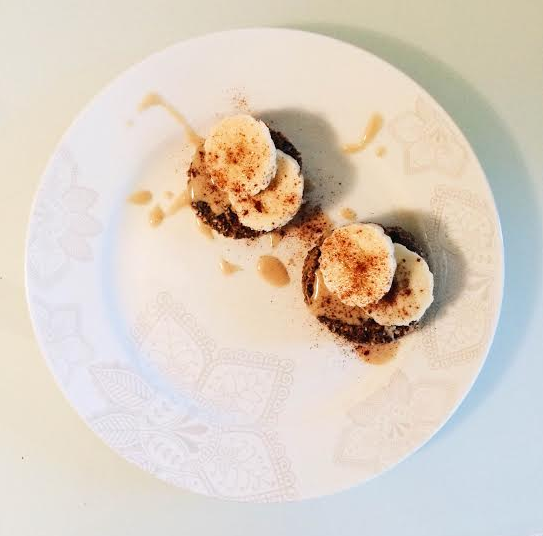 Happy 2016! The beginning of a new year triggers people to express what they hope to be better at for the year, and the lists of resolutions begin. Evidence of this is most prominent in local gyms where ‘resolutioners’ take over with the hopes of reaching their yearly goals. These numbers wane as February sets in, and by December, most of those people have moved on or found other things to do with their spare time. I have a lot of respect for the ones who actually stick it out– a change in lifestyle is a tough thing to do. While I don’t have any resolutions, I do have goals. The only difference here is that my goals span over years, not just the 365 days in 2016.

One of the main things I wanted to get back to doing was meal prep and preparing healthy snacks for during the week. Two incredible athletes, Brianne Theisen-Eaton and Ashton Eaton had a great video about their weekly week prep on their blog the other day (weareeaton.com). (See below.) Their routine was similar to what I had been doing, but then the holidays set in and my routine went out the window. One of the key things to have in my house is a healthy snack that I can grab as I’m rushing out the door to work, practice, or the gym. These little power snacks hold me over between training sessions.

Muffins are one of my favourite snacks. Don’t be fooled by the store-bought kind as they’re about four times the size as a homemade muffin and are more like mini-cakes. Seeking out a healthier option, I consulted my Oh She Glows cookbook and found a breakfast recipe for chia donuts that indicated they could be made into muffins too. How would a donut recipe be healthy though?! Packed with chia seeds, spelt flour and just enough maple syrup to sweeten they up a little, these little muffins were filling and delicious. Satisfying on their own, I also opted to top them with some tahini, sliced banana and a sprinkling of cinnamon for a perfect snack after strength training. I’ll certainly be adding this to the list of snack options that fill up my freezer.

1. Preheat the over to 300°. Slightly grease the donut/muffin tin. Set aside.

3. Add the maple syrup, milk and vanilla and stir until combined. The batter will be very runny, but this is normal.

4. Spoon the batter into the prepared donut tin, filling each cavity to the top. (If using a muffin tin, fill the cup to ⅓ or ½ way up.)

5. Bake for 22-26 mins, until firm to the touch. A toothpick inserted in should come out clean.

6. Cool in the pan for about 10 minutes then carefully invert the pan onto the cooling rack – they should pop right out.