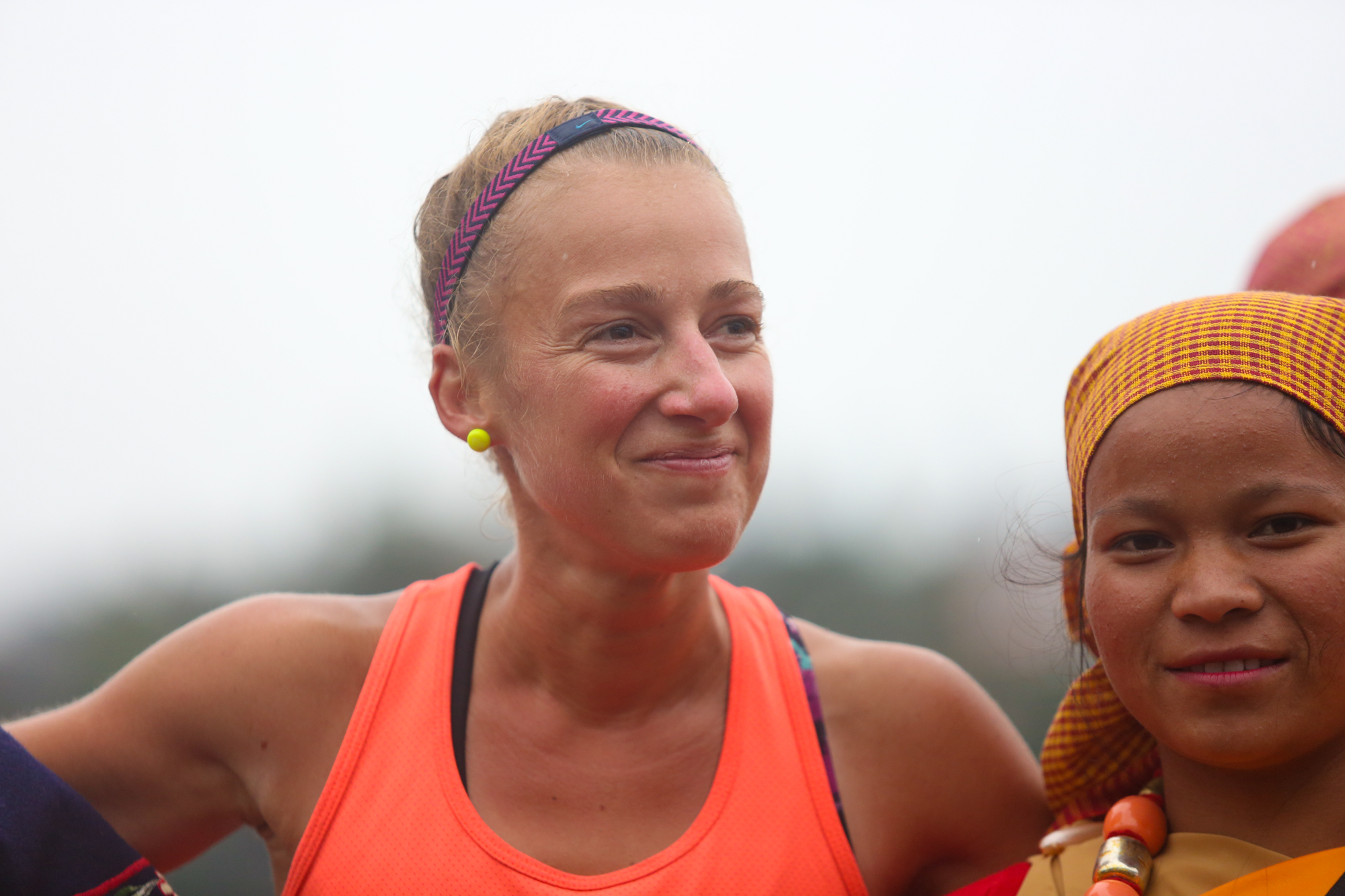 Monsoon season has nothing on this ultrarunner.

With 2016 wrapping up now, Australian runner Samantha Gash has one huge running highlight which she is sure to celebrate for years to come. Last month, Gash finished a 76-day, 3,200-kilometre run across India battling dehydration, stomach illness, poor air quality, tough conditions and injury. On this two-and-a-half-month journey, she averaged a marathon a day.

Gash’s campaign, Run India, raised almost $150,000 for World Vision Australia. That organization’s projects will be tackling issues such as malnutrition, access to clean water, underage marriage and gender bias. The money she has raised will also assist more than 13,000 children to access education in communities across India for one year.

RELATED: In memory of her: Why one First Nations man ran across Canada

This Australian runner got into the sport back in 2008. Then, it served as a sort of break between periods of heavy studying. At the time, she was working on completing her law degree but because she took to the sport so easily, she ended up completing the Melbourne Marathon that same year. Soon after, she got into ultrarunning.

Gash is currently trained as a corporate lawyer but now calls herself an endurance athlete, corporate presenter, writer and social entrepreneur. Her thirst for adventure, experience and thrill for life has allowed her to discover what she cares about the most: using running to achieve social change.

RELATED: One wedding and an ultra run

Her past adventures have included a 1,968-kilometre run across South Africa which raised $55,000 to improve access to affordable feminine hygiene products for women, a 379-kilometre run across her home country and in 2010, she became the first woman and youngest person at the time to run 4,250-kilometres of desert ultra-marathons in the driest, windiest, hottest and coldest deserts on earth.

Now, she reflects on her most recent accomplishment.

Noel Paine: What drove to take on this adventure?

Samantha Gash: Over the past five years, I’ve been exploring how running can be used for a vehicle for social change, specifically in examining the barriers children face when accessing quality education. Running across India has been on my radar since I travelled there in 2011. Even back then, I wanted to do it for an education-focused purpose. The geography of India is incredibly fascinating, although I probably didn’t imagine I would be running on the road when I first visualized the project. India is also the most culturally diverse and rich country I have travelled to. I find India incredibly wonderful, yet incredibly confusing. There’s so much wealth and still the majority of the population lives in such poverty. I believe that education has the capacity of changing that wealth gap.

NP: What have you learned about India, yourself and people from this run?

SG: We have the ability to always learn more about ourselves: our struggles and our strengths. India is such a raw place and in the way I chose to experience it, there was no privacy and virtually no downtime. Oftentimes in our normal lives, we retreat from others in order to recharge and gain perspective. In India, the environment was rather intense and chaotic and we all needed to learn how to mentally process what was occurring around us in the company of others.

I truly believe the people I met were the most resilient people I have encountered. By virtue of necessity and no choice they have learned to survive with limited (if any) medical support, minimal food and in close quarters with so many other people. It put any pain I was experiencing in great perspective and I probably become tougher because of it.

NP: What is your next adventure or running goal?