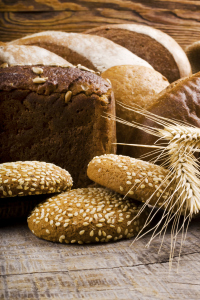 Runners who love their carbs will be rewarded if they switch to whole grain. Eating whole grains every day can lessen chances of death caused by cardiovascular disease say results from a long-term study.

The study observed 74,341 women and 43,744 men for a period of over 20 years. All of them were free of cardiovascular disease and cancer at the beginning of the study. Participants were required to fill out a detailed survey every two to four years on lifestyle habits including grain consumption. During the study period, 26,920 deaths occurred. One third less of the whole grain eaters died compared to the non whole grain eating group.

When observing the surveys, the researchers did notice that the group eating whole grains were healthier overall, making decisions not to smoke and eat healthily. However when they made statistical adjustments to accommodate these factors, their observations remained unchanged.

Use this as a reason to carb load if you want. Now go ahead and load that wheat, barley and rice onto the dinner plate!