Today is the day Nike’s latest marathon shoe goes on sale to the general public. The ZoomX Vaporfly NEXT%, like a second generation of the Vaporfly 4%, was released to Nike-sponsored elites in the spring and was worn by Eliud Kipchoge and Sir Mo Farah in this year’s Virgin Money London Marathon. 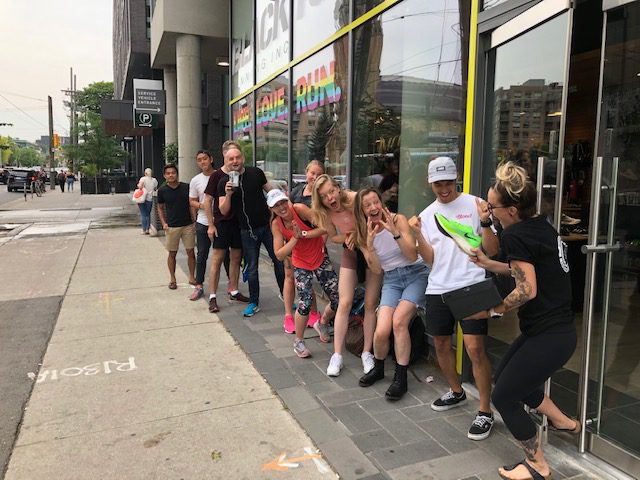 Mike Anderson of Toronto’s Blacktoe Running reports that, as with the release of the Vaporfly 4% last year, interest in this shoe is high, with people lined up outside the Bathurst Street store in anticipation of the 10:00 a.m. opening.

The NEXT%, like the Vaporfly, is a high-performance racing shoe, and not known for its durability. And at $330, it’s not a shoe you’re going to wear for all your training runs. Anderson says “50 per cent of the people here will not put them on the road at all until race day. The others will run a few times in them first, and then race.”

The NEXT% retains the Vaporfly’s ZoomX foam and carbon-fibre plate, but incorporates some modifications, such as the distinctive lime-green, super-light Vaporweave upper, and increasing the amount of foam in the midsole while lowering the drop from 11 to eight millimetres. The laces have been shifted sideways towards the outside of the foot. 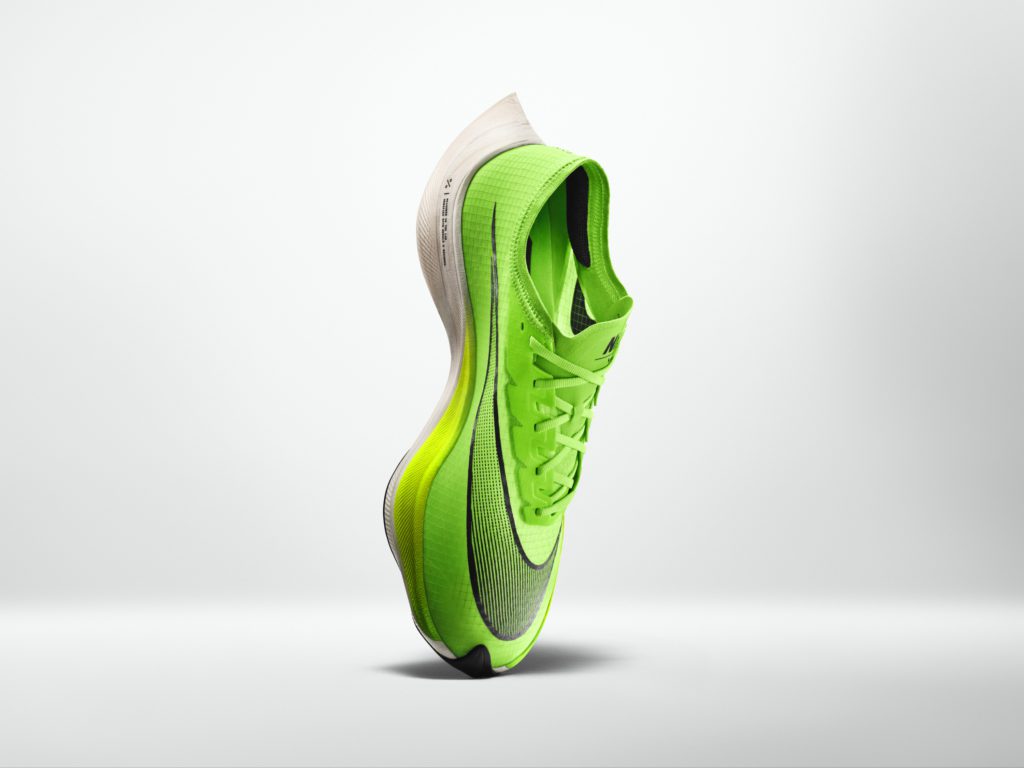 The price is CDN $330, which is at least $35 cheaper than you can buy it online. “We will sell out today,” says Anderson. “It will be our biggest day of the summer. Almost as good as Black Friday.”