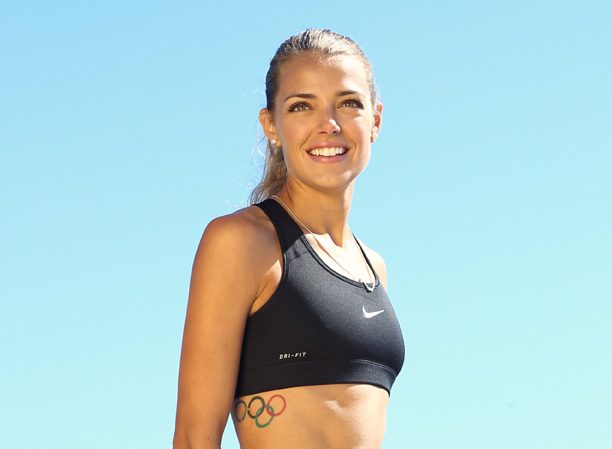 Running at her own pace

In high school it may have seemed like a long shot for Melissa Bishop to make it to the Olympics. She was a strong runner in the Ottawa area, but wasn’t a superstar. Still, Melissa took her time to develop over a university career at the University of Windsor and is one of Canada’s premier middle distance runners.

Bishop went on to win multiple gold medals at the university level, which gave her the confidence to make the jump into the pro ranks. After gradu- ating in 2011, Bishop decided to stay in Windsor under coach Dennis Fairall. She has run personal bests in her main event, the 800m, every year since and has become a world class athlete.

After running 2:02:69 in 2011, Bishop was knocking on the door of an Olympic berth going into 2012, but she had other Canadian runners to contend with. That summer she broke the 2:00 barrier with a 1:59:82 and finished second at the Canadian track and field championships, qualifying her to race in London.

“This is what I do full time now. I don’t have to focus on school or peaking for university champion- ships,” said Bishop about her breakthrough. “From the Olympics to this year not a lot has changed. I’ve upped the mileage a bit but it’s still relatively the same program. I guess now this is what I do for a living so it’s got to be good every day. I think it was just a year after year thing and getting used to Dennis’s training. I started sleeping in an altitude tent, but I think mostly just training full-time really helped. I can now devote all my time into training.”

She failed to make it out of her heats at the Olympics and came home disappointed in her performance, but prepared to make a stronger showing at the World Championships in 2013.

The Eganville, Ont., native won her first outdoor national championships in 2013 and followed that performance with a 1:59:76 PB less than two weeks later. That time ranks her third ever in Canadian history, behind Diane Cummins and Charmaine Crooks, but the 25-year-old again failed to advance out of her heats in Moscow.

She’s back in Windsor training and looking towards more meets next season, and maybe a few indoor races along the way.

“I would definitely like to be in the final at the Commonwealth Games in 2014,” said Bishop. “World indoors is coming up. It’s on my mind. I’m going to try and get on that team but if it doesn’t happen it’s not going to ruin my entire season. I’m going to take it step by step.”

Bishop is a favourite to qualify for the Canadian team moving into the 2014 season, but will again be in tough company as the Canadian women’s 800m scene has been hot in recent years and only seems to be getting deeper each summer. Many young women have been improving together and pushing each other to ever-faster times, which will leave Bishop with her hands full come next summer.

In looking back on how far she’s come it’s easy to wonder if there’s any secret to her success, but Bishop insists it was just putting in the hours and hours of hard work, something that she suggests for all runners.

“Just take it slowly. Don’t try and jump to your biggest goal right away. Make sure you go through the motions. It takes a long time. It took me forever to get where I am today. You slowly have to put in the time and it will come if you put in the effort. Those days that I just don’t want to get off the couch, I think about about what my competitors are doing and that gets me up pretty quickly.”