It was the perfect race and the perfect day for Kinsey Middleton at the 2022 Ottawa Marathon. She became the first Canadian woman to win the race since Lioudmila Kortchaguina in 2007, in a personal best time of 2:30:08. 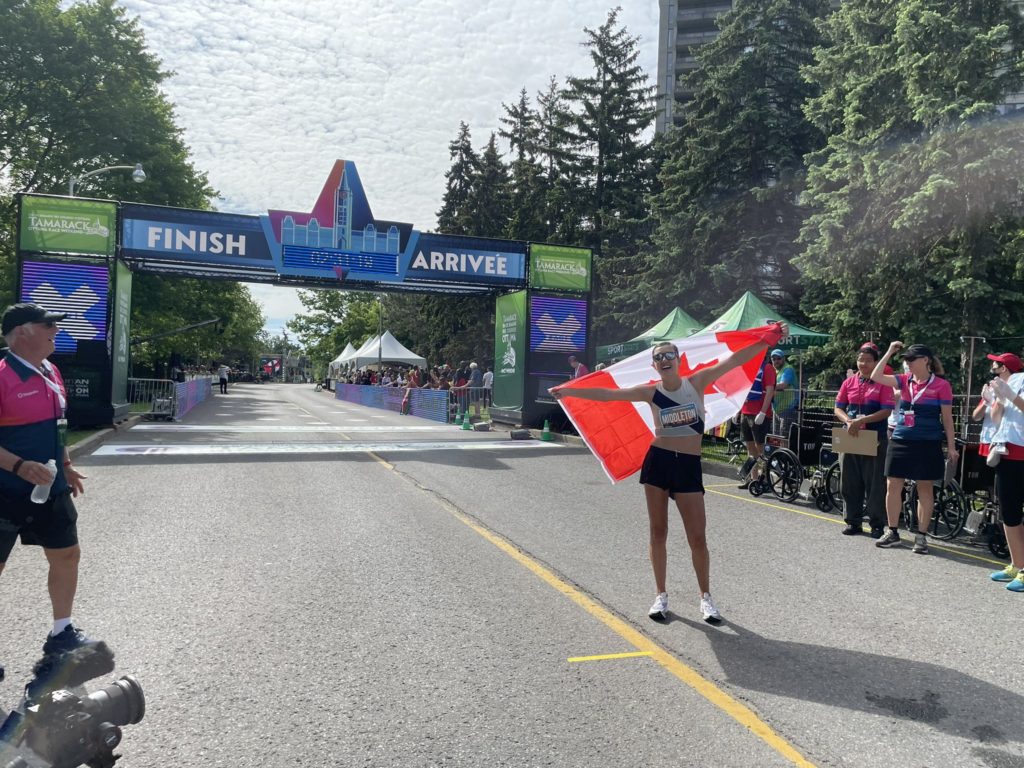 Middleton, 29, who lives and trains south of the border in Idaho, sat in sixth place at the halfway mark in 1:14:19 but stuck to her pace and moved up as a few runners dropped from the front pack. At 30K, she discovered she was leading the race when the lead vehicle pulled in front of her. Middleton’s pace slowed a bit over the final 5K but she managed to hold on for the win.

“This was a day beyond my wildest dreams,” Middleton says. “I was shooting for a top-five finish but to end up with a personal best and the win, I couldn’t be more thrilled.”

Lee Wesselius, who was fifth in the Canadian 10K championships yesterday, paced Middleton for the entire race. It was a successful weekend for Middleton, who will now head back to Boise with a race purse of $29,000 for winning the race and being the first Canadian to cross the finish line.

Middleton grew up in the U.S. but her mother is from Canada and her father is American. Middleton is a dual citizen and chose to compete for Canada after graduating from the University of Idaho.

Thirteen women from Kenya and Ethiopia, who were on the elite list, were not able to run the marathon due to visa issues required for entering Canada. The list of women includes 2:19 marathoner Tigist Girma and 2019 Paris Marathon champion Gelete Burka from Ethiopia.

Elissa Legault of Montreal was the second woman to finish in a huge personal best time of 2:33:26. Her previous best came at the 2o21 Berlin Marathon where she ran 2:38:13. Legault negative split the final half of the race in 1:16:19 after covering the first half in 1:17:07. Katja Goldring of Flagstaff, Ariz., was the third runner to finish in 2:33:57.

Here are the full results from the 2022 Ottawa Marathon.