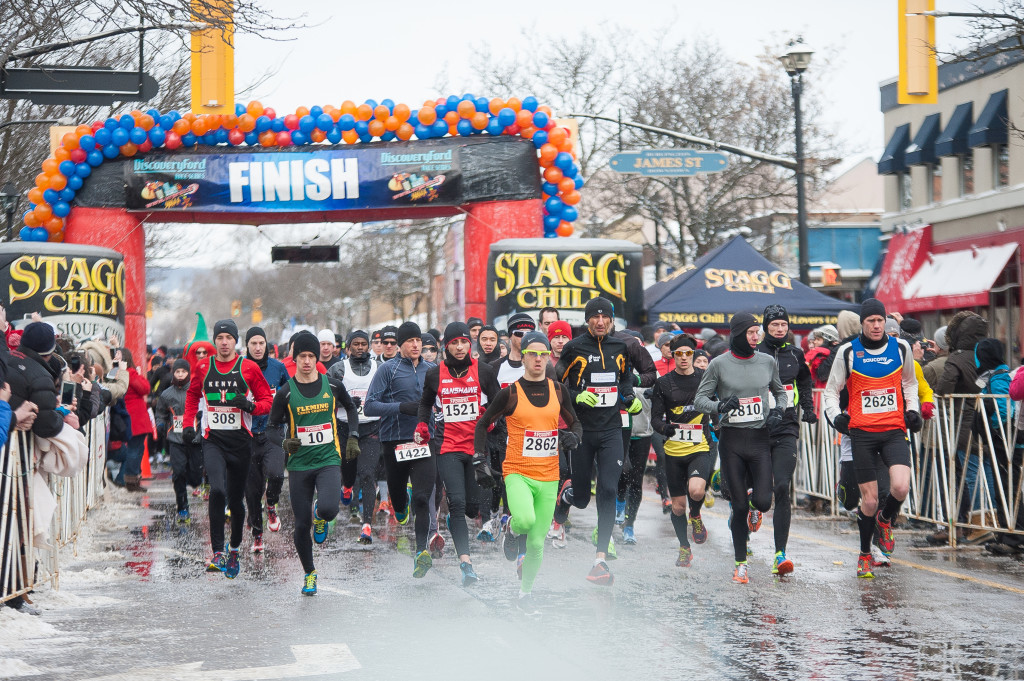 This Sunday, the Chilly Half Marathon and Frosty 5K will welcome some 4,000 to Burlington, Ont. Participants from all over southwestern Ontario and beyond are expected for one of Canada’s largest and most popular winter running events.

This year’s edition is expected to be better than ever as the event celebrates it’s 20th anniversary. This includes unique swag for all participants, special post-race festivities and exciting new sponsorships.

The races run Sunday at 10:05 a.m. The flat and fast half-marathon course starts near City Hall in downtown Burlington and follows scenic Lakeshore Road. Participants begin by briefly heading southwest to the first turnaround at 3K. They then proceed east for a full 10K before making a second turn at 13K and from there, it’s a final 8K to the finish. The course features plenty of support and spectators as well as helpful volunteers. As an out-and-back, participants also get to see and cheer on their fellow competitors. The 5K follows a slightly different route but is equally flat and fast.

The title sponsor New Balance will be providing a signature quarter-zip technical top to all participants who are also invited to enjoy complimentary Steam Whistle beer and Stagg chili at several local restaurants after the race. The beautiful Burlington Performing Arts Centre will also play host to post-race awards, draw prizes and a number of special musical performances.

Last year’s women’s winner Krista DuChene will again be back to not only defend her title but is also looking for a fast time that would secure her a spot at the IAAF World Half Marathon Championships. The WHMC take place in Cardiff, Wales later in March. Not expected to race is Reid Coolsaet who won last year’s race and also (pretty much) secured his spot on the WHMC team. He is currently training in Kenya. One could however reasonably expect his Speedriver teammate Eric Gillis to make an appearance and chase a fast time and a place on the WHMC team. If the weather cooperates, elite and recreational runners alike can expect fast times on this PB-friendly course.