Our nation’s capital is, and has always been, a sporty town. With an NHL team as early as 1917 and a CFL team since before the CFL even existed, the city is also famous for outdoor its recreational opportunities such as the Rideau Canal (aka the world’s longest skating rink), great skiing just across the bridge in Quebec, and the dozens of collegiate and semi-professional sports teams that train and compete there. 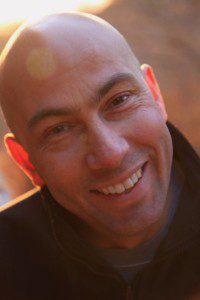 Growing up in Oslo, Norway, Run Ottawa president and Scotiabank Ottawa Marathon race director John Halvorsen was more into cross-country skiing and soccer, but over the years he has become a very significant part of the sporting life of Ottawa-Gatineau. As a highly decorated 10,000m and 10K runner and later as race director of the Ottawa Marathon, Halvorsen deserves much of the credit for turning Ottawa into a running town.

Under his leadership, Tamarack Ottawa Race Weekend has grown from a relatively modest 10,000 participants to the biggest running event in Canada, with two of its six races (the marathon and the 10K) now bearing the prestigious IAAF Gold Label designation, and 48,000 runners taking part. The races have also raised millions of dollars for local charities, and are the city’s biggest tourism draw of the year.

In recognition, on May 31 Halvorsen, 52, will take his place alongside more recognizable names like Stanley Cup winner Steve Yzerman, sprinter Glenroy Gilbert, and figure skater Barbara Ann Scott when he is inducted into the Ottawa Sport Hall of Fame. (Also being inducted on that day are former Ottawa Senator Chris Phillips, wheelchair basketball player Chantal Benoit, volleyball coach Rick Desclouds and the 1968 and 1969 Ottawa Rough Riders.)

We’re proud to announce the 2019 Ottawa Sport Hall of Fame inductees: Chantal Benoit, @CPhillipsFour, Rick Desclouds, @HalvorsenJohn, and the 1968 & 1969 @CFL @OTTRoughRiders. They will be honoured at the #OSHofF Induction Ceremony on May 31.

Halvorsen has recently announced that he will step down from the role of Run Ottawa president after this year’s race weekend. He is returning to the hi-tech sector, where he spent most of his career before taking over as president of Run Ottawa.

Except for the year he spent in Norway between high school and university when his father was transferred back there, Halvorsen, 52, hasn’t lived anywhere but Ottawa-Gatineau since he was 13. A graduate of the University of Ottawa in both mechanical engineering and its MBA program, he worked in Ottawa’s high-tech sector for 18 years while raising a family with his wife Susan, and running the not-for-profit Run Ottawa for several years on a volunteer basis before it became a full-time gig in 2013.

Halvorsen first became involved when it was still called the National Capital Marathon, and he is justifiably proud of the stature it now enjoys as an IAAF Gold Label race and frequently as host to the Canadian Marathon Championships and Canadian 10K Championships. He has always seen his role as race director as being largely about educating people–about running (in a city that wasn’t always known for running), and about what makes a great race event for every level of runner.

“Alan Brookes [race director of the Scotiabank Toronto Waterfront Marathon] and I have more of a global perspective on the value of an IAAF label,” Halvorsen says. “The IAAF is much more recognized outside of Canada, which is a big portion of why we worked so hard for it–the global attractiveness. We know runners in Europe and Asia discover our event because of this.”

How did he get here?

Halvorsen was 13 when his father became the military attaché at the Norwegian embassy in Ottawa. He soon began to excel in cross-country and on the track at Sir Robert Borden High School in what was then the western suburb of Nepean. He went back to Oslo with his parents when the family’s Canadian posting was over, but only for one year, since Ottawa had become home, and his brother Håkon, who is two years older, was now attending Ottawa U.

Halvorsen’s athletic bona fides are impressive: he was the Norwegian champion in both the 5,000m and the 10,000m multiple times through the late 1980s and early 1990s, and made it to the 10,000m final at both the 1988 and 1992 Olympics. He won the Canadian university cross-country championships four times and the Canadian senior men’s title twice, as well as multiple Canadian 10K (road) championships.

He also ran the World Cross Country championships eight times (competing for Norway), with a best performance of 10th. “I am proud of this, since… at World Cross Country there are nine Kenyans, and nine Ethiopians… whereas at the track championship or the Olympics there are only three,” says Halvorsen. “It also collects the best runners from the 1,500m to the marathon.” He won multiple US road 10K’s and was named Runner of the Year by Runner’s World magazine in 1989.

Halvorsen set a course record of 28:12 in the Ottawa 10K in 1988, and it stood unbroken for the next 20 years. (It was broken by the current course record-holder, Deriba Merga of Ethiopia, who set the mark at 27:24 in 2009, 23 seconds off the current world record, and shortly after winning that year’s Boston Marathon.) Halvorsen’s marathon personal best is 2:17, from the New York Marathon in 1992, just a few weeks after the Barcelona Olympics, where he finished 19th in the 10,000m.

The outsider who became an insider

As much as his early life in Ottawa was a privileged existence, it wasn’t easy being from overseas, which makes the Hall of Fame honour even sweeter. “I came to Canada as a Norwegian diplomatic kid and competed for Norway while living here, so [was] always a bit of an outsider,” says Halvorsen, whose speech bears almost no trace of an accent. “As an athlete competing, I did get some media coverage at the time, but you’re always sort of a non-Canadian, so it’s nice to get this recognition. I’m pretty excited.”

Halvorsen has chosen to remain an outsider of sorts, never taking out Canadian citizenship despite making Canada his home and marrying a Canadian. Norway doesn’t allow dual citizenship except by birth (which his children have), and considering his strong family ties to Norway and the benefit to citizens of the country’s Oil Fund, he has remained a Norwegian citizen even though it sometimes causes headaches when traveling between Canada and the US. But as a longtime resident of the most political city in Canada, he would like to be able to vote in our elections, and says if Norway changes the rules (which it is leaning towards doing), he will pursue Canadian citizenship.

Halvorsen’s friend Chris Taylor, whom he met in their first year in engineering at Ottawa U, recalls Halvorsen as confident, even cocky, despite his unassuming manner and small stature, and as someone to whom academic and athletic success came easily. “He was very quick, very witty, and very smart,” says Taylor, who often spent part of his summers visiting the Halvorsens in Oslo when John was competing there. “We’d do our class assignment, and Johnny would pick it up, look at it, didn’t take a lot of time… we’d walk out with Bs, and he’d get an A. It’s like he understands it better than we do.”

After university the two men worked together at Nortel and raised their families in the same neighbourhood in Kanata before Halvorsen moved across the bridge to Chelsea, Que. a few years ago. Most recently, Taylor and his wife travelled to Oslo in 2016 for Halvorsen’s 50th birthday celebration with Håkon, his parents and assorted family friends.

As Taylor’s best man, Halvorsen gave a heartfelt speech. “I pulled it out the other day and read it again,” says Taylor. “I found it odd that he wrote it down, because John never writes anything down. The thought and construction of what he put together was really incredible. He is a really thoughtful guy.”

Though Taylor wasn’t a competitive runner, they often ran together, and later took up road biking in the Gatineau Hills. Taylor marvels at his friend’s ability to train and race so successfully, considering his diet back then. “If you look at athletes today, every meal is measured… it seemed like John was living on pizza and Pepsi, and beer on the weekends.” Taylor discovered the secret to Halvorsen’s success on one of their first runs together in Oslo, which is not exactly flat. “I just yelled at him the entire time, as all I did was run hills. He just laughed. I knew why he was a beast after that.”

Some time ago, the Quebec running site MakeItRun.co asked him about his most memorable day as race director. “I think in 2006 when we had 14 lead runners take a wrong turn, causing quite a lot of confusion as it relates to the elite results,” was his response. A local resident had moved a barricade, inadvertently shaving 400m off the course, which led to the disqualification of 14 runners (and financial compensation for some). Halvorsen says the heat of 2016 took a close second, though he recalls fondly that “the community came out in droves with hoses and sprinklers. People ran smart and cautiously, and our medical resources were not overloaded as a result.”

The Ottawa Sport Hall of fame, which was founded in 1968 and is located in Ottawa City Hall, considers approximately 40 nominations each year (there is a nomination link on the Hall’s site), but only a handful are inducted. There are now more than 275 inductees.

Tickets to the May 31 induction ceremony may be purchased by visiting the Ottawa Sport Hall of Fame’s website.