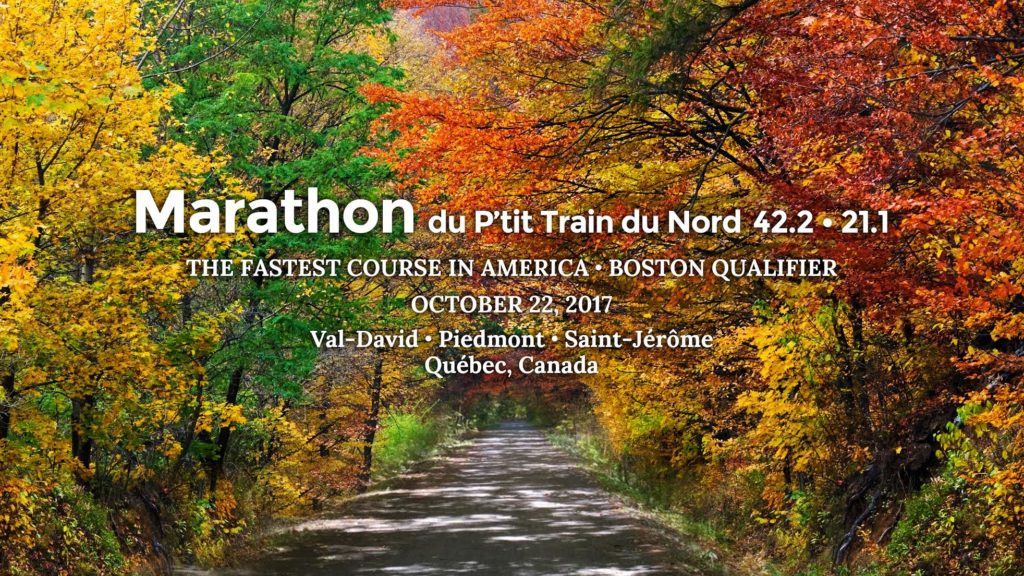 Coming this fall, Marathon du P’tit Train du Nord is a new marathon and half-marathon event that will take place in the beautiful Laurentian Mountains in southern Quebec.

RELATED: The only list of Quebec marathons that you’ll need for 2017

The course is a point-to-point with significant net drop that organizers expect to produce fast times. Starting in Val-David, the marathon runs south to Piedmont– the start of the half marathon– and on to the finish in Saint-Jérôme. The difference in elevation between the start and finish is a drop of 220m.

Slated to run on the morning of Sunday, Oct. 22nd, the event will take place during the prime fall marathon season when temperatures and conditions are ideal and better still, fall foliage is at its best.

The event is the creation of Alain Bordeleau, an Olympian that represented Canada at the 1984 Olympic Games in Los Angeles and still holds the record for the fastest marathon (2:14:19) run by a Quebec resident. We spoke with Bordeleau about the event and what he’s most excited about.

Canadian Running: What was the inspiration for creating this new event?

Alain Bordeleau: All my life, I always preferred to run in nature. It has always been most inspiring for me. More than 12 years ago, I was riding my bike on the P’tit Train du Nord [a popular trail in Quebec]. The runner in me couldn’t have imagined a nicer place to run a marathon. There I was riding my bike and the only thing I could think was how incredible it would be to run a race in such a beautiful place.

For nearly 20 years, I ran all over Canada, the U.S. and Europe and I’ve never seen a place or a course that’s similar to the P’tit Train du Nord. It was love at first sight.

CR: How will this event be different than others that already exist?

AB: This was the very first question we asked ourselves. We didn’t want to offer just another marathon. We want Marathon du P’tit Train du Nord to be an experience. Most marathons are run in cities. This one will be run mostly in nature with a start in Val-David and the finish in Saint-Jérôme. The scenery is extraordinary. Many courses are also called fast. We believe that the Marathon du P’tit Train du Nord offers a super fast course. Nike is looking for a course to break the two-hour barrier. They can stop searching! Because this course was once a railway line, the elevation profile is very gradual– never more than four per cent up or down– but also a net downhill. It’s almost like having someone give you a little push all the way down. 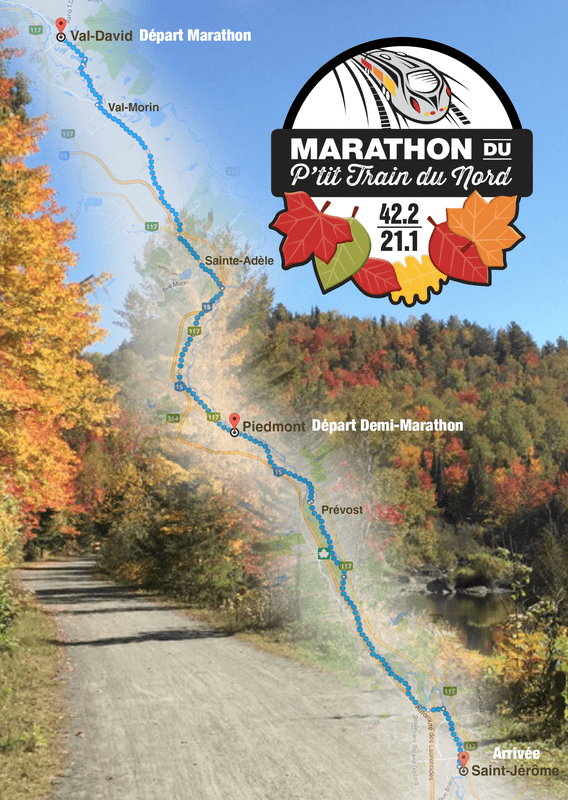 CR: What should runners be most excited for?

AB: The beauty of the course, cool temperatures and a fast course should provide all the ingredients to make this event very exciting.

CR: Given that this is the very first year, how will you as an organizer determine if the event is a success?

AB: Such an event is much more than just a race. From an outsider point of view, when I look at the Ottawa Marathon, I have the feeling that it’s the entire city that’s gathering to welcome the runners. This is the kind of partnership we want to develop with the cities that are involved with the Marathon du P’tit Train du Nord.

We also want our participants to have the same feeling about our marathon. If they come out with the feeling that this race was organized for them, this will be a great success.

As excited as I am to host and organize this event, my only regret is that I will not be able to run the marathon myself.