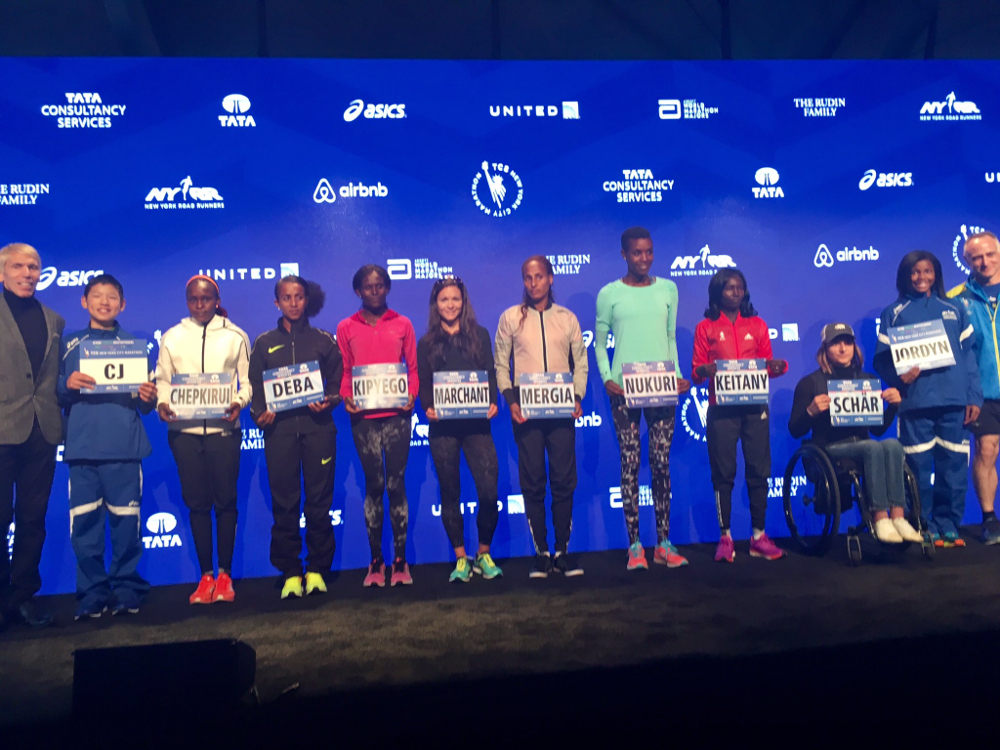 The world’s largest marathon is taking place on Sunday.

The TCS New York City Marathon, a point-to-point race that begins at Staten Island before finishing in Central Park in Manhattan, is expected to have upwards of 50,000 finishers on Sunday morning. Three notable Canadians, Rob Watson, Lanni Marchant and Marilyn Arsenault, are in the elite field.

Below are some of the numbers behind the New York City event. It’s believed that CBC Sports will be live streaming the event on race day.

Super cute cards from some NYC kids. This made me quite happy. I’m a lucky dude. #nycmarathon #nyrr #whyirunNYC

Meet Marilyn Arsenault @1fastdiva, Saucony Hurricane Athlete & Founder of Mindful Strides, from Victoria, BC. Marilyn is running this weekend’s @NYCMarathon. Follow her story on our Facebook page and wish her ? good luck! #FindYourStrong

Stay tuned for more Canadian Running coverage from the New York City Marathon in the days leading up to the event as well as on race day.

All numbers are from the TCS New York City Marathon media guide.