Are you skeptical about whether drinking electrolyte beverages helps with muscle cramps? New evidence says it doesn’t prevent muscle cramping, but that it does reduce your susceptibility. 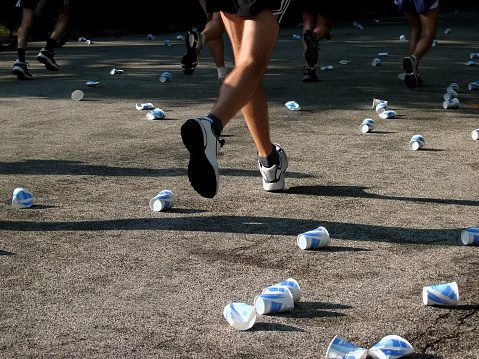 The study by four US researchers, published in the journal Muscle & Nerve on July 26, is admittedly small (nine well-hydrated, cramp-prone subjects), but suggests the use of electrolyte beverages does help, to some degree. The study assessed the test group’s cramp susceptibility before and after drinking an electrolyte beverage containing 840 mg of sodium, 320 mg of potassium, and 5 mg of magnesium. The control group drank a placebo beverage that was indistinguishable in taste and appearance from the test group’s drink. The intensity of cramps was measured using a verbal pain scale and electromyography, and researchers assessed the runners’ susceptibility by measuring the nerve stimulation threshold frequency.