Canadian marathon record-holder Malindi Elmore has had plenty of success throughout her career, but has also experienced setbacks and injuries that have derailed her training. In her new YouTube channel, Win or Learn with Malindi Elmore, the 2:24 marathoner is sharing what she’s done to repair and prevent injuries, starting with her most recent issue, hamstring tendinopathy.

In one of her videos, Elmore meets with her strength coach, Chris Collins, who takes her through a movement screen to first determine if her body is ready to train and then to figure out which areas need more attention. This involved four simple exercises you could do at home to assess your own readiness for activity. If you don’t pass this test, she recommends seeing a physiotherapist, who can help you rehab the injury and create a modified plan to succeed.

In the next video entitled “How to Get Started With a Strength Training Program,” Elmore and Collins take viewers through a series of exercises designed to strengthen the hamstring. The program starts with isometric holds, progresses to eccentric lifts and culminates with a full deadlift. Throughout the video, Collins offers detailed explanations and form cues to help runners understand how to perform the exercises effectively and safely. He and Elmore also dispel the myth that runners should only lift light weights, and instead recommend runners increase their weights and perform three to four sets of five to six reps, rather than 15 to 20 with a lighter weight. 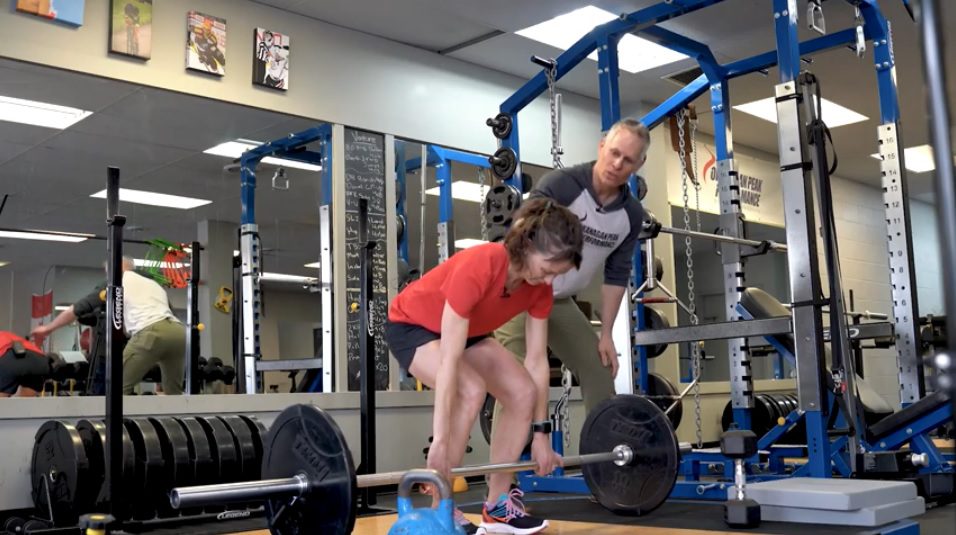 “We want to train as heavily and as effectually as necessary to get you pain-free and running as fast as you can,” he says.

In the next video, Elmore and Collins will be back with a short at-home workout for runners who don’t have access to a gym or who are strapped for time, along with some stretches and core drills to keep you strong and injury-proof.

RELATED: Exercises to strengthen your hamstrings