University of British Columbia won their fourth NAIA Cross-Country Championship title in the last five years on Saturday. The UBC Thunderbirds cross-country teams compete in the National Association of Intercollegiate Athletics (NAIA), a conference for small to mid-sized programs in the United States and Canada.

The men also reached the podium finishing third overall, the program’s best result at the NAIA Cross-Country Championships. UBC is one of two Canadian universities, along with Simon Fraser in the NCAA Division Two, that competes outside of the Canada’s university system in cross-country.

Led by Natalia Hawthorn’s sixth-place result, the UBC women were able to defeat Northwest Christian University (Eugene, Ore.). The UBC women had won the NAIA title in 2012, 2013 and 2014 before NCU won in 2015. UBC placed three women in the top-20 including Brianna Cairns and Nicola Symonds in addition to Hawthorn. 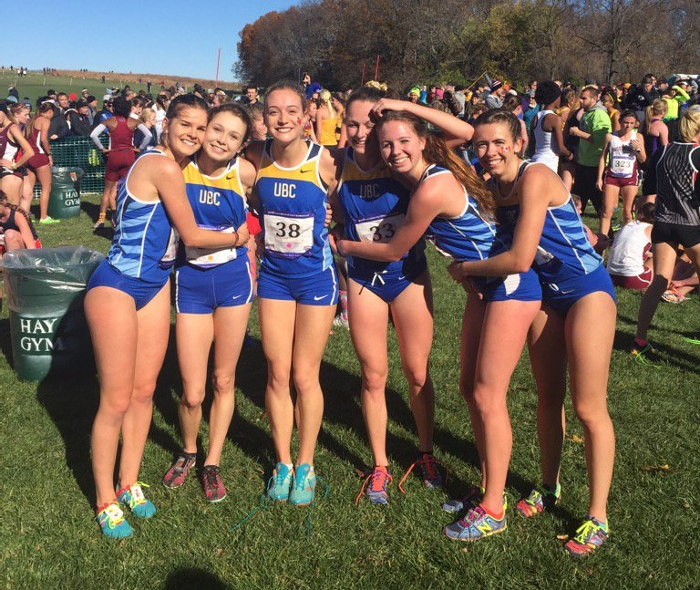 The NAIA Cross-Country Championships were held at Principia College North Farm Course in Elsah, Ill. The venue is located approximately 50 minutes north of St. Louis. The championships were originally scheduled to be hosted in North Carolina but the location was moved because of the state’s HB2 law.

In the men’s race, UBC had the best 1-2 punch of any program as Jesse Hooton and John Gay finished fourth and fifth, respectively. The Thunderbirds placed third overall as a team after being ranked as the university to beat entering the national championships.

Best finish by the men in school history!

UBC’s men’s team was 30 points off the winning program, Southern Oregon University, which scored 122 points among its top-five placers on Saturday. St. Francis (Ill.) was second. Jackson Thomas won the men’s 8K in 23:50.

The University of British Columbia used to compete in what is now known as U Sports, formerly the CIS and the CIAU before that, but has been a part of the U.S.-based association for more than a decade. Many of the university’s other sports teams continue to compete in U Sports.