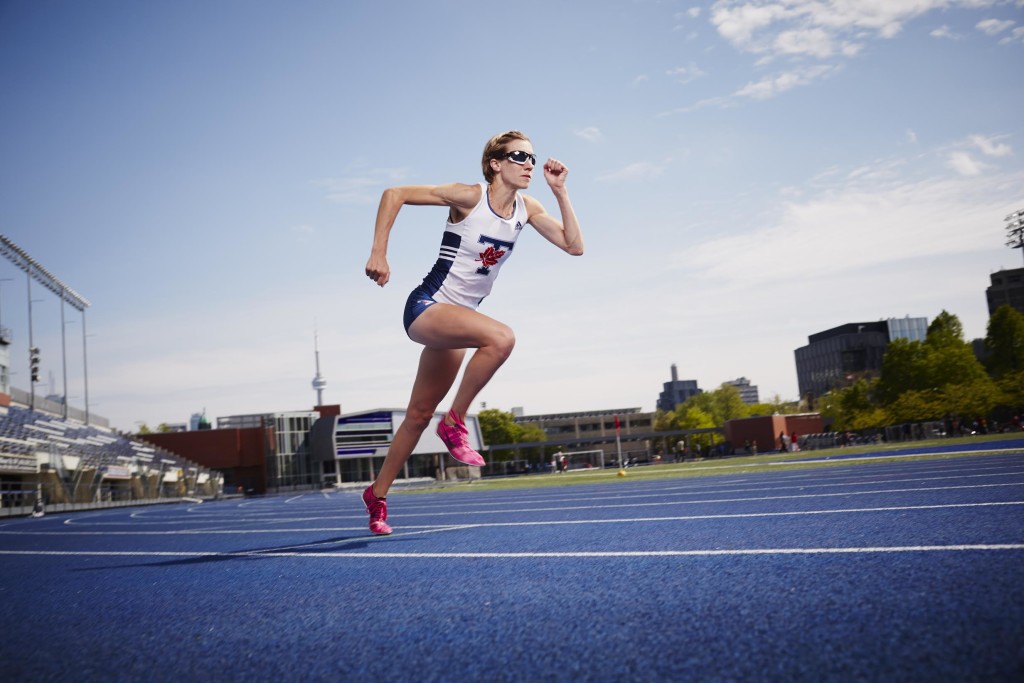 Four Canadian women have already run under the Olympic standard. Toronto’s Sasha Gollish is not one of them. She came tantalizingly close running 4:07.08 in 2015, missing the mark by less than one tenth of a second. She also represented Canada and won the bronze medal in the 1,500m at the Pan Am Games. But that was last year, and a lot has changed for the University of Toronto Track athlete.

RELATED: Our favourite photos from the 2015 Pan Am Games in Toronto

Gollish has struggled so far this season and been set back by a series of bad migraines that get progressively worse during hard training and competition. She has been unable to train at her usual level and hasn’t quite hit the numbers she was hoping for this year. She’s currently seeking treatment and has had a number of tests done to rule out a more sinister issue.

Still, she will line up on Friday evening for the 1,500m heats knowing that her chances of booking a ticket to Rio are highly unlikely. Four other women have already achieved the standard and will be vying for top places to secure their spots on the Rio team. But just as she did yesterday, Gollish will be looking to shake things up a bit.

Unlike most of her competitors in the 1,500, Gollish will no doubt be somewhat fatigued from running the women’s 5,000m on Thursday evening. There, she ran with the lead group right from the gun and held on to UTTC training partner Andrea Seccafien– who finished first and booked her spot to Rio — finishing in a very impressive second place. Her time of 16:00.65 won’t be enough to send her to Rio, but is nevertheless a step in the right direction.

RELATED: Getting to know Sasha Gollish

And just recently, Gollish ran six races in two weeks on a whirlwind tour of the west-coast running track events in Portland, Victoria, and Vancouver before returning home and running the Speed River Inferno in Guelph where she ran a seasonal best time of 4:09.68.

At 35 years of age, her accomplishments are all the more impressive, especially when you consider that she only started running and training seriously two years ago when she joined the varsity track team while completing her P.h.D in engineering at U of T. Before that, Gollish was an accomplished cyclist and duathlete.

Regardless of what happens in the 1,500m on Friday and Saturday (the finals are scheduled for Saturday evening at 7:10 p.m. EDT) Gollish is planning to head overseas to compete in several track races in Europe later this summer, where she will no doubt gain valuable racing experience– experience that one fully expects to pay off for this rising star in Canadian track and field.