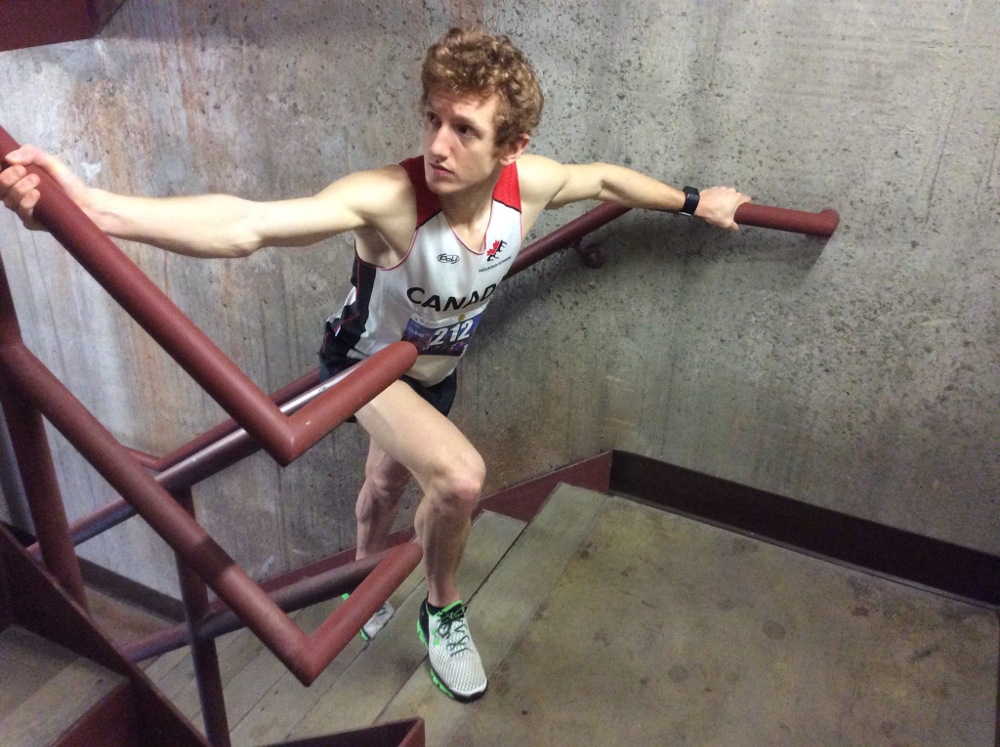 Canadian Shaun Stephens-Whale won a Rainier Tower stair climb on the weekend in downtown Seattle. The 27-year-old, who during his undergraduate degree competed in cross-country and track and field for the University of British Columbia, covered 160 floors, cumulatively, of the 41-storey building in less than 18 minutes. The event is officially known as the Fight for Air Climb Seattle.

According to Stephens-Whale, he set a new course record for fastest single climb (3:37) as well as the overall course record for 160 floors (17:19). The race also included climbs of 40, 80 and 120 floors. As Rainier Tower, which is often called the “beaver building” as it resembles a tree with a carved-out base, is 41 stories, Stephens-Whale performed four repetitions of the climb. Rainier Tower is located near the famous Pike Place Market.

His overall splits for each quarter of the race were 3:37, 4:33, 4:35 and 4:35, according to Strava. “I’ve never been in a multi-climb race,” he says. “You can take as much recovery as you want after each repetition.” The event is held in a time-trial format with staggered starts. Those who completed more than one flight would take the elevator down for the return trip and repeat depending on their race category.

Stair climbs and stair climbing events are sometimes referred to as a “vertical marathon” or “tower running.” It shouldn’t be surprising that Stephens-Whale has a knack for stair climbing as he has been a member of Canada’s mountain running squad on numerous occasions. He placed 69th at the World Mountain Running Championships in Bulgaria in September.

Saturday’s performance kicked off a busy few weeks of stair climbing as Stephens-Whale will travel to the capital of the United Arab Emirates on Wednesday for the Climb to Abu Dhabi at the Etihad Towers. The Jan. 27 race has a prize pool of US$25,000. He will contest the Empire State Building Run-Up in New York City shortly after on Feb. 1. For Canadian content, he will be racing the WWF’S CN Tower Climb for Nature April 8-9.