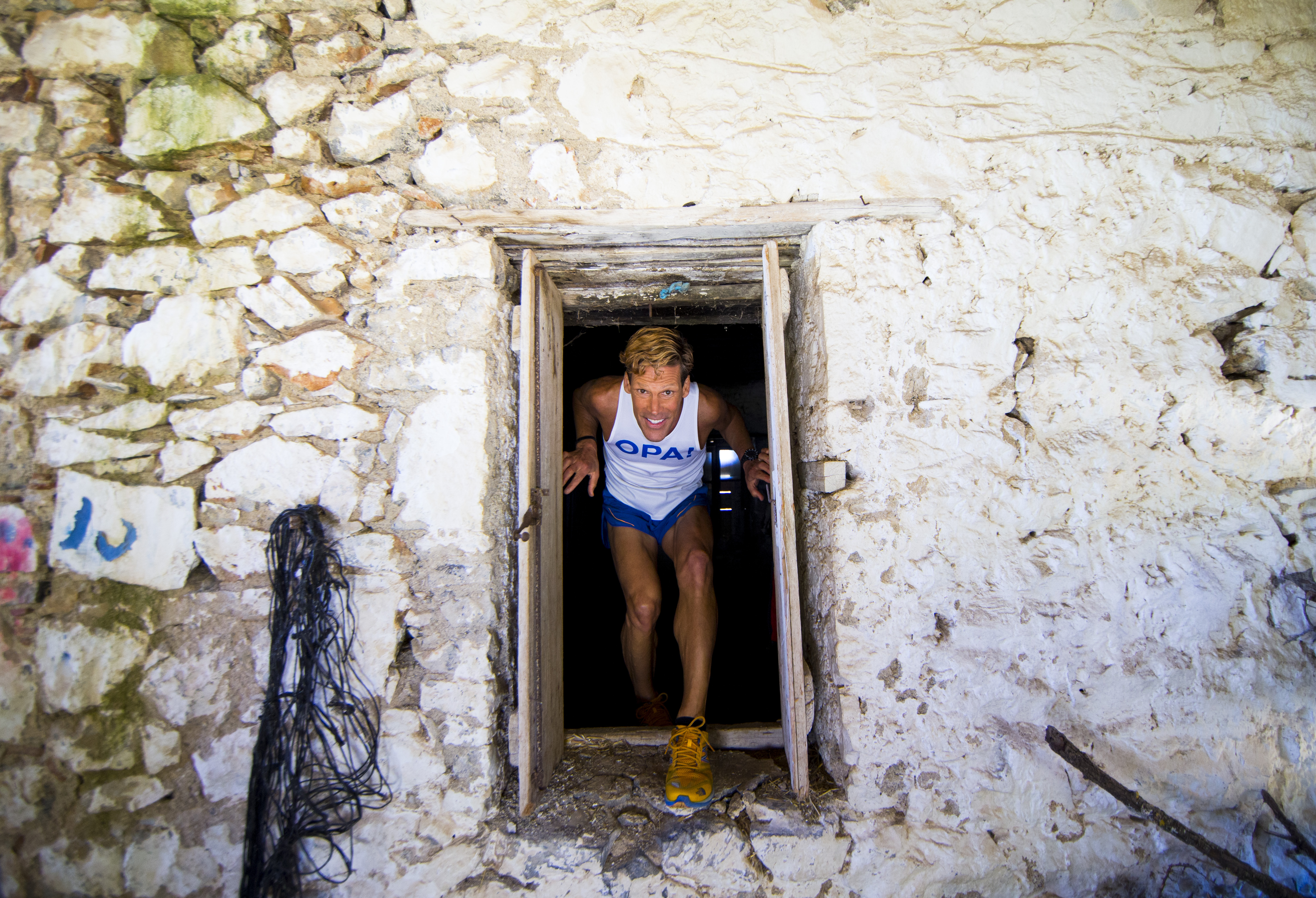 His website is called “ultramarathon man.” Dean Karnazes is not a superhero, but he is one of the world’s best ultra-marathon runners. He has run feats of endurance such as running a marathon in all 50 U.S. states in 50 days; he has won the brutal 135-mile Badwater Ultramarathon; run 350-miles in 80 hours without sleep; won numerous ultramarathon races and he has collected many awards and honours along the way.

RELATED: A run across India: Using running as a vehicle for social change

What many may not know about the runner is that he also likes to put pen to paper to write about his running career. He has shared his adventures with readers in his books called, Ultramarathon Man: Confessions of an All Night Runner and Run! His willingness to share with the general public about going beyond 26.2 miles, in an easy to read, fun way that has gained him popularity and recognition. 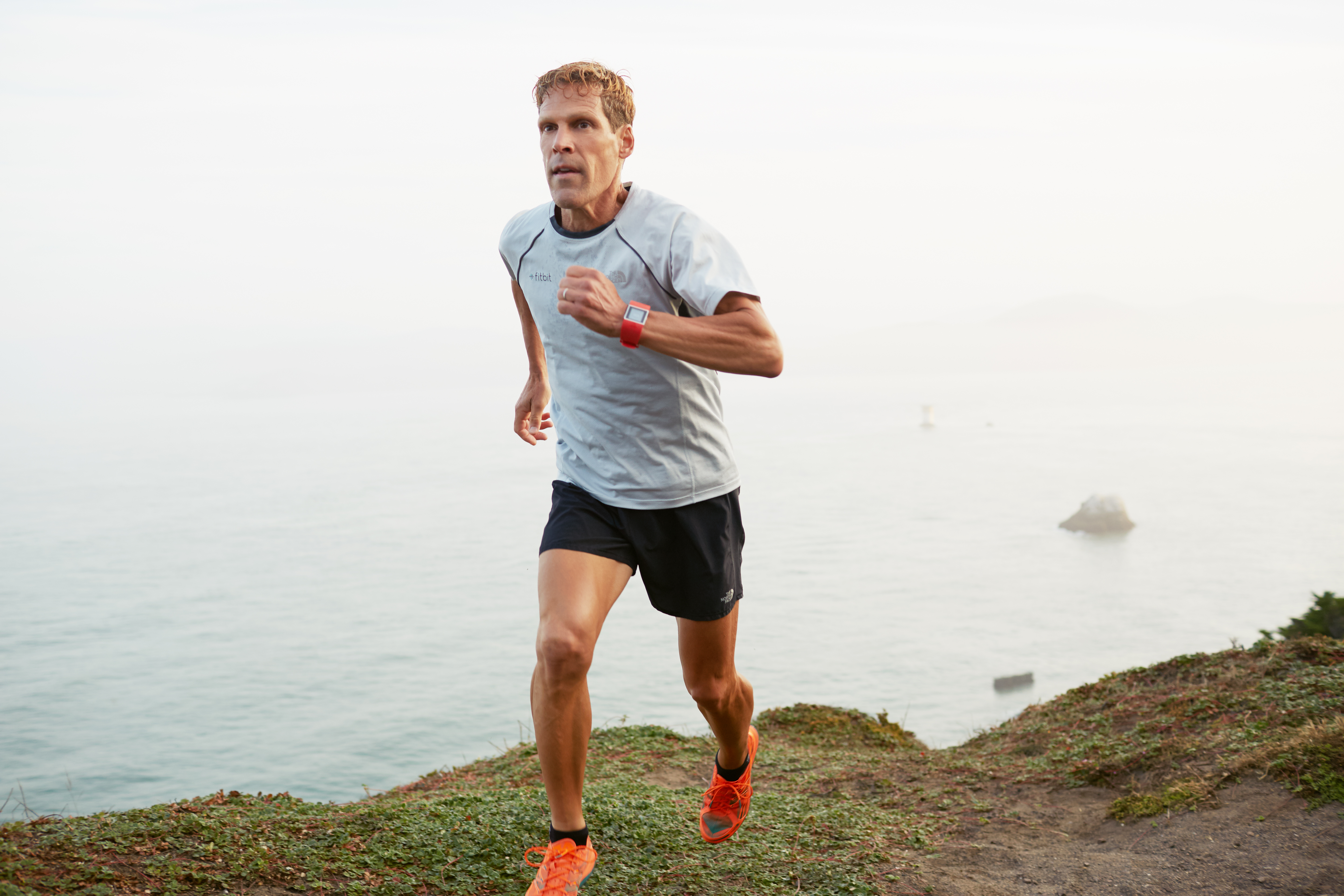 Dean continues to run and write and has recently published a new book called, The Road to Sparta – reliving the ancient battle and epic run that inspired the world’s greatest footrace. Dean talks about about his past and his Greek ancestry that eventually sends him off to his ancestor’s country. The book tells of reconnecting with a family, an ancestry and the origins of the legendary marathon and the story and people that inspired the myth.

For so many years, so many people have told of the story of myth that lead to the idea and start of marathon races. A myth of a Greek runner named Pheidippides running 26 miles in 490 B.C. from Marathon to Athens to tell of how the Athenian army defeated the invading Persian army in a battle. The legend then says that Pheidippides makes the run, delivers his messages and then dies from the exhaustion. 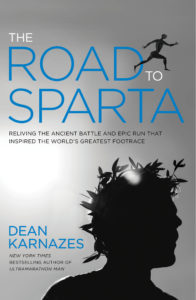 I connected with Dean and asked him about his running, the book you will have to read for yourself.

NP: What is it that drives you to run and push yourself? Why do you run?

DK: Running is the ultimate expression of human freedom. It makes me feel alive and connects me with who I am and what I am. I strive to be the best animal that I can be and to unlock my full potential.

NP: Did you ever think running would take you to where and what you do now?

DK: Never could I have imagined running would take me to where I’m at today. It has been a completely unexpected journey, and a beautiful one. And quite remarkably, I still love to run as much today as the day I first began.

NP: What was the most memorable running moment for you to this point?

DK: When it comes to my most memorable moment in running and in life, the answer might surprise you. I’ve had the great privilege of running and racing on all seven continents of the planet and in some of the most remote and exotic locations on earth. I would say though that my most cherished accomplishment is running a 10 kilometer race with my daughter, Alexandria, on her 10th birthday. Nothing will ever surpass that experience.

NP: After all you have done, are there any running adventures out there left for you?

DK: I’m planning to embark upon a global expedition to run a marathon in every country of the world in a one-year time span. There are 203 countries and I’m working with the U.S. State Department and UN to get the necessary passports and permits to be able to do this. As you can imagine, the planning, logistics and sponsorship negotiations are every bit as complex and difficult as the running itself. But I like the challenge of all these elements. I’m inviting the local country people to come run with me when I’m visiting. It might be naive of me, but I think humanity could use something like this right now. Let’s stop fighting with each other and start running together. This is my small contribution to the world I love.

You can find Dean on his website or on Twitter @DeanKarnazes. You can find his most recent book in bookstores or online.

You can find the author on Twitter at @NoelPaine or on his personal blog.