Three-time NCAA steeplechase champion Allie Ostrander, who opted out of her final year of NCAA eligibility in 2019 to sign professionally with Brooks, has ended her contract with the company, prioritizing her mental and physical health. Ostrander has openly battled with mental health and an eating disorder over the past few years.

In 2021, Ostrander returned to professional competition after being sidelined with multiple injuries for 18 months. During this time, she was hospitalized for treatment of an eating disorder. She managed to bounce back to qualify for the U.S. Olympic Trials, where she ran a personal best of 9:26.96 in the 3,000m steeplechase, to finish 8th.

She made this announcement on Instagram, stating that the sport has taken a toll on her over the last 18 months. “This isn’t me retiring from professional running, it’s just me taking a step back to put my mental and physical health first.”

Ostrander was dominant at the 3,000m steeplechase during her time at Boise State University in Idaho. She won three straight NCAA National Championships in the 3,000m steeplechase from 2017-2019. In 2019, she represented the U.S. in the steeplechase at the World Championships in Doha, Qatar, finishing in 17th place. After her breakout 2019 season, she joined Brooks Beasts Track Club in Seattle to run professionally but has since run into a string of injuries. 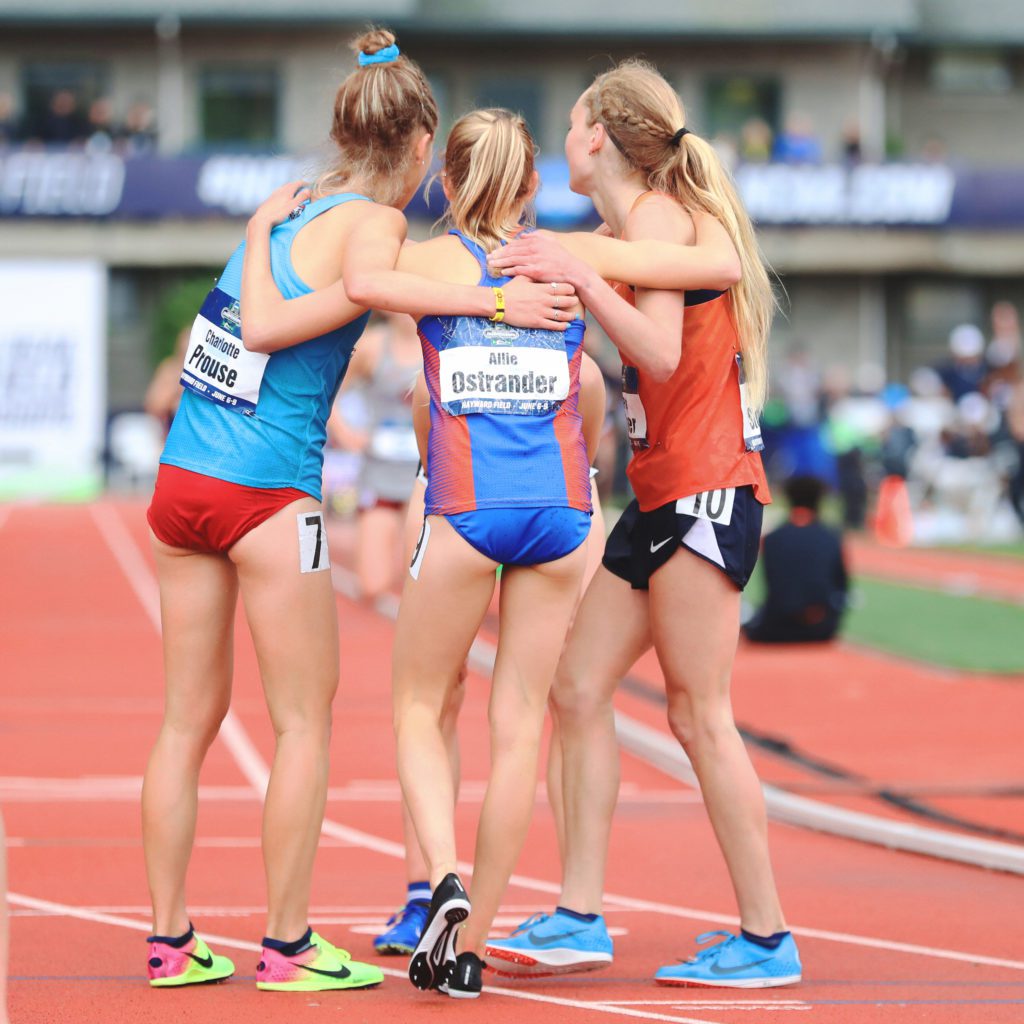 It’s important to look for help if you or someone you know is going through mental health issues. Help is available for all Canadians. Learn about the resources available, here.