Ray Harmony has the perfect name for a musician.

The 37-year-old works full-time in music and is a self-described runner. Not long ago, he committed to running 5K every day for a year in order to beat depression. Then, he wrote a song about it. Through his music career so far, he’s had the honour of working with some respected industry household names: Serj Tankian (System of a Down) and Tom Morello (Rage Against the Machine) being two such examples.

Born in South Africa, Harmony moved to England but now calls Canada home. He began playing piano at the age of seven, guitar at the age of twelve and later formed a grunge band called Royd which had a debut single that reached No.1 on the South African charts. Harmony describes himself as a music lecturer, composer, producer, performer, writer and runner. 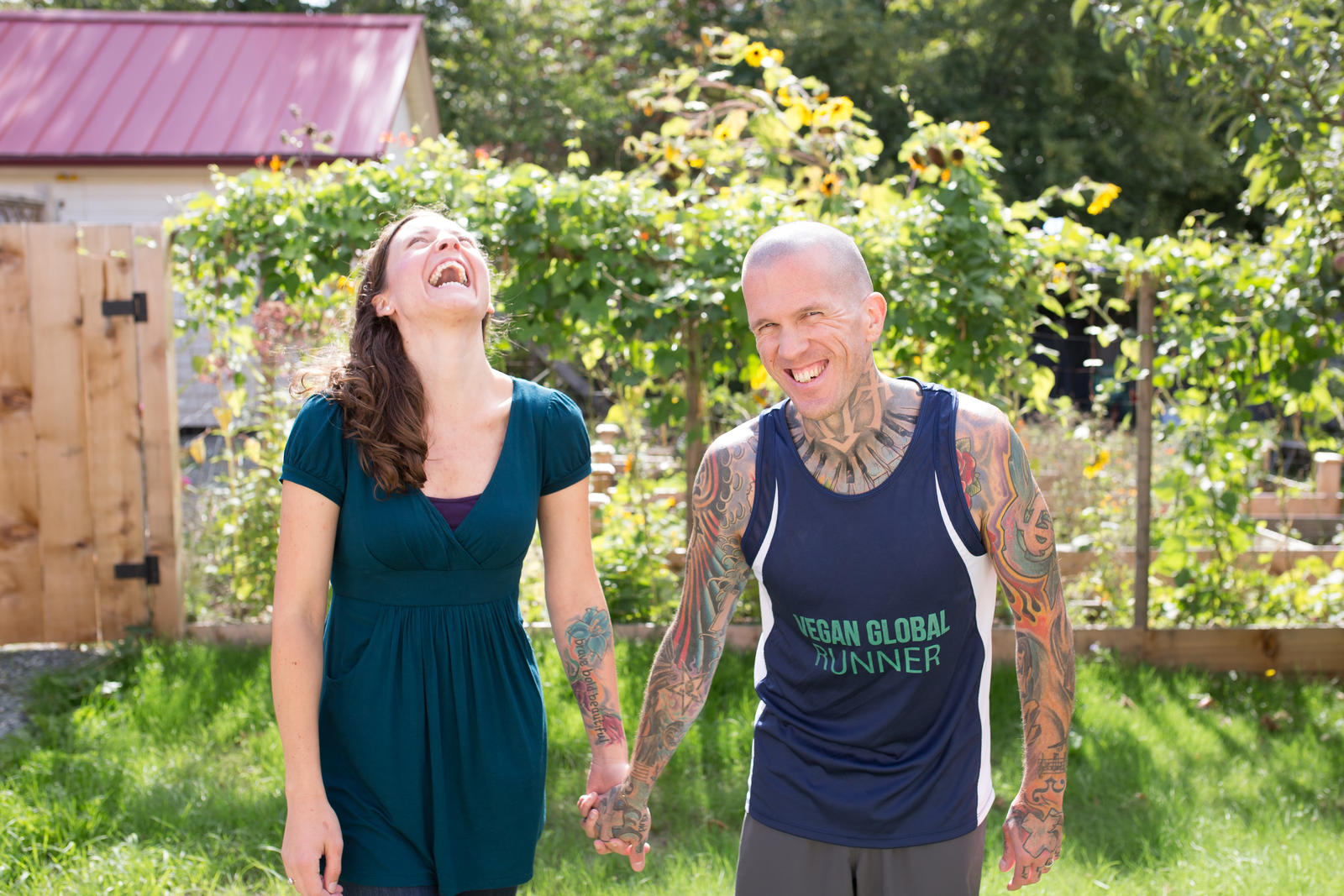 He says he has been running for as long as he can remember. He recently ran a string of 365 5K runs in a row and holds a PB of 18:41 in the distance. In doing that year-long streak, he was affected so much that he wrote a song about the experience. He strongly believes in the power of music and running to heal and do good. The song is called “Two runs make a right.”

I caught up with him to ask him about his music and his running.

How do music and running work together for you?

What a great question! Firstly, I don’t ever listen to music while running– which probably sounds weird coming from a professional musician– but I spend every day making music, writing about music, and teaching music, so when I go for a run, I crave silence. There are numerous studies evidencing the performance gains from running while listening to music, but as a composer I always have music playing in my head, so I think I’m getting that boost anyway. Most vitally, my running empowers me with creativity, vision, energy and focus, all of which make me a better musician, writer and teacher.

What made you write a song about running?

Well I actually can’t believe it took me this long to connect those dots, as I’ve been making music and running for as long as I can remember.

What advice would you give someone battling depression?

Know that you’re part of a worldwide family, so you’re definitely not alone. Reach out to someone like one of the many organizations that are experienced in helping people with depression. They are life-savers. I’m not a doctor, but I would prescribe daily exercise. Running was the only thing powerful enough to create a light at the end of my tunnel, after three and a half years of situational depression following my second immigration. Running heals the root of depression, the mind, by leveraging its best friend, the body. I discovered that as my body became healthy, my mind effortlessly followed behind. Then one day during a 5K, I suddenly realized it had been days since I felt depressed. With that realization, I closed the depression chapter.

What are your current running goals?

I’m hungry for my first ever sub-18 5K, which I’m hoping to get in September 2017 at the MEC race here in Victoria. On that note, big shout out to MEC for their certified chip-timed races for a mere $15. What a gift to the running community.

You can find Noel on Twitter at @NoelPaine or on his personal blog.