“Tara, why are you so skinny?” asked my six-year-old nephew over the long weekend. I paused, and then responded: “I run a lot.” I knew before I was even finished the sentence that it wasn’t a suffice answer, so I went on to explain more for him. “My mom and my dad are both pretty small people, so when they had me, they made another small person.”

My nephew’s question was timely being the blog post about my small-framed body that I wrote recently came under fire. It seems I upset some readers by explaining that I consider 118 pounds to be my mid-sized weight but as a 5’6 small-boned, small-framed runner, this is my truth.

I’ve always been a small-framed person: not short, not scrawny, just little in physical stature. As a young child in the 80’s I had a t-shirt that read: “Tiny but tough” given to me exactly because I was a tenacious little ball of energy, who loved to get in there and mix it up with the boys in every sport imaginable. I didn’t think much of my size back then because I wasn’t extremely small, or large. There’s also the fact that nobody ever bothered me about it.

As the years passed and I grew to be a teenager, I remained what would still be categorized as small-framed. Hockey became my priority sport and I went on to attend the Athol Murray College of Notre Dame at the age of 14. This is a boarding school in the tiny town of Wilcox, Sask. known for its hockey program. So, off I went, leaving behind my family in Ladner, BC. It was there that I became more aware of my small stature.

RELATED: How running is getting me back into competitive sport in my thirties

“It was the first time someone had pointed out I was little, despite the fact that I ate a lot. It was also clear that it bothered her.”

During this time, my body was going through changes, as bodies tend to do at that age. The combination of cafeteria food, and changing hormones tipped the scales higher than ever before, but that frame of mine still remained small. To this day, I can still vividly recall a scene in the cafeteria where it became evident to me that I was naturally smaller than the majority of the girls I competed with and against. A group of my teammates and I were eating dinner and I had just sat back down at the table after getting my third or fourth bowl of cereal (after eating whatever was served for a main meal). A teammate looked at me and said, “Dubs (nickname), you eat like five bowls of cereal after every meal and you’re still tiny, what’s up with that?” I shrugged my shoulders and kept eating my Raisin Bran. It didn’t bother me, but it did stick with because it was the first time someone had pointed out I was little, despite the fact that I ate a lot. It was also clear that it bothered her. In that moment I realized that in life, some people might be annoyed by my small frame. That’s something that as a child, I never had to concern myself with. Other kids simply didn’t care. 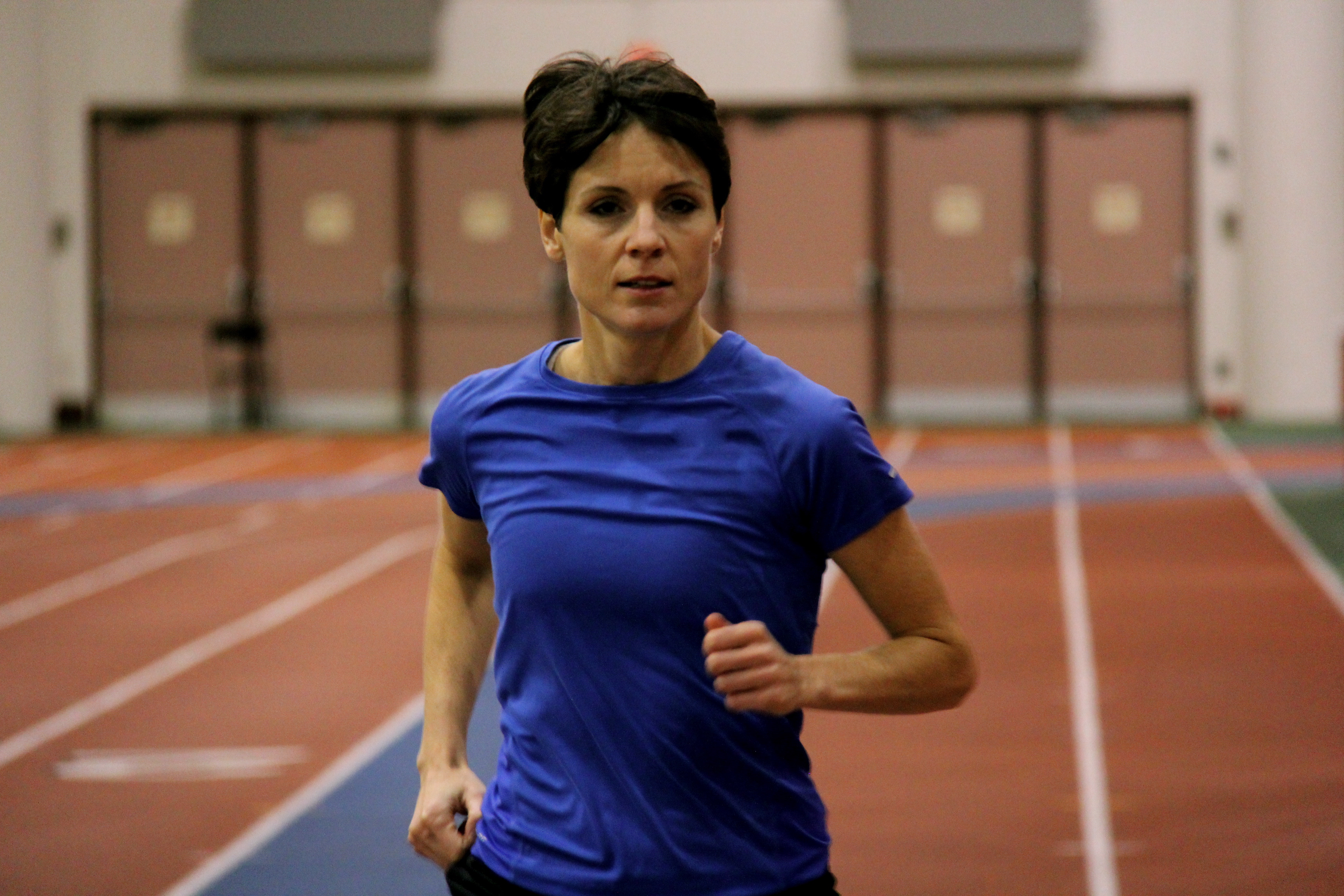 My healthy appetite continued throughout high school and I didn’t think much of my small frame then. That changed. My desire to shine as a competitive athlete has always been a strong component of my personality. I continued to excel on the ice rink to the point where in college, I started competing against the top female hockey players in the nation. It was clear that in order to compete at that level, my body needed to change. I needed more bulk, and so I worked on it – and I worked hard. I hit the gym every day to lift weights, made sure I ate a ton of carbohydrates and slowly I began to build the muscle and girth that I needed in order to hold my own in the corners, in front of the net, and on rushes towards the goal as I pushed up against defensive players still much larger than me. I maxed out at 136 pounds. That may not seem like a lot to some, but at 5’6 with a naturally small frame, it is a significant number – within that context. Let me emphasize: I am specifically talking about my own body here.

I didn’t feel any shame about my smaller stature in college despite the fact that on the ice, bigger would have been better. Rather, I simply knew what I had to do in order to give my body the opportunity to perform at its best. The same rings true for me today as a competitive runner. I came to this sport because I missed my hockey days and I missed the thrills of competition. I still have a small frame, and now as a 38-year-old woman, I’m still dedicated to giving my body the opportunity to reach its full potential. This looks different now. As a runner, I don’t need nearly the body mass that I did as a hockey player. Running is actually a much more suitable sport for my natural body type – which is a bonus.

“The body positivity movement often features stories about women embracing their voluptuous shapes or shifting perceptions of beauty to include curvier bodies. This is valid and I agree with these sentiments. My experience however, illustrates a woman with an opposite story.”

Still, one focus for me in this personal physical journey is to stay diligent in making sure that I get enough quality fuel in every single day in order to stay at an optimal weight. This means I don’t miss meals, and I eat plenty of healthy snacks throughout the day, which include a good balance of carbs, protein and fats. Everyone has challenges that they face as an athlete. Injury and illness become far too abundant once I dip too far down on the scale. This is not to say I’m immune to illness and injury when I’m at my optimal weight, but it certainly does make a difference.

I may be skinny according to societal standards, but for a runner with my body type, I’m at a healthy weight. That’s what matters most to me. The body positivity movement often features stories about women embracing their voluptuous shapes or shifting perceptions of beauty to include curvier bodies. This is valid and I agree with these sentiments. My experience however, illustrates a woman with an opposite story. I believe I’m not the only person in the running community who has had to fight against slipping into a less-than-ideal weight. There needs to be room to say that.