Just because it’s cold and half the country is covered in snow and ice doesn’t mean that running and racing should be shelved until spring.

RELATED: The unseen benefits of winter running and training

There are a number of excellent racing options early in the new year to keep you motivated, fit and fast and which also guarantee a great time.

Organized by the Ceevacs Roadrunners and part of the Frontrunners Island Race Series, the Cobble Hill 10K is a small community race that features a beautiful route on quiet country roads that predominantly passes farmland and forest. It is also known to produce predictably fast finish times.

Hosted by the Burlington Runners Club, the 38th annual Robbie Burns 8K is a popular mid-winter event for runners and walkers of all abilities. The course is flat and when the weather permits, fast, with a fun “sprint for the line” finish. All race amenities, including kit pick-up, bag check, change/shower facilities and a generous post-race breakfast buffet are conveniently offered inside a local high-school. After the race, participants enjoy a crowd-pleasing awards ceremony and costume contest in the gym.

Described as “Winnipeg’s finest 5 mile winter running event,”–which is almost certainly true given it’s the only one–this fun-filled run raises money for the Roverview Community Centre. Conditions on race day can be as cold and unforgiving as you can imagine but participants are willing to brave the elements for the post-race meal, draw prizes and unique finisher medal.

This exceptionally popular event that often sells within hours with be celebrating its 28th running in 2017. The courses is a scenic route that starts and finishes at the Roundhouse Community Centre in Stanley Park and runs along the famed Seawall to English Bay and back again. The event is also part of the newly established B.C. Super Series.

Since its inception in November 1987, the Demi-marathon de l’Acadie/Acadia Half-marathon has taken place on the first Sunday of every month starting promptly at 10 a.m. Rain or shine, wind or snow, participants of all abilities have taken on the net downhill point-to-point course from St. Isidore to Tracadie-Sheila on New Brunswick’s east coast. 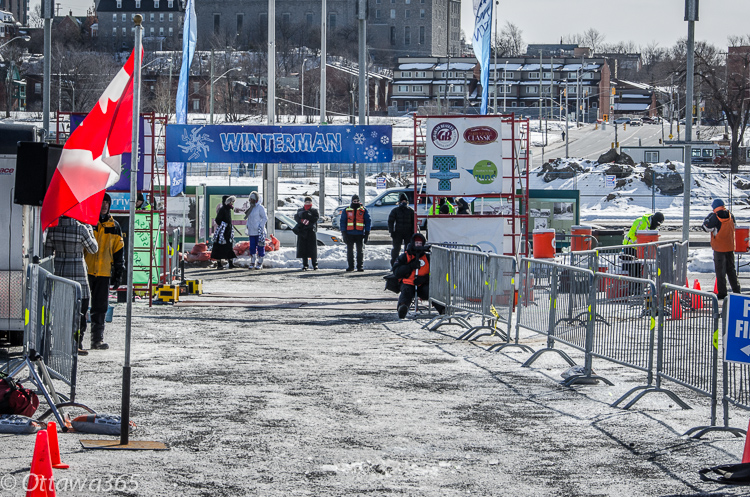 An official part of Winterlude–Canada’s winter festival–this annual event takes place at the Canadian War Museum. The single course features a 5K out-and-back ‘loop’ along the Ottawa River that, when the weather permits, affords a skyline view of the nation’s capital. Be sure to dress warm as it is almost always frigid this time of year.

Sunday February 26th: Peterborough YMCA Half, ‘Half a Half’ & 5K, Ont.

Now in its 39th year, the annual running of the Peterborough Half also includes a ‘Half a Half’ (10.55K), 5K and kid’s fun run. The course provides a challenge to both serious and casual runners and features a scenic and occasionally hilly out-and-back along the river. Generous amenities including bag check, showers and refreshments are provided at the warm and welcoming YMCA, the location of the race start and finish.

The first event of the popular Circuit de course à pied du Grand Montréal/Greater Montreal Running Circuit and now in its 32nd year, this popular event takes place on L’Ile Bizard in suburban Montreal. The courses feature a 5K loop that starts at Centre socioculturel and turns around at the Club de Golf Royal Montreal. Participants in the 10K repeat the loop twice.