Last month, running coach, journalist and podcaster Justin Horneker’s tweet “What’s your most controversial opinion about running?” has generated some interesting debates about training. Last week we mentioned 24-hour world record-holder Camille Herron’s response about why you should eat something before running in the morning. Another one that sparked a useful conversation was Athletics Canada physiotherapist and 2:33 marathoner Chris Napier’s, who replied: “You are better off building your mileage by slower continuous running and gradually adding miles than by doing 10 and 1s.”

You are better off building your mileage by slower continuous running and gradually adding miles than by doing 10 and 1s (I’m talking about starting a running program, not returning to running following injury) https://t.co/of3vjTPDYv

Napier clarified that he was referring to people starting a run program for the first time, rather than people returning to running after injury. His reply sparked an interesting debate about the relative merits of 10 and 1s (a system that builds a one-minute walk break into your run at 10-minute intervals) versus slowing down so they can run continuously, and building mileage slowly.

RELATED: Should you run on an empty stomach?

Ten and 1s were made popular by Jeff Galloway and John Stanton of the Running Room, who told us in an interview a few years ago that he adopted the practice because when he started running, he couldn’t run continuously without becoming winded. So he developed the system based on his own experience. “I didn’t invent walk-run, but I started walk-run because I could only run a set of light standards and then I had to walk, so I had done walk-run myself. This was about the time we were converting to metric and everything was in tens, which is where I came up with the 10 and ones.”

The trouble with 10 and 1s, as Napier sees it, is that many runners never progress beyond the practice, and therefore never develop the ability to run continuously. They adopt it as a way to “get through” a long run or a race, but the implication is that it may prevent them from ever getting to a point of running strong throughout the distance and finishing strong.

Napier believes this only seems necessary for three reasons: beginning runners haven’t yet learned how to pace themselves (i.e. run more slowly so they can run longer), they lack the conditioning necessary to run at a faster pace, and they think they have to run for at least 30 minutes. Instead, he says, they should start by running for however long they can without becoming winded (i.e. going into “anaerobic overload,” as Napier’s debater refers to it), whether it’s five minutes, 10 minutes, 20 minutes, or longer, and gradually extend this time, rather than stopping and starting. That way, they learn pacing from the start.

What if runners were to continue doing 10 and 1s but increase their pace and their time on the road? The point should be to run more or less continuously, whatever distance you are training for. Many recreational marathoners at some point find themselves walking through water stations in the latter half of a race, but there is no evidence that continuing to race using the system of 10 and 1s is beneficial. Napier says, “The goal of training, in my opinion, should be to gain the ability to run the entire distance for whatever you are training for.” 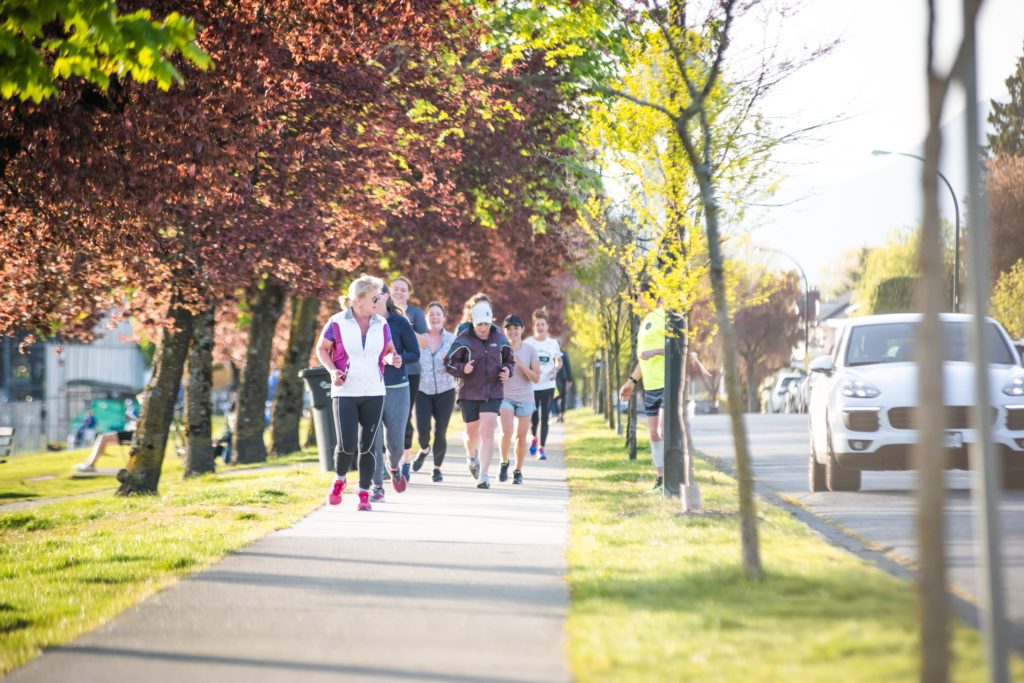 RELATED: Is your knee pain arthritis, or something more treatable?

At one point, science journalist Alex Hutchinson joins the conversation, mentioning that Galloway even claimed running 10 and 1s made you faster, citing the famous example of Bill Rodgers stopping to tie his shoe during the 1975 Boston Marathon. (Not only did he win, in 2:09:55, but he set a new course and American record. A Runners World story says Rodgers actually stopped four more times to drink water.)

Napier’s response: “Would Eliud Kipchoge have been faster had he stopped to walk for a minute?” referring to Kipchoge’s 1:59:40 marathon in October.